Having cloudynights? Take a sip of coffee and let's chat about other things around us. From food to games, this is for all the off-topic chat.
Post Reply
52 posts

chrisyeo wrote:Any Ghibli fans out there? I just came back from visiting the Ghibli museum in Mitaka 2 weeks ago..

Ah yes I've been a Studio Ghibli / Miyazaki fan since Nausica and the Valley of the Wind.

Haha.. same here.. got all the movies.
Top

Anyone going to Anime Festival Asia 2008 tomorrow at Suntec?
Highlights include meeting the guy who sung 1200 anime theme songs! Plus the girl who voiced Sherly Nome In Macross Frontier too.
Details here :

Not free though. Admission is $5. I expect the area to be jammed packed as usual...
The Boldly Go Where No Meade Has Gone Before
Captain, RSS Enterprise NCC1701R
United Federation of the Planets
Top

Hi,
Plan to go initially, but it was raining so heavy that I end up "playing chess with Mr Chow"...

Anyway, anyone know which local shop got sell large collection of anime DVD... was looking to get "Shakugan No Shana" I & II DVD for collection purpose.

Thanks and have a nice day.
Yang Weixing

noooooooo!
shakugan no shana is only worth it if you watch on TV. I mean, with around the same theme, might as well get fate stay night or the likes of it.
Top

haven't seen it! i'm planning to buy a copy this week...
Top

Code Geass just started last night on Okto.
Its a great anime and just ended its run in Japan in Sep this year.
Lots of twists and turns allthrough its 50 episodes over 2 seasons.
Highly recommended.

Meanwhile Skip Beat started with a nice premise but over 8 episodes (same week telecast !) i find the anime quite draggy...all those monologues!
The Boldly Go Where No Meade Has Gone Before
Captain, RSS Enterprise NCC1701R
United Federation of the Planets
Top

OOoh! Those of you who like the whole Vampire, superawesomecool powers thing should check out Vampire Knight!:) The manga is better but the anime is easier to follow:) Plus the guys are absolutely swoon-worthy:)
Top

Just watched the Sky Crawlers DVD and its good!
Its amazing the movie was out only in Aug 08 and has since won many awards. The premise is to ensure peace and spare the population of war, contractors are employed to fight proxy wars over controlled areas using child fighters that can live very long lives. The movie featured many cool airplanes and was even featured during the Singapore Anime Festival 2008.
In the "behind the scenes" part, I realised one of the characters was voiced by the actress (or so it seems) that was featured in Kill Bill. I can't confirm though.

Here is the info : 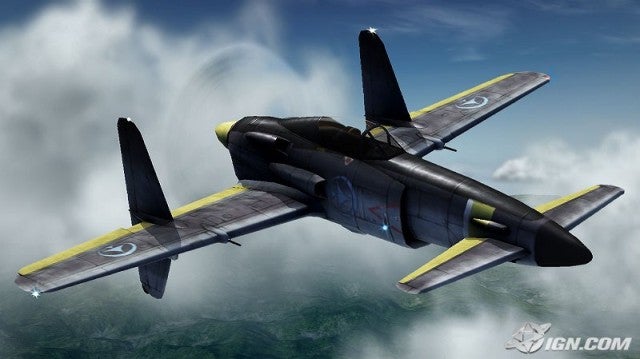 The Boldly Go Where No Meade Has Gone Before
Captain, RSS Enterprise NCC1701R
United Federation of the Planets
Top
Post Reply
52 posts