Bought a new toy? How about writing a review for it? Post it here!
Post Reply
2 posts • Page 1 of 1

Wanted to increase my line of solar images. Finally decided on a Lunt-60mm Calcium Solar Scope with B1200 blocking filter and 2" Feathertouch focuser.

It arrived well packed in an aluminum casing on 12 Apr 13 evening. 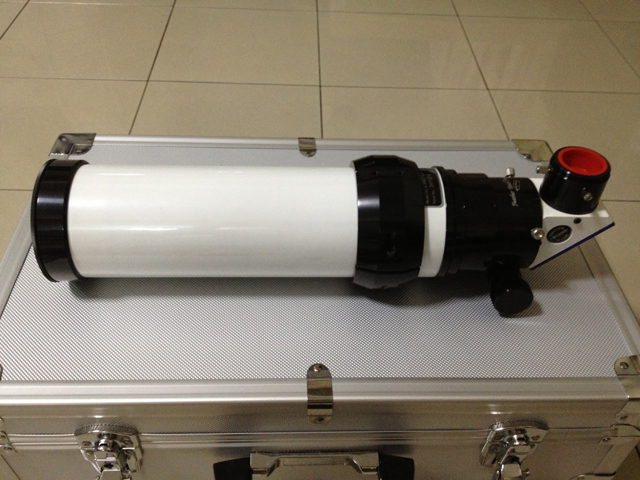 Locating Sun was a breeze. The FTF focuser is a joy to use. Focus just snaps on 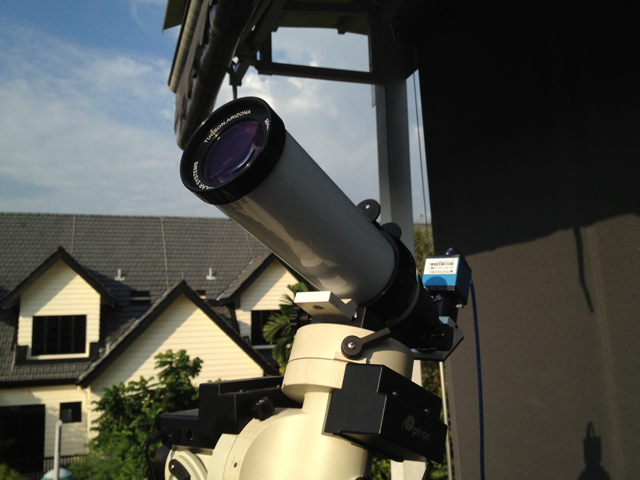 I have included an image from spaceweather so that it is easy for you to see the North-South-East-West orientation. Sunspots move across the solar disk from East (9 O'clock position of solar disk) to West (3 O'clock position). 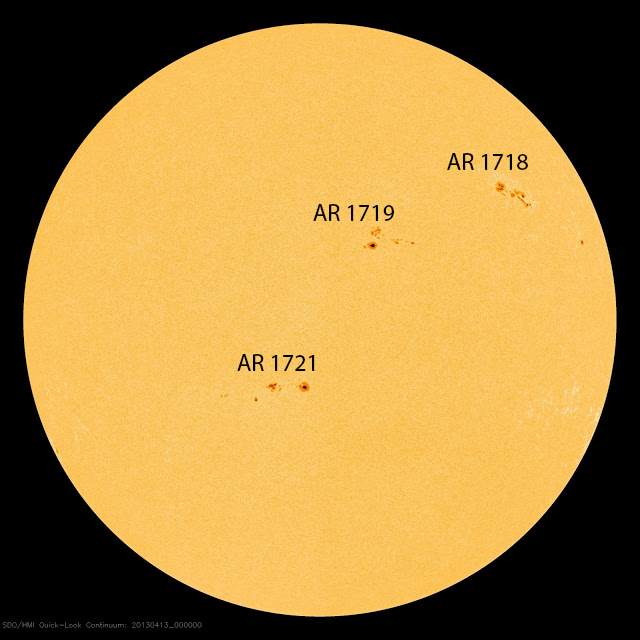 This H-Alpha image is taken with a SF 50 solarscope etalon. 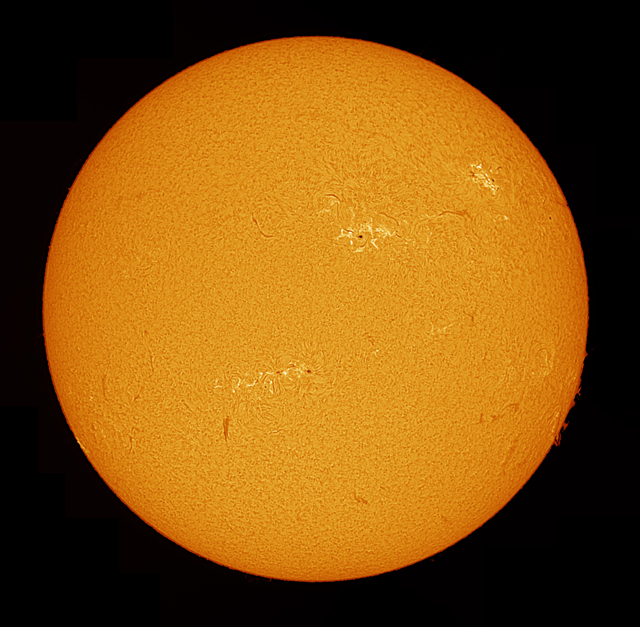 And this CAK-Line image is first light image with the new Lunt CAK scope. 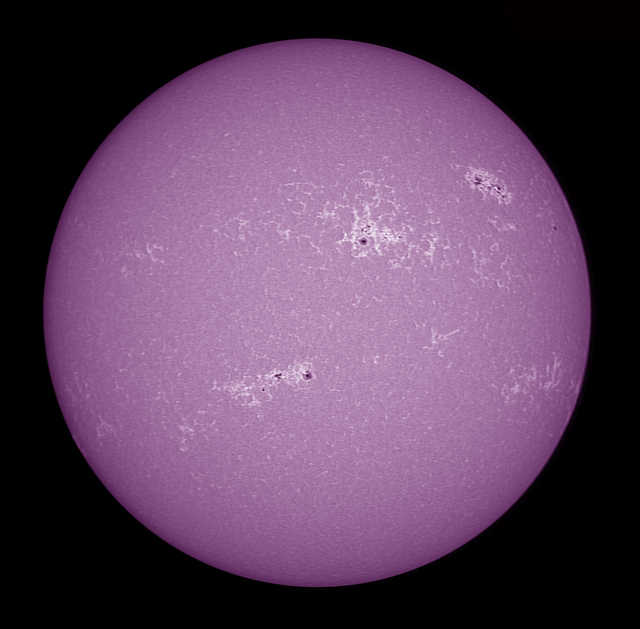 Background Information On what's happening on the Sun

On 10 Apr 13 AR 1718 & 1719 showed potential for M-Class flares. Earth was facing a double-barreled threat. Compared to AR 1719, AR 1718's Beta-Gamma magnetic field which contained energy for M-Class flare was predicted to be more likely to erupt as it was growing rapidly and crackling with C-Class flares.

Instead the magnetic field of AR 1719 erupted On 11 Apr 13 UT 0716 with M6-Class solar (almost X-Class) flares. Excited observers on Earth watched anticipatedly for the CME emerging from AR 1719 to arrive 2 days later. The severity of the CME impact was unknown.

On 12 Apr 13 NOAA forecasters predicted that AR 1719 (which has Delta-Class magnetic field) has a 15% of X-Class flares.

On 13 Apr 13, AR 1718, AR 1719 and AR 1721 all have Beta-Gamma magnetic fields with energy for M-Class flares. On this day, the CME which was propelled towards Earth by a M6-Class eruption on 11 Apr 13 hit Earth at 22:45 UTC. The impact was not strong. It rattled the Earth's magnetic field and induced electrical currents in the ground around Artic Circle. Impact sparked faint auroras in several northern-tier US states. Eventually all 3 sunspots moved out of view without creating much impact.

Both H-Alpha and CAK Line images taken on 13 Apr 13 08:30 hrs showed AR 1718, AR 1719 and AR 1721. The H-Alpha image showed the features at the higher chromosphere whilst the CAK-Line image the lower chromosphere. The temperature at the lower chromosphere is lower compared to that of the higher chromosphere covered by the H-Alpha image. Both images showed plages (bright areas) near the sunspots and areas of intense magnetism. Plage are often seen a few days before the appearance of a sunspot. The CAK Line image which showed wider areas of plage (compared to H-Alpha) seem to suggest that the sunspots will be growing bigger and have potential for flares. But that did not materialise


"The importance of a telescope is not how big it is, how well made it is.
It is how many people, less fortunate than you, got to look through it."
-- John Dobson.
Top
Post Reply
2 posts • Page 1 of 1