Alright, this is for sharing of your observation experience. Or, if you are arranging gatherings, star-gazing expeditions or just want some company to go observing together, you can shout it out here.
Post Reply
4 posts • Page 1 of 1

Since I need to attend an appointment at Potong Pasir in the late afternoon yesterday, decided to recce this site alone for myself for the first time last night. Somehow didn't manage to visit this site earlier even though I stay in Toa Payoh which is relatively near and this site has been mentioned every now and then in this forum over the years.

Thought of starting this thread to consolidate the past info and upcoming development at this observation site.

While checking Potong Pasir map online for my appointment, saw this nearby big green patch. Thought it may be a good location for stargazing without realising/remembering this is the same woodleigh/potong pasir field/bidadari area that was mentioned in this forum and on newspapers. Turns out this may be good thing for me as I could evaluate this place without much bias. More on this later.

Firstly, clear up some potential confusion about the naming (which may have contributed to my not recalling this site). Here are some names used in this forum previously by various members, in online maps and newspaper reports:

Turns out, they are all referring to the same field/observation site which is the big open field between Potong Pasir MRT and Woodleigh MRT! (5) is probably the most descriptively accurate "name" but is too wordy. To those who stay near that area and nature lovers of Bidadari (especially birders), this may not be confusing. But for the rest of us who are not very familiar with that place, it can be!

So for the sake of common discussion in this forum and ease of future forum searching , I suggest we just call this site/field "Bidadari" from this point forward! And if you prefer to shorten it and to call it more affectionately like some birders do, "Bida".

By the way, interesting fact I read from Nature Watch (Nature Society Singapore): " "Bidadari" was derived from the Sanskrit word "widyadari"; meaning a nymph or fairy."
(Source: http://habitatnews.nus.edu.sg/pub/natur ... /a101a.htm)

Before I begin my brief recce report, some history and credits about Bidadari mentioned in this forum.

In between these posts, several other forum members must have discussed about it too. This is an example which initially started off as a discussion about Dempsey in Coffee Corner:
viewtopic.php?f=10&t=4612

Those who are interested to find out more about such previous discussions can continue your research by searching "bidadari" in this forum.

Now back to my recce report. Most if not all of these observations may be the same as observed/reported by others who have visited Bidadari earlier:

- Big open spaces, no lighting inside the field, low grass level, didn't hear any mosquito or got bitten by any.
- Nice pavement/track in decent condition for joggers. Occasional pot holes. Should not be a problem for pushing astro gear along it on a trolley. Better than over grass anyway.
- Saw joggers continue to jog when the sky/field is dark, i.e. 8pm++.
- Comparing the google map satellite photos Kay Heem took in 2007 and current ones and from onsite observation, there are fewer trees.
- No big glaring lights from the nearby roads and houses especially if you walked closer towards the center of the field.
- The field is like a very gentle hill with the highest point in the center. So if you walked beyond that and further away from the main Upper Serangoon Road, the hill itself can be used to completely shield off some of the distant lights from the street lamps and some far away building lights.
- Near Potong Pasir MRT and Woodleigh MRT. Overall, the whole field is slightly nearer to Woodleigh MRT. Additional advantage of Woodleigh MRT is you do not have to cross any road if you come out from Exit A. There's a lift and wheelchair friendly slopes near this exit. You may just walk a few meters on grass from there to reach the nearest field track. To the stargazer, this translate to less hassle and time saved to transport your astro gear to the darker areas in the dark field.
- Quite a few bus stops near the field. There's one near Woodleigh MRT Exit A.
- No car park nearby. According to George, there is one near a condo nearer to Potong Pasir side.
- No temporary shelters. If it rains suddenly, run to nearest MRT/bus stop.

Back to being able to evaluate this place with lesser bias. I did not realise then it was a CEMETERY! For many minutes with no joggers in sight, I was just enjoying the peace, darkness and starry night in the field alone. Every now and then, I will squat down to take some photos with my mobile phone in HDR mode (else all black images as it was too dark and/or phone camera sensor not sensitive enough).

I did not recall seeing or feeling anything unusual or eerie and my photos and videos didn't not capture anything strange too. Just saying how I felt then as a matter of fact, not trying to disprove if eerie things are still present there for those who believe.

So the more "scary" part of this recce to me is to realise now it is *the* Bidadari that will be gone soon! Now I remembered all the news about Bidadari turning into a HDB New Town soon and Nature Society trying to protect as much of it as possible. Also recalled attending this Bidadari New Town exhibition at Toa Payoh Central last year. A quick check with recent news online seems to suggest that the earliest construction work could be as soon as next year 2015.

Unless we find a super rare one-in-a-billion bird species in Bidadari, this field turning into a New Town is a forgone conclusion. So to all stargazers, photographers, joggers, historians and nature lovers, do check out this place at least once before it is all fenced up for construction in a few months.

Phone camera video and photos (shot in HDR and slightly enhanced in photoshop): 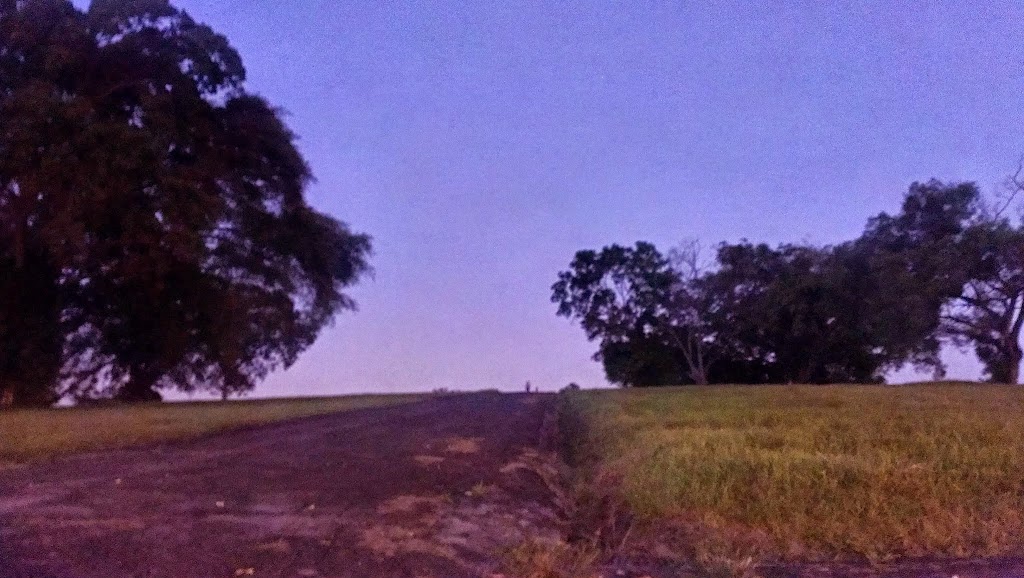 Where I was standing when the above video was shot when the sky turned dark. In the middle of pic, far away up the gently hill, 2 people were playing badminton. 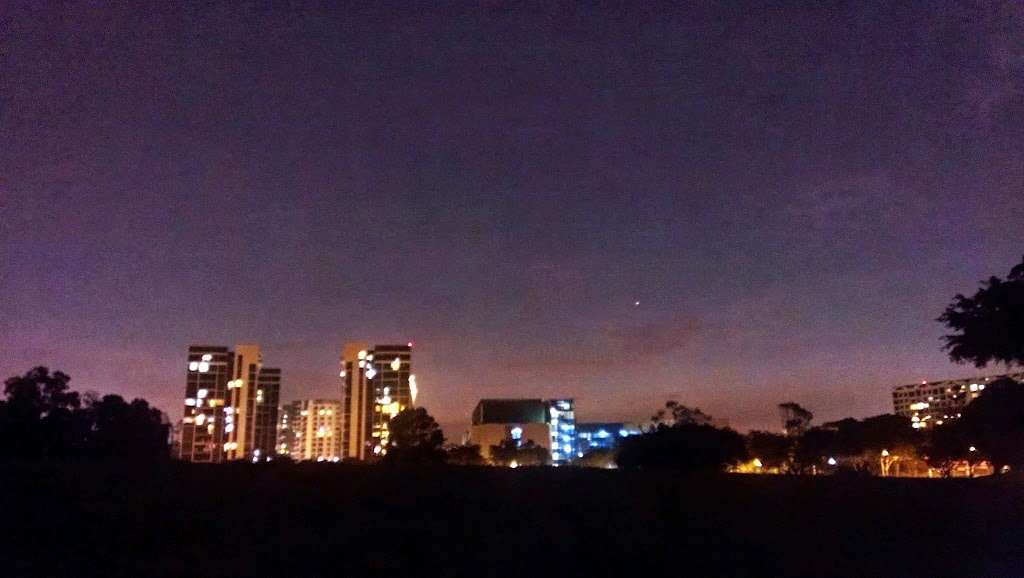 Jupiter setting in the west. 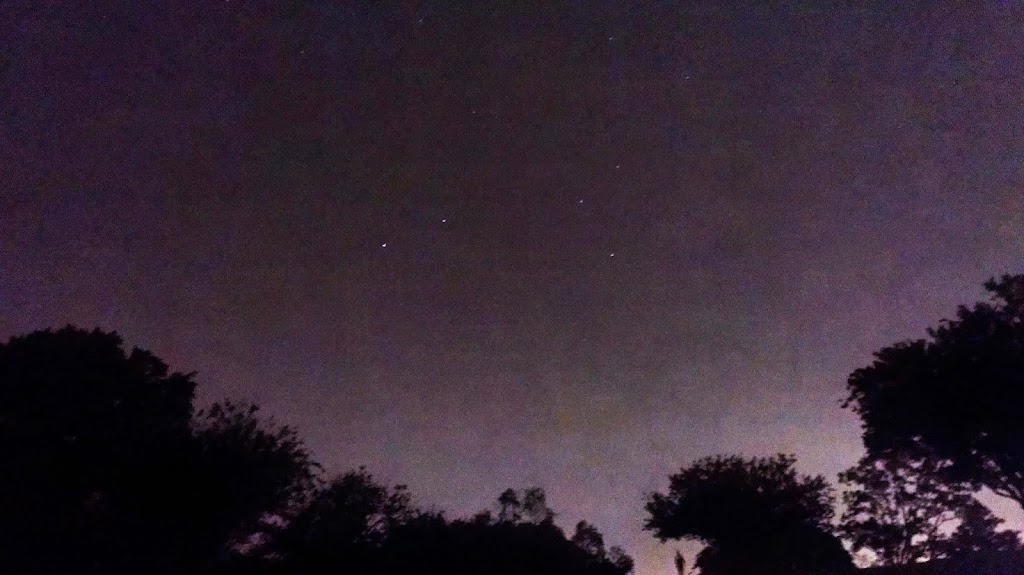 Facing south at about 8pm+. Centaurus and Crux in the sky. Near center at bottom of the pic, silhouette of jogger. He was jogging towards me from a distance. 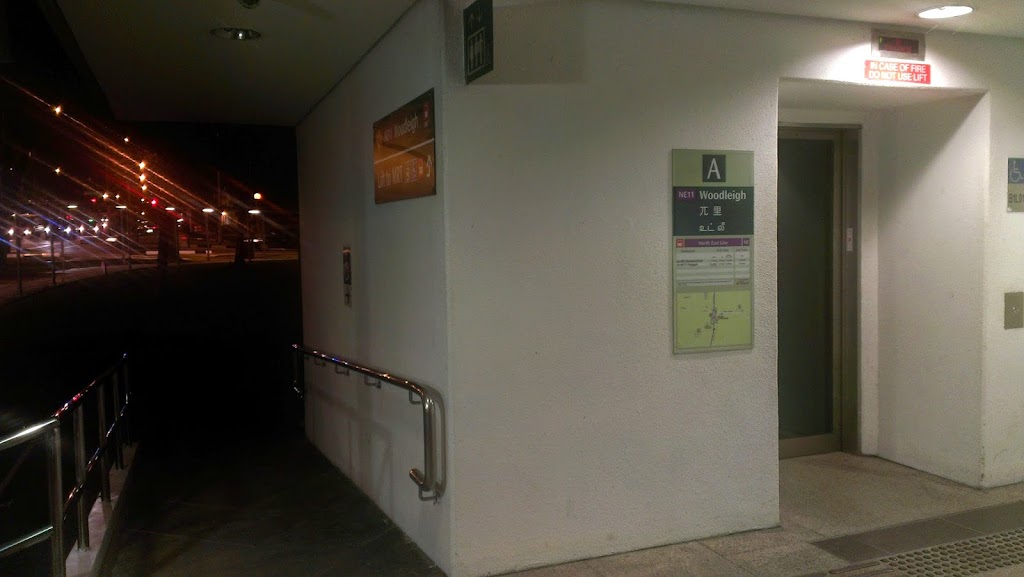 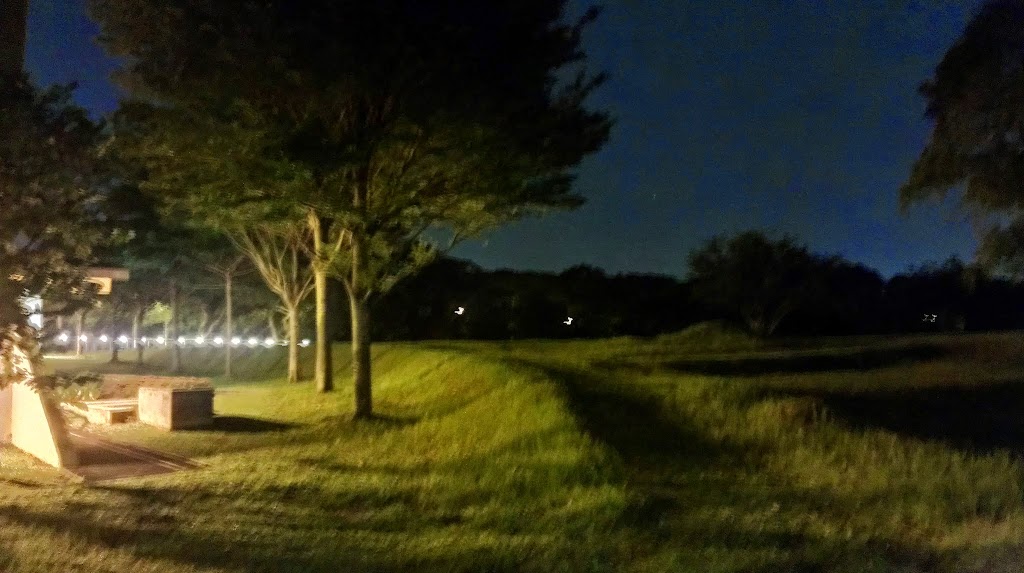 MRT Exit A at far left. Dark pathway in the field just outside of frame to the right. Actual site darker than photographed. 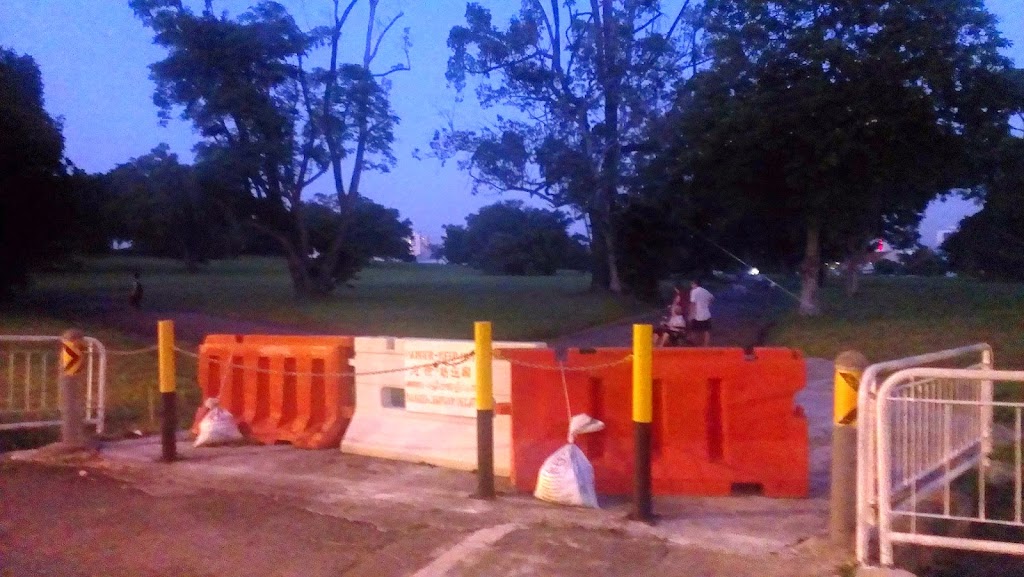 The potential drop-off point for drivers. (George, is this is spot you mentioned below?)

Video by HDB about the future of Bidadari:

Nice report Gary! It is really worth exploring this place before it is gone. I will miss those days of shooting milky way late at night and comet ison early in the morning at this place. I think the proximity to the MRT stations make this place relatively convenient to access

Actually between the two MRT stations, there is a path that leads into the field, blocked by a barricade. I see cars park outside the barricade during the day. I guess it should be fine to park there at night and bring the scopes inside from that path. It is like a shortcut...

If anyone wants to come by to this place, do give me a shoutout! I am just less than five minutes away....

Nope. That is not the drop off area I am talking about. it is somewhere in the between of Woodleigh MRT station and the barricade that you shot. If I got time, I will take some photos.
Top
Post Reply
4 posts • Page 1 of 1