Alright, this is for sharing of your observation experience. Or, if you are arranging gatherings, star-gazing expeditions or just want some company to go observing together, you can shout it out here.
Post Reply
5 posts • Page 1 of 1

Once again its time to document a pretty successful trip to the nearest dark sky site in Mersing! The trip took place over 13-15 July. The duration of clear sky time at night was a definite improvement compared to my last trip there on 13-15th April. Did this trip break the Friday 13th bad luck taboo?

Forgive me if I missed any out or listed wrongly, I was not very attentive this trip

Too many to list, the mersing compound has 2 rows of EQ mounts standing in neat formation, all aligned north very "populated" this trip

Upon reaching the chalet on Friday afternoon, there was much anticipation as this was a first time trip for many attendees. I proceeded to setup and do the mirror alignment for the Sumerian on the small patch to the right of the wooden gate. The planets venus and mercury were visible to the eye on the first evening after coming back from the dinner.

Objects of interest (at least to me) viewed in no particular order:

NGC 6543, planetary nebula in Draco. Also known as Cat’s Eye nebula/Sunflower Nebula/Snail Nebula. I tried using my highest power but because I had to support the front structure of the Sumerian while people queued to view, I decided not to torture myself and slapped on a 10mm eyepiece. Looks pretty birght and compact with a hint of structure.

NGC 6717, globular cluster in Sagittarius. Also known as Palomar 9. I first attempted this in April mersing trip but was defeated by the short clear sky time duration and lots of passing clouds, after netting it in Bintan last month with the NUS Astro Club, I was dying to relook this GC when opportunity presented itself. Small and compact, needs medium power to see. At 5.4 arc minutes across, at low power it is easily mistaken/overlooked as a star. The GC comprises of a mixture of Bright and dim stars, giving it a mottled appearance.

Palomar 8, globular cluster in Sagittarius. No NGC number. Located near to M22 (another GC) and M25 , this globular was much fainter than Palomar 9. With a 10mm eyepiece , it looks like a bubble tea pearl , giving it a translucent, evenly-dim (is there such a word?) appearance. Palomar 8 forms a right-angled triangle with M22 and M25.

Palomar 12, globular cluster in Capricorn. No NGC number. Attempted but defeated after staring into the eyepiece for quite sometime, cant see anything other than a few stars here and there, worth a relook as and when possible by those with bigger apertures in future. A friend of mine also helped to look into my finderscope to double confirm my crosshairs were pointing to where it should be. 2.9 Arcmins across, magnitude 11.99

Comet PanSTARRS c/2016 M1, comet in Ara. Reaching its peak brightness in july 2018 at magnitude 8~9 . It was very fortunate for us. Took abit of time to locate as it was in a star-poor region. No observable tail seen, but can sort of make out the slightly distorted/ovalish shape of the comet nucleus. Its been a long time since I have seen any comet with a obvious tail (except maybe only Comet Lovejoy back in 2016 comes to mind)

Struve 1659 , multiple star in Corvus. Also known as “the Stargate”. Super interesting arrangement of 6 stars. 3 outer stars froming an almost perfect equilateral triangle. And clustered in the tiny center, 3 stars forming an inverted isosceles triangle. The “tip” of the isosceles triangle is fainter than its other 2 stars.

NGC 7789, OC, Cassiopeia. Aka “Caroline’s Rose or the Rose cluster”. This cluster was given the name by the famous English observer duo William and Caroline Herschel. Very aptly named as the loops of stars and swirling dark lanes within the cluster makes it resemble a rose in bloom. Wanted to show to more people present but that region was in and out with clouds. (not to be confused with NGC 2360 Caroline's cluster in Canis Major)

Many other objects seen (the crowd pleasers) , will list out next time, to be continued .

Suay incident number 1 : Pre dawn of Saturday morning, was looking at Pleadies through the scope, went in to take a wide angle shot of the astroimagers with some stars in the eastern sky. Waited abit for sunrise, when out of the blue , gray clouds suddenly approached and a sudden but short downpour began. I was on my way back to pushing the Sumerian on the black trolley till near the fence when it gotten wet. First bath of the dob with rainwater I guess. A grateful thanks to Thomas and Idris who assisted me in lifting up the dob and physically carrying it from the wooden fence all the way to under the zinc roof outside of the rooms.

Day 2 afternoon we had a special talk / presentation by Remus showcasing the past 20 years of Mersing expeditions. A nice video montage including Q & A session with some of the "regular" attendees. There was cake, there was durians by Mike and rambutans by Mr Sulaiman. After that we had the eyepiece group photo and Takahashi group photo. It was nice seeing all the gear accumulated on one table

At around 5pm I proceeded to move out the Sumerian to the grassy patch with Mike's help, once setting down Suay Incident number 2 happened : The alignment of the Sumerian went off as expected, but despite all my attempts to move back the central red triangle (on the mirror) into the collimation cap reflected white circle, I was unable to do so. Having deployed the Sumerian numberous times at mersing and once at Bintan, i was prepared to recollimate but this time the alignment stubbornly refused to happen. In Bintan the distance i had to move the dob fully assembled was even further than in mersing , and I did re-alignment of the Sumerian mirror 6 times with no issue! (the Bintan trip was a 4D3N) . Butterflies were starting to form in the pit of my stomach and i kept muttering to myself "oh shit ...etc" . Went for saturday's dinner very late with a sian feeling. I checked the truss poles were seated properly, all screws were screwed, took out the main mirror and plonked it back into the dob to "reset" but to no avail, the red triangle stubbornly refused to go inside the white circle.
Last edited by antares2063 on Tue Jul 17, 2018 4:55 pm, edited 20 times in total.
I miss the place where stars shine bright, to gaze upwards in awe of the sight
Top

Well written summary! Thanks so much!
Top

Whoa...it's been a looooong while since we had full reports. Thanks Antares2063 !!
And its should be a treat to catch a comet as part of the night's goodies too. Reminded me of that night when we had 2 bright comets in the night sky plus a dimmer one in the morning. Remember?

Strangely alot of old favourites in Sagittarius were not mentioned? M8, M7, M6 , M15 ? Too ordinary already? haha.
Keep it up, Bro.
The Boldly Go Where No Meade Has Gone Before
Captain, RSS Enterprise NCC1701R
United Federation of the Planets
Top

Richard : I did aim at some Messiers and some NGC objects , especially the brighter ones which are easier for first timers to see. Either that when the queue is forming or when my eyes are tired from starhopping to search for something I have never seen before.
Veil nebula (both segments), Helix neb, Dumbbell, Sculptor galaxy, ANdromeda galaxy+ M110, Swan nebula with the rear-end of the swan "passing" gas comes to mind.

Actually this trip there is a 2nd Panstarrs: c/2017 S3 , but it is extremely low in the north and only reaches max elevation pre-dawn. So decided to just skip that one totally. Current location this month : Camelopardalis..lol

Too long to list out every single DSO i viewed, so I always just highlight those I have not seen before / those more obscure objects in the main report so that others can give it a try when they are at mersing 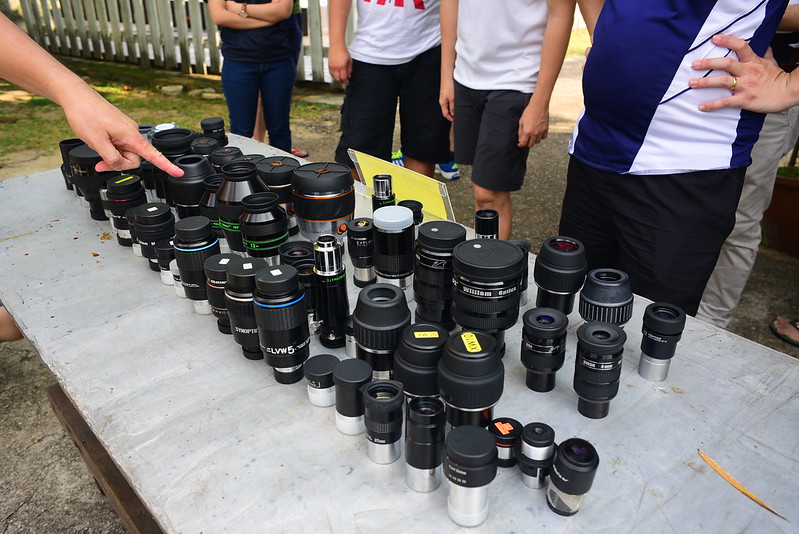 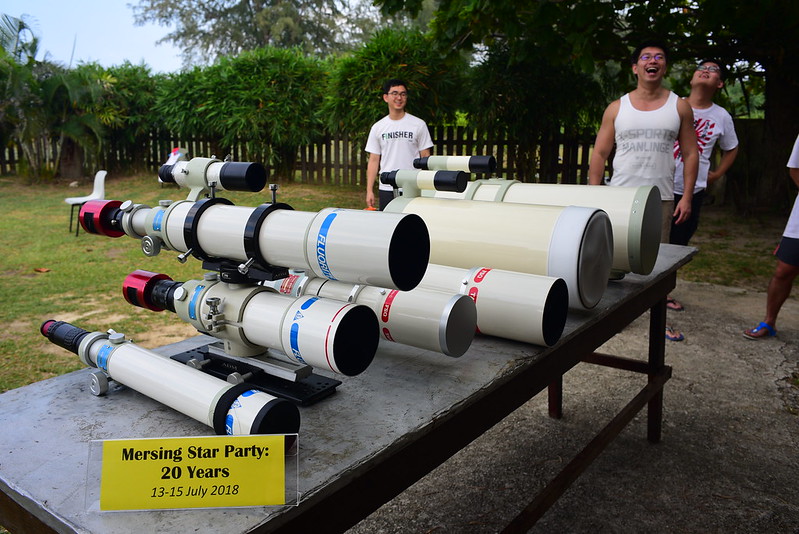 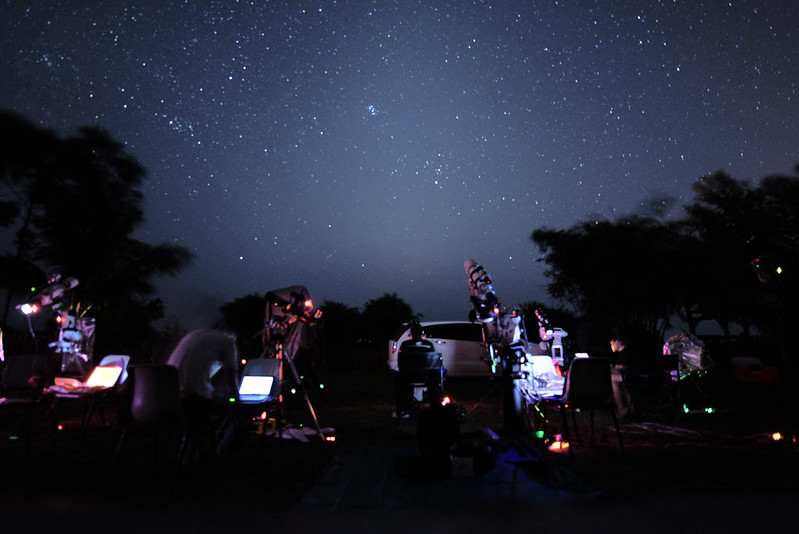 DCN_3465 by Zhung Wei Poon, on Flickr
I miss the place where stars shine bright, to gaze upwards in awe of the sight
Top
Post Reply
5 posts • Page 1 of 1