CCD vs Film? Lots of time vs no patience? Alright, this is your place to discuss all the astrophotography what's and what's not. You can discuss about techniques, accessories, cameras, whatever....just make sure you also post some nice photos here too!
Post Reply
68 posts

2022-Apr-25 Kept tracking the planets-moon co-motion in the morning sky.

I missed last morning's moon-planets alignment -- I was not sure if the so bright moon would make the images of the many-magnitudes-dimmer planets any impressive.
This morning the moon had moved to the side of Saturn. But still way too bright.

I would probably skip tomorrow morning's alignment again. But hope for clear skies in the subsequent mornings -- there will be great visuals of the much thinner crescent moon vs the planets. 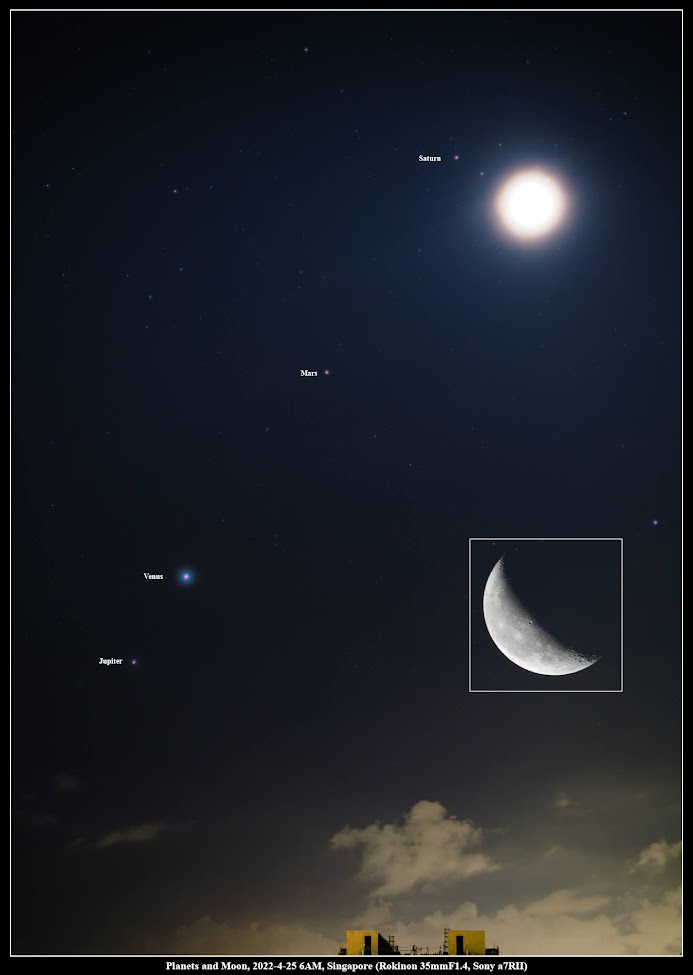 2022-Apr-28 Cresent moon and planets alignment. Hope they are worth the insect bites. 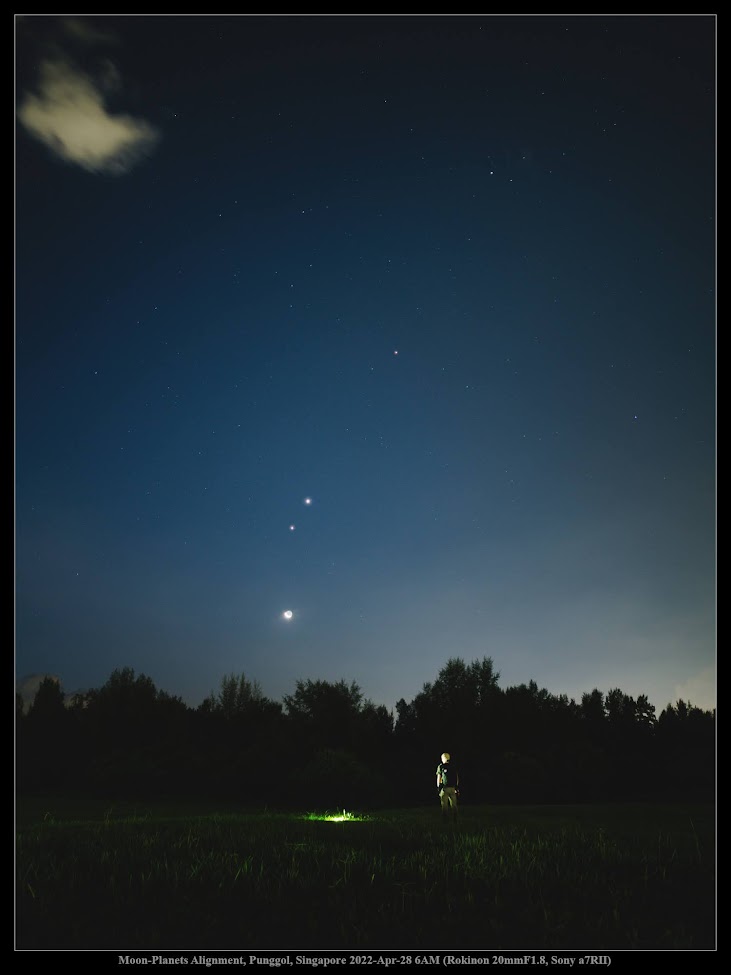 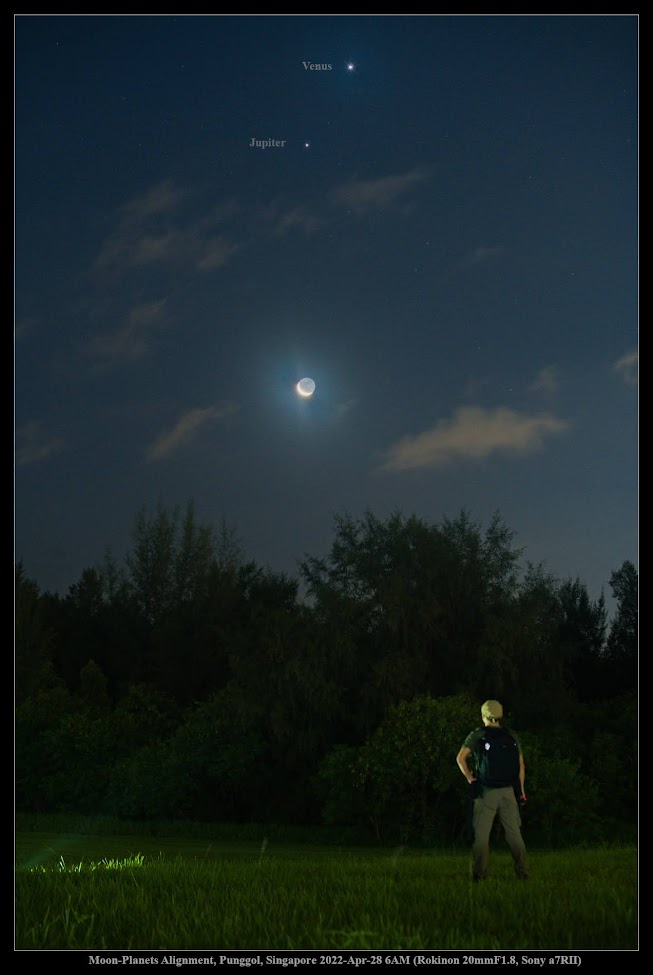 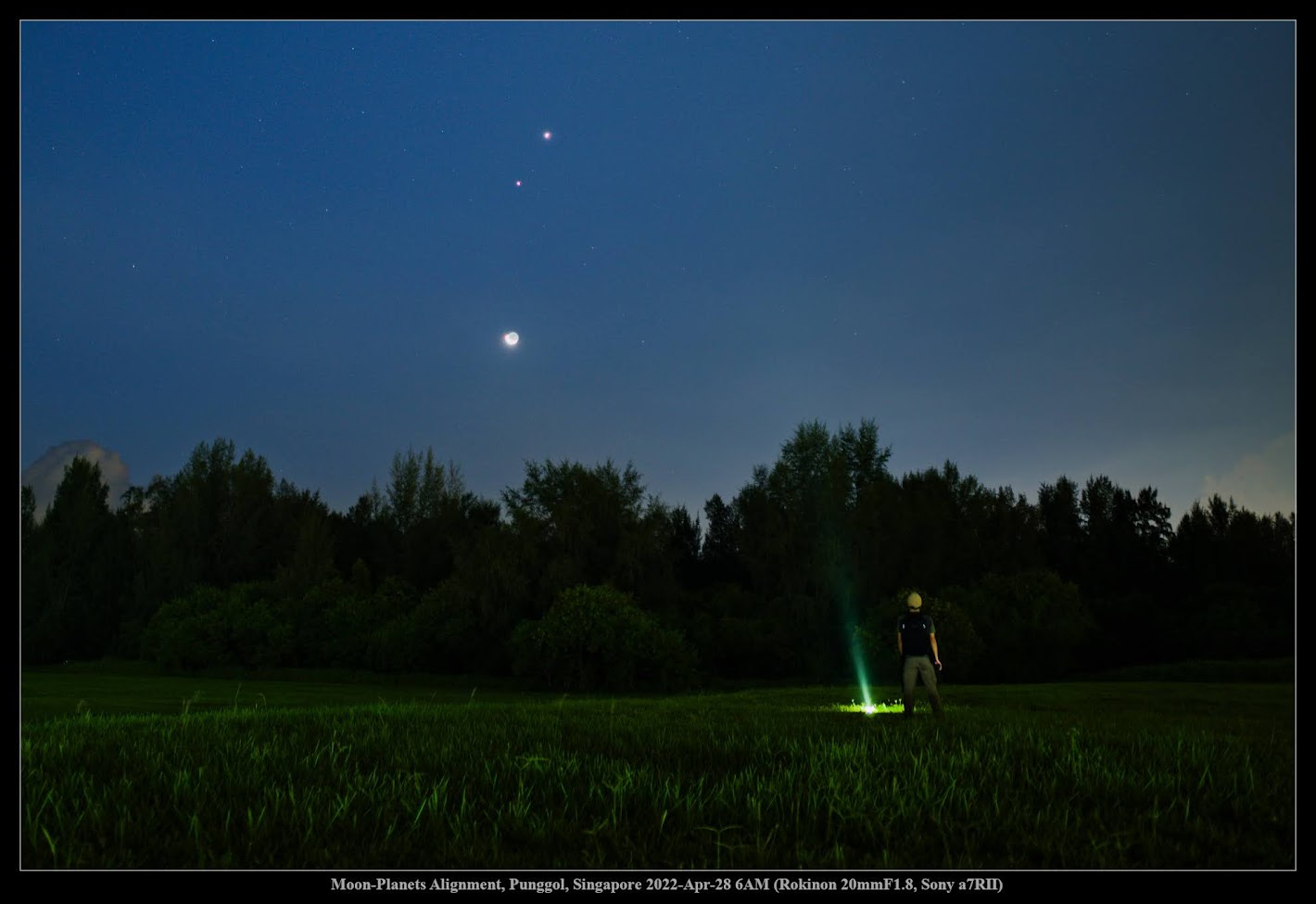 Another impromptu super short trip to Desaru again. Arrived in the evening and left around 11PM.

However it was a little bit cloudy in Desaru. So I went up J173 in total darkness towards Sedili, and stopped at road side a few KMs from Tanjun Sedili beach -- there was a vast open field with a nice unblocked panorama view 360. The skies were noticeably darker compared with those of Desaru. (It is Bortle 4 and SQM21.67 according to lightpollutionmap.com, but much better than Desaru beach's SQM21.3). I was happy shooting but it did not last long before the clouds crept in. I gave up and got on the long return trip via Desaru.

My plan for Desaru astrophotography failed but I returned with a discovery of an excellent Bortle 4 site.

My stock Sony camera finally saw some hydrogen emission under the dark sky. 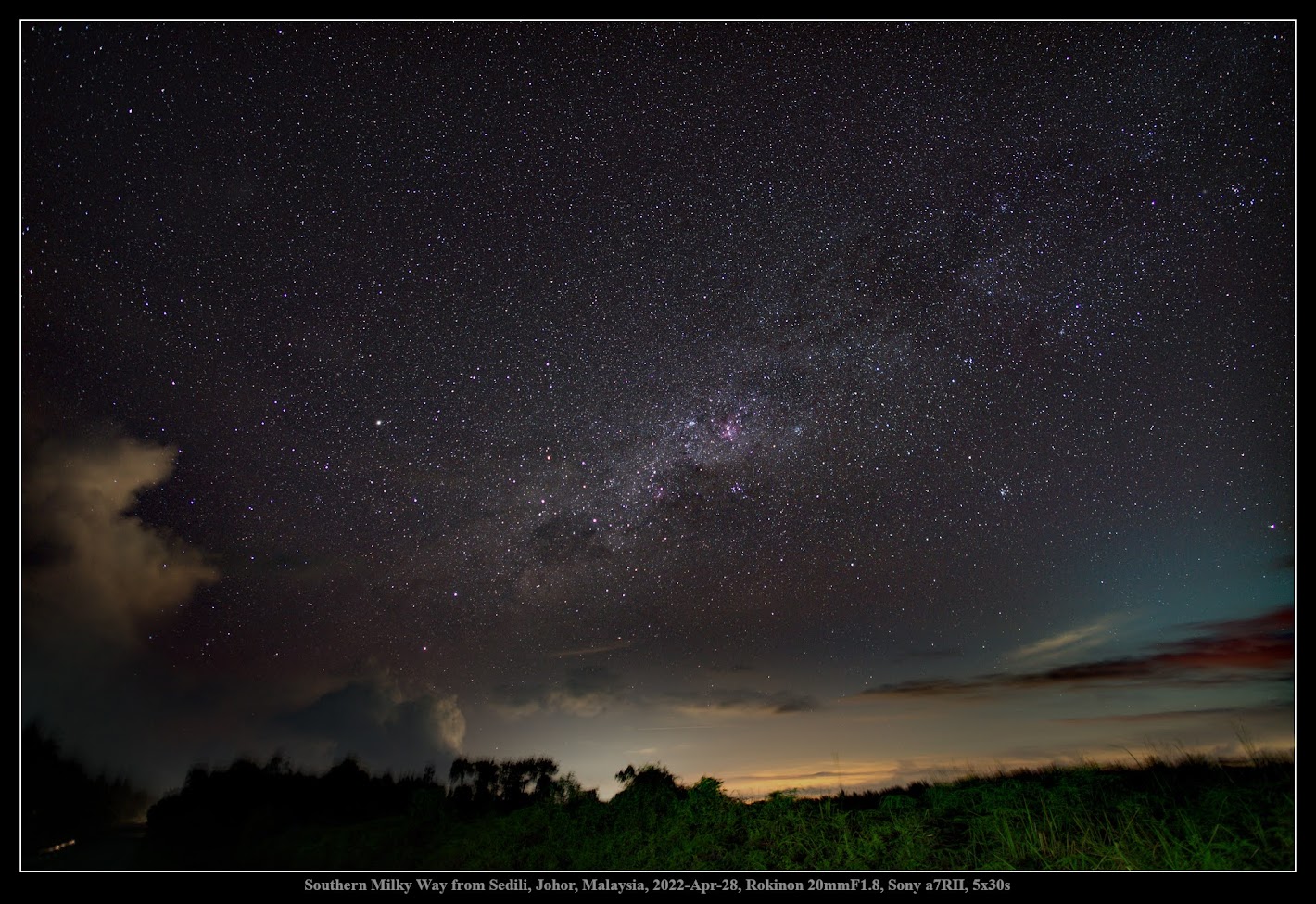 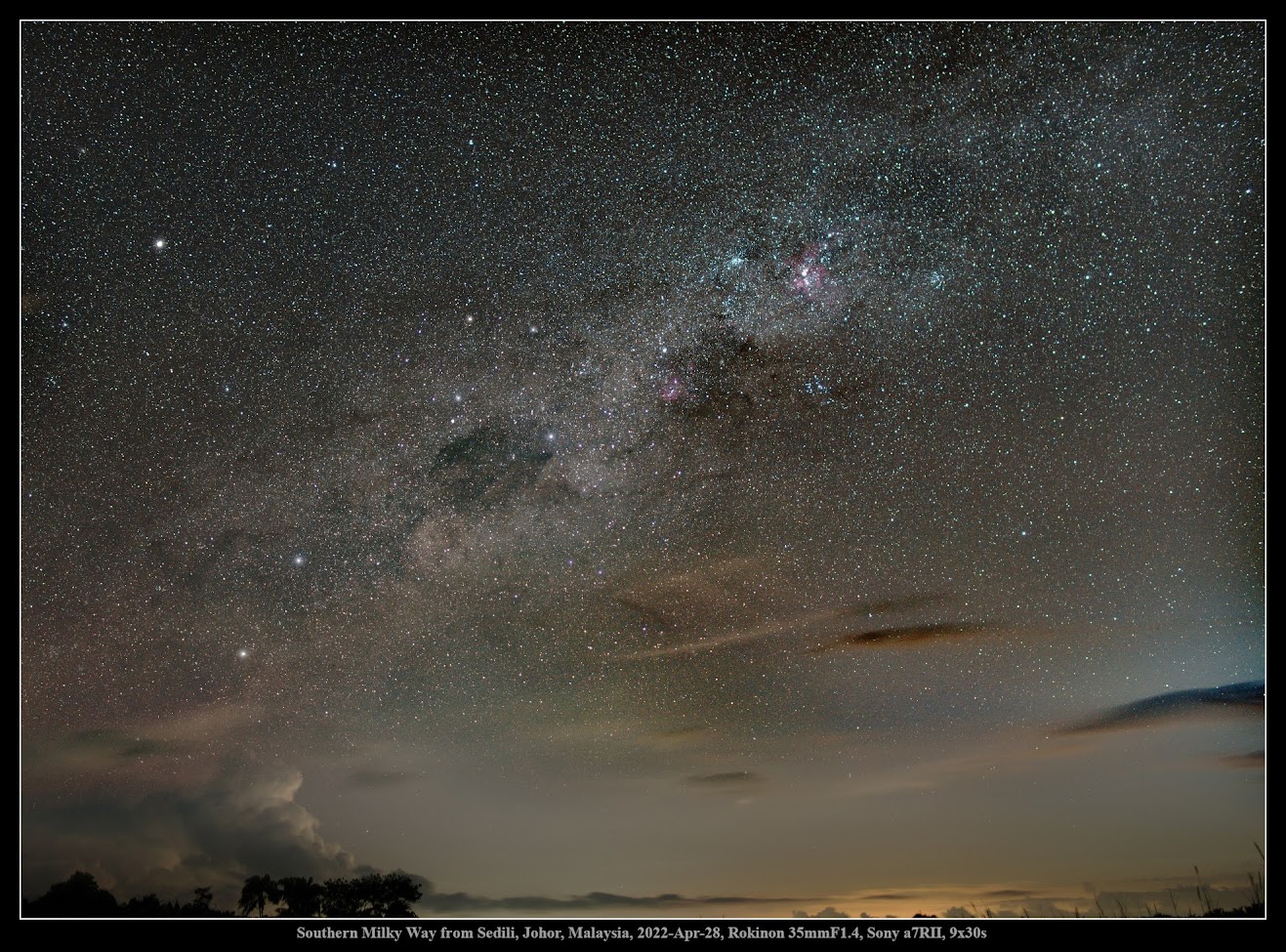 Play with lights under the big dipper. 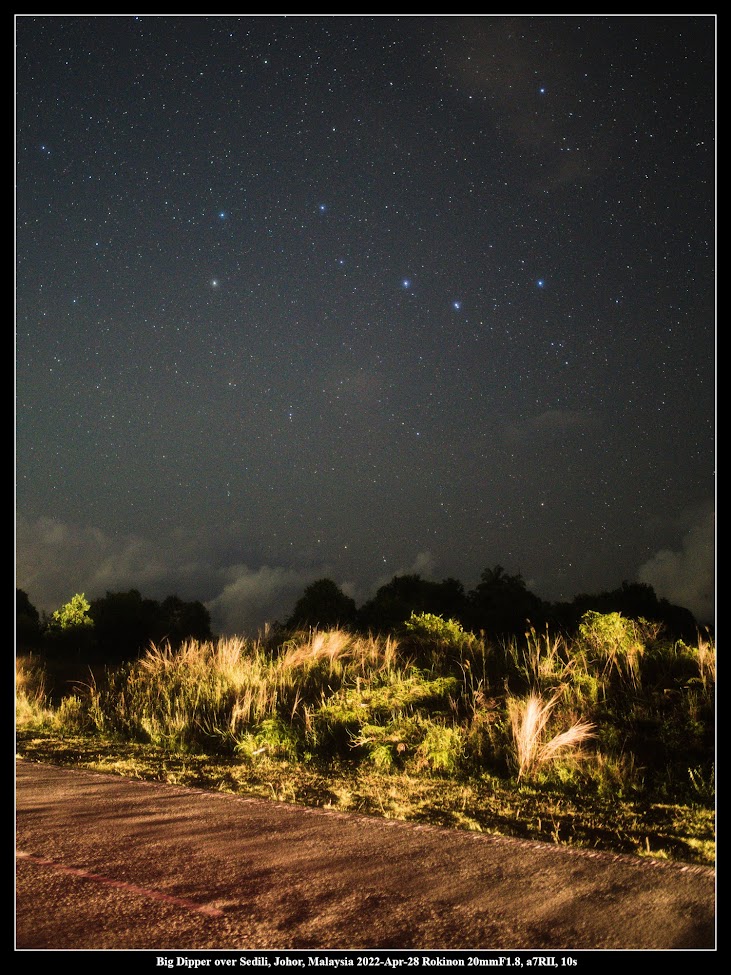 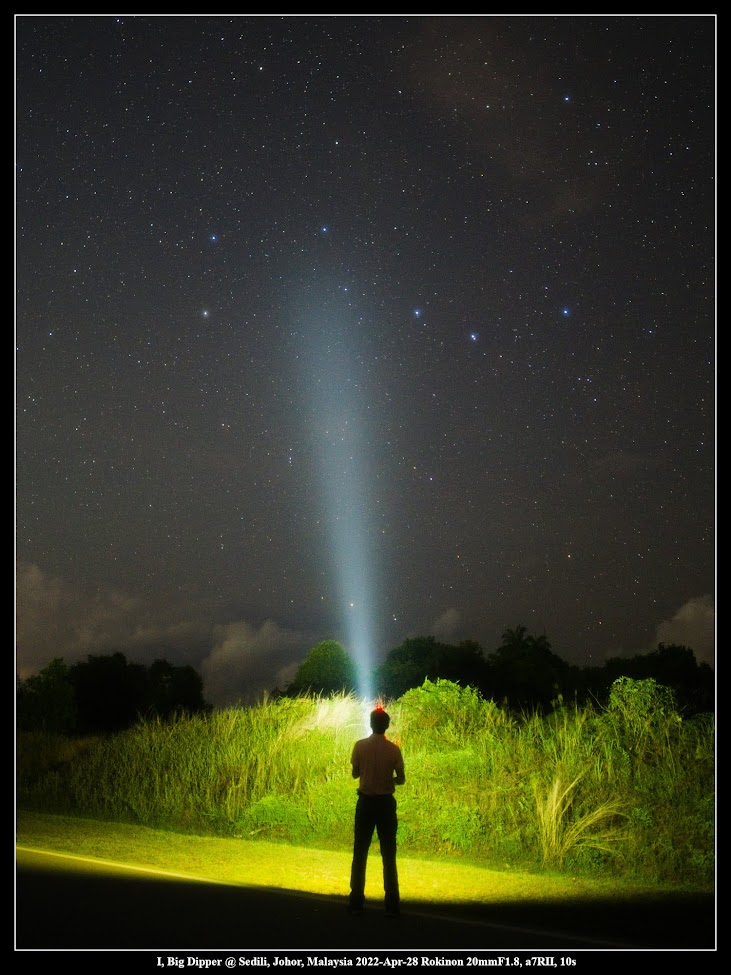 Went up to Desaru coast with family and spent two nights there. The first night past 12AM saw my wonderful times enjoying astrophotography.

This was the third trip to this location of three in a row within the span of 1 week. And the moderate light pollution has become a little pain to my photos -- guess it would be worth some extra trip due north to escape the sky glow -- but that might not happen until late May?

This is a composite image but my favorite. 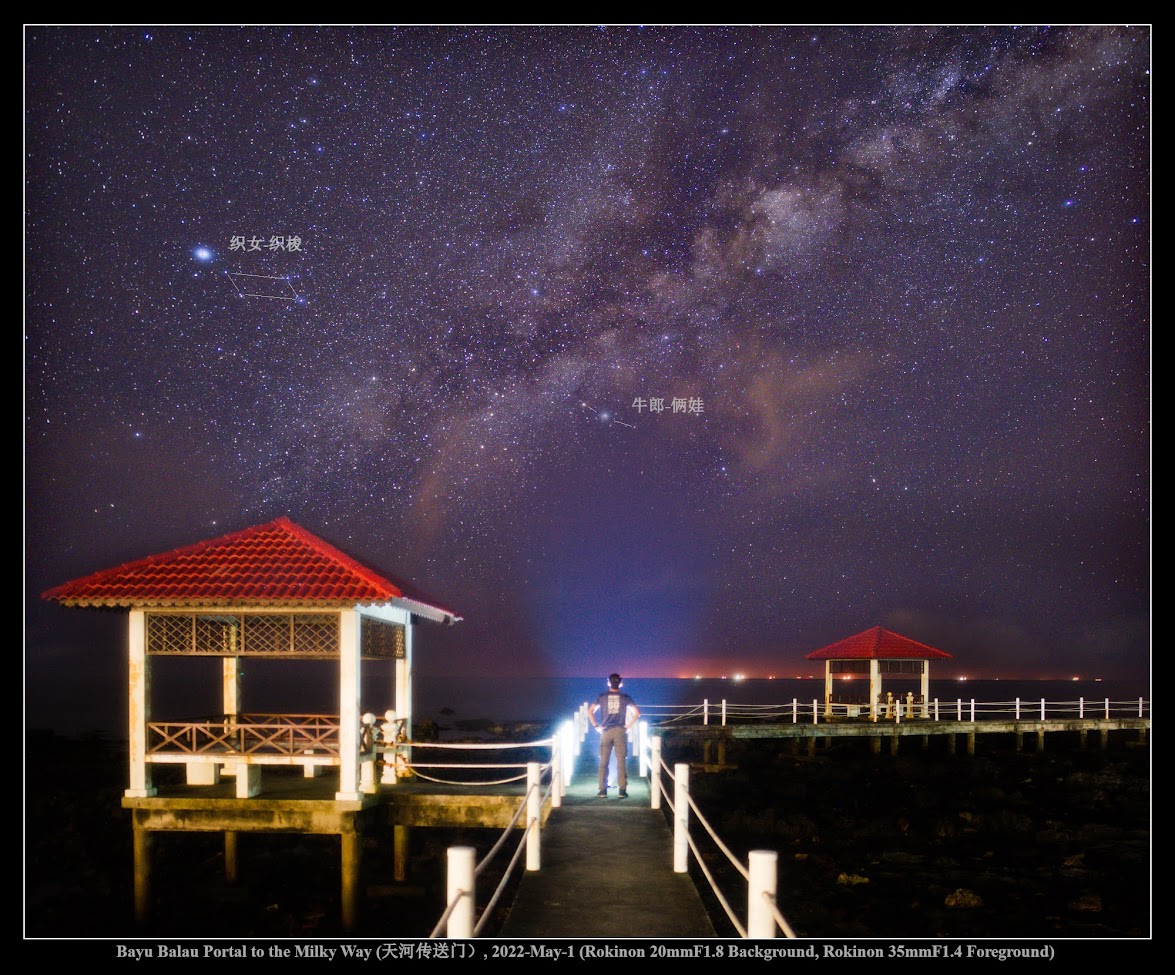 The core region extends to Altair. 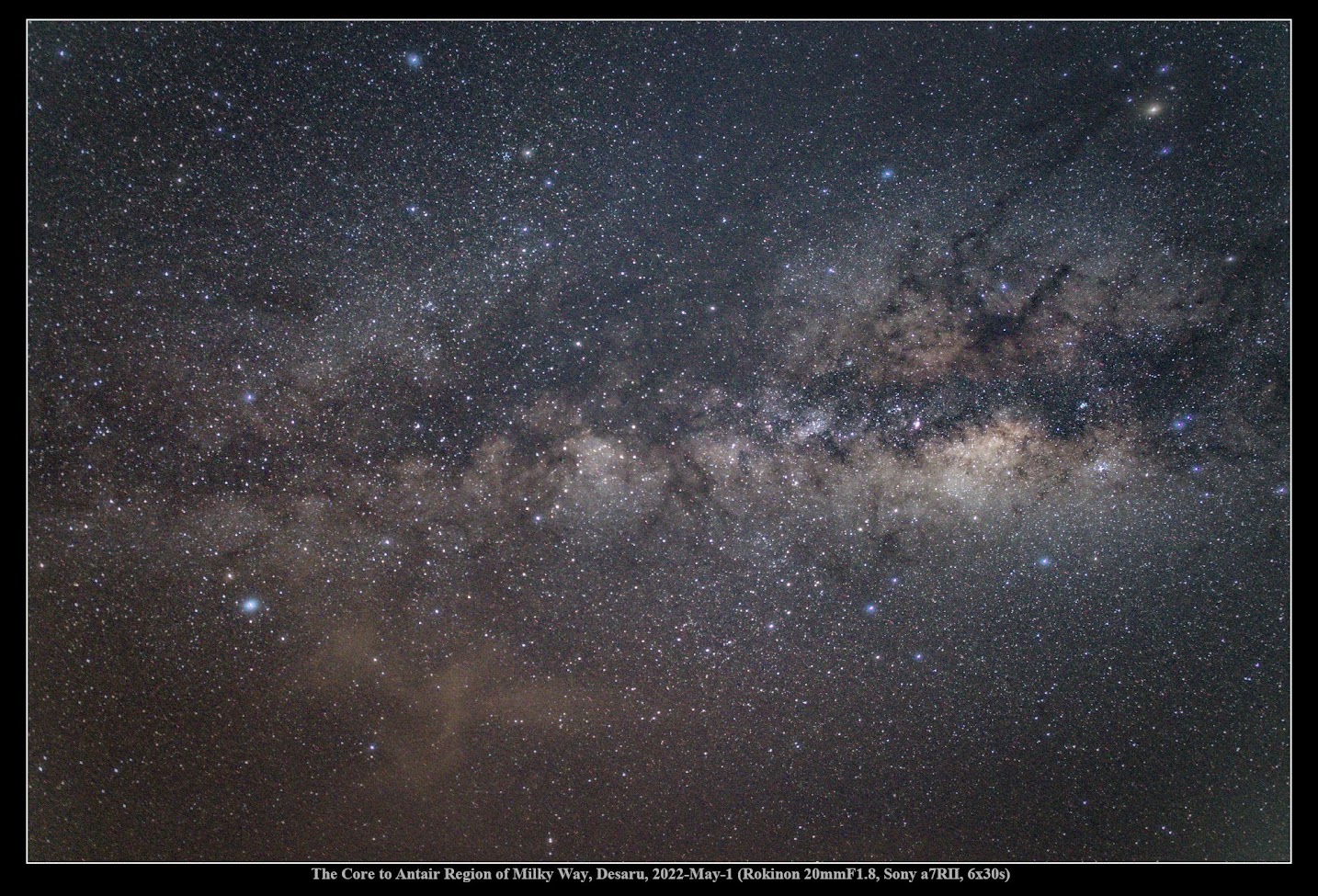 Always like to add interesting foreground to the Milky Way image. 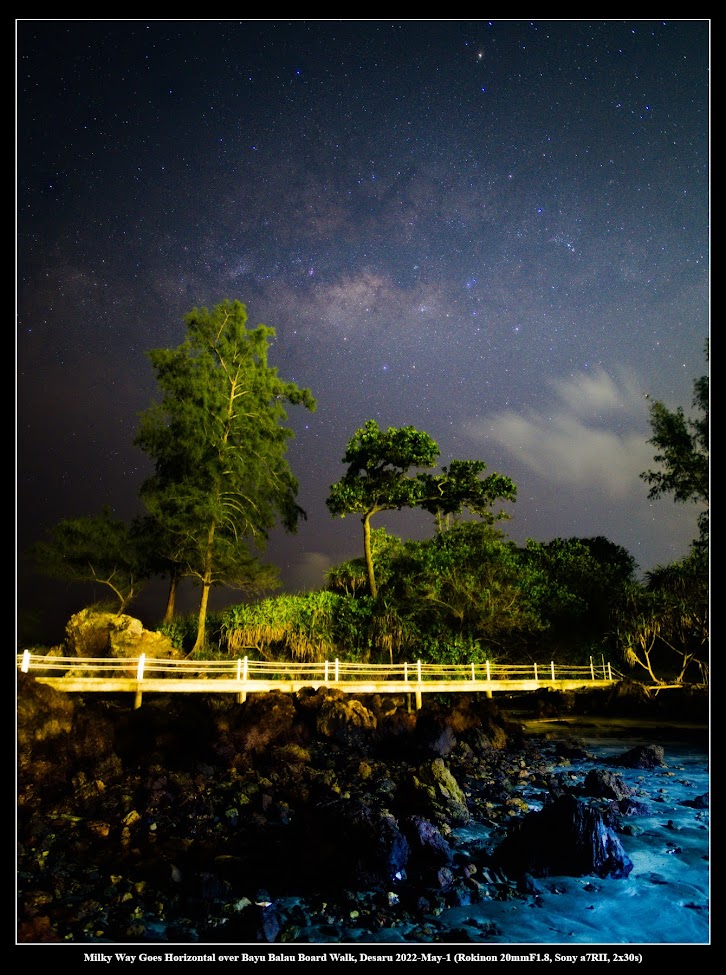 And so be it like me doing stupid things. 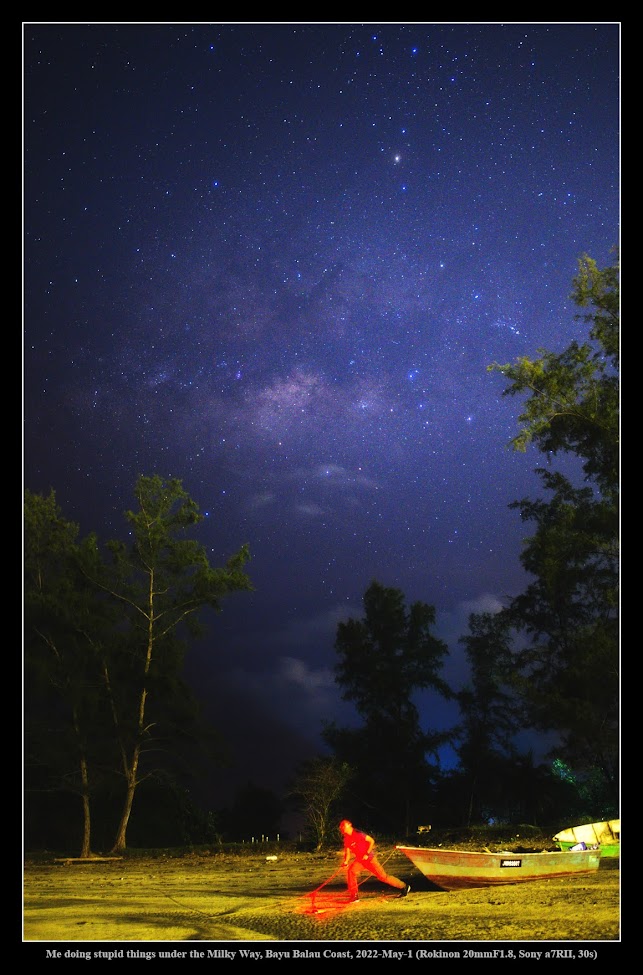 And I guess 20mmF1.8 has become the staple lens for shooting MK in this location. 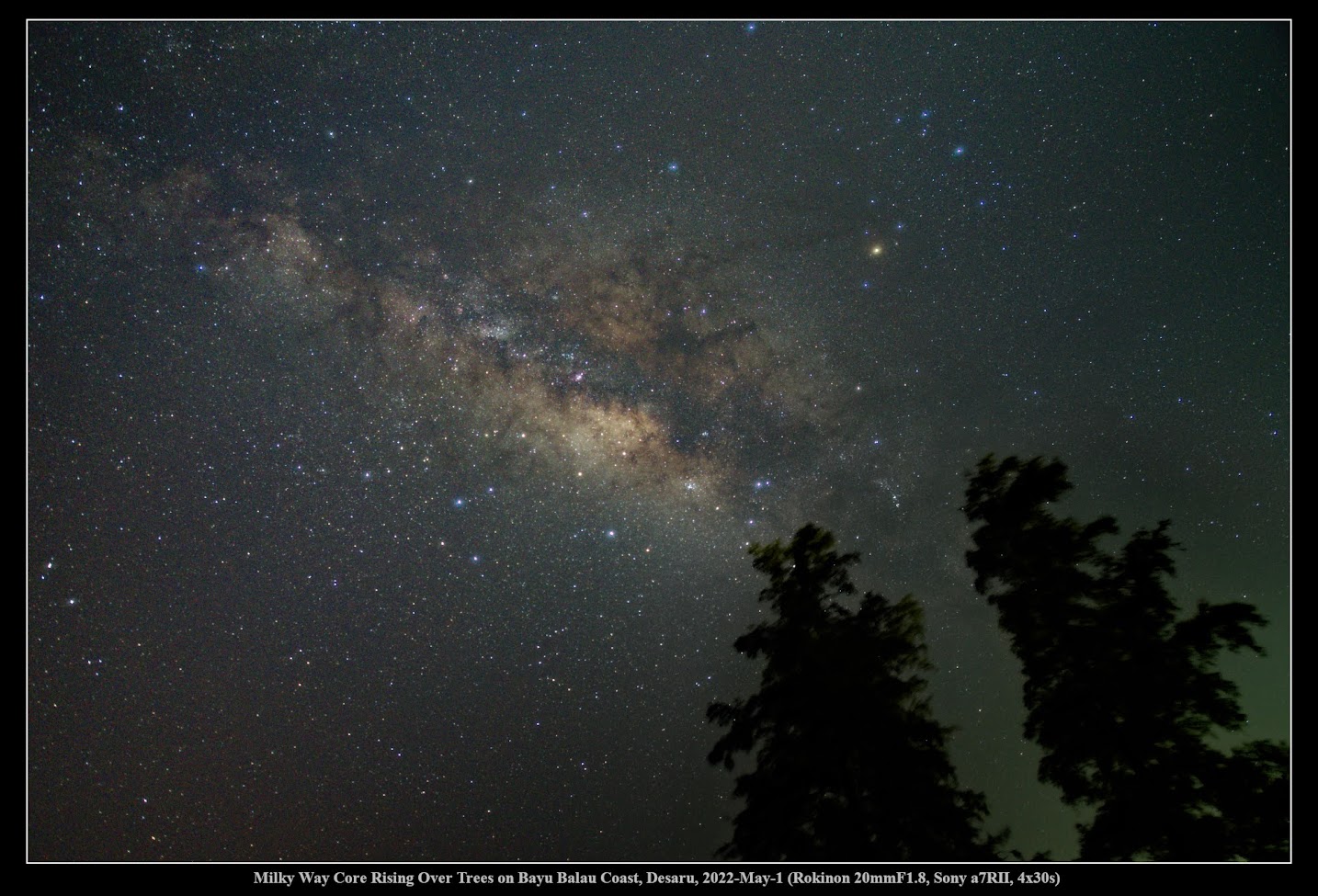 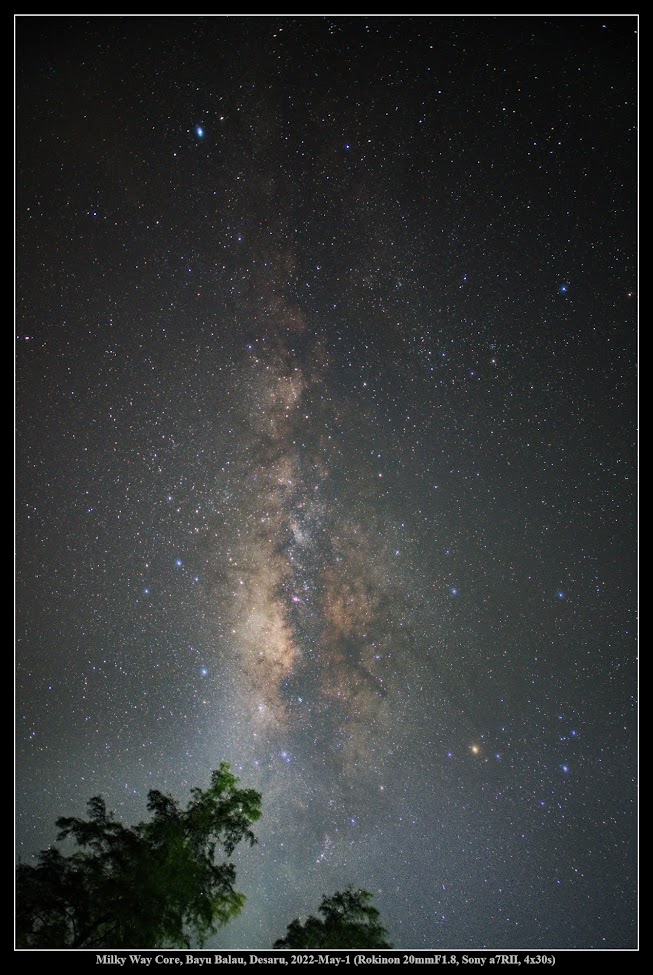 It also does star trails nicely. (And this photo gives some sense of how much light pollution you would expect from a small town 30~40KM away -- see the leftmost portion of the horizon). 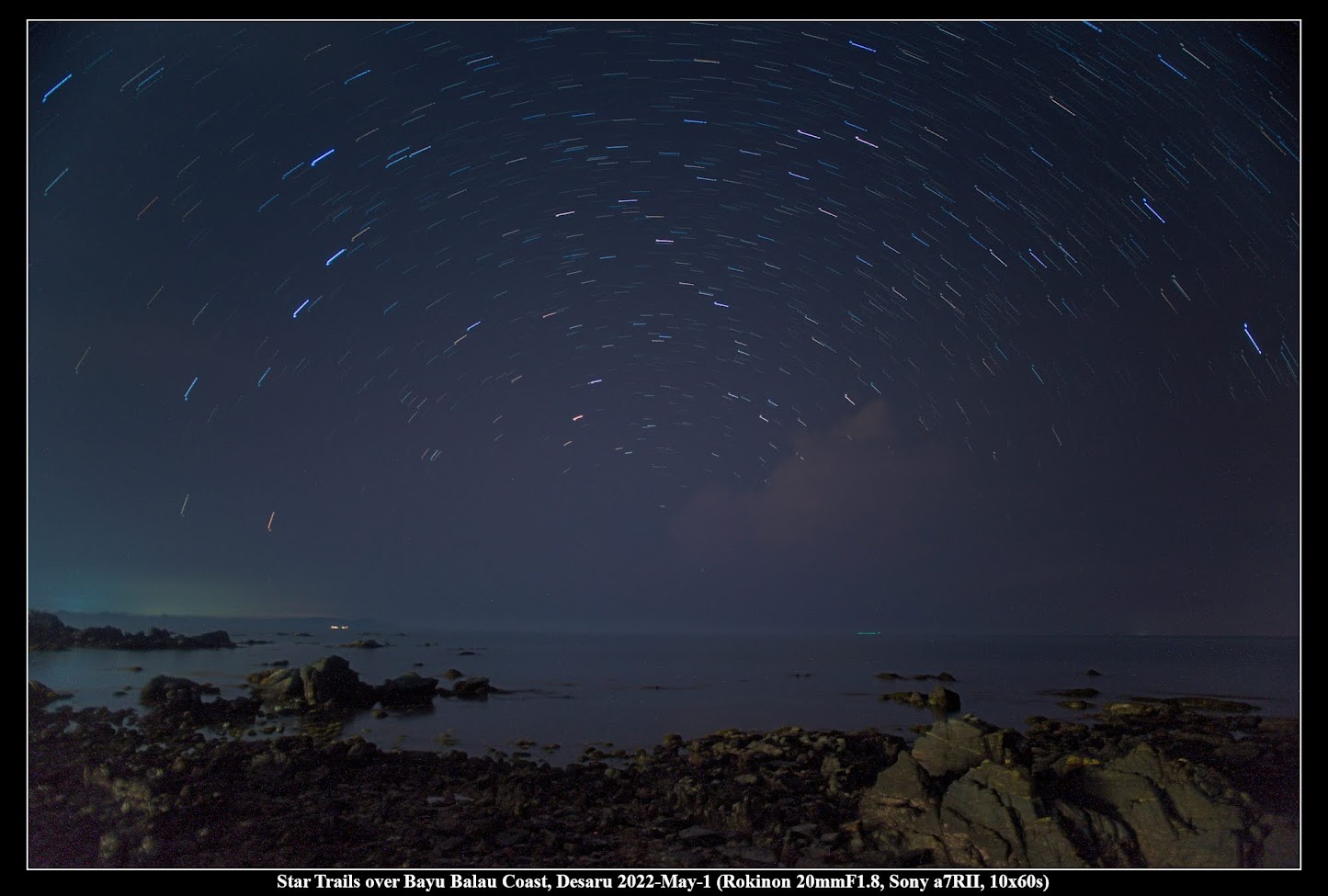 The pre-dawn hours saw the sky turned quite cloudy -- making it difficult to capture nice views of the planets alignment -- especially the Venus-Jupiter conjunction. But that was some rare astro event I never want to give up. 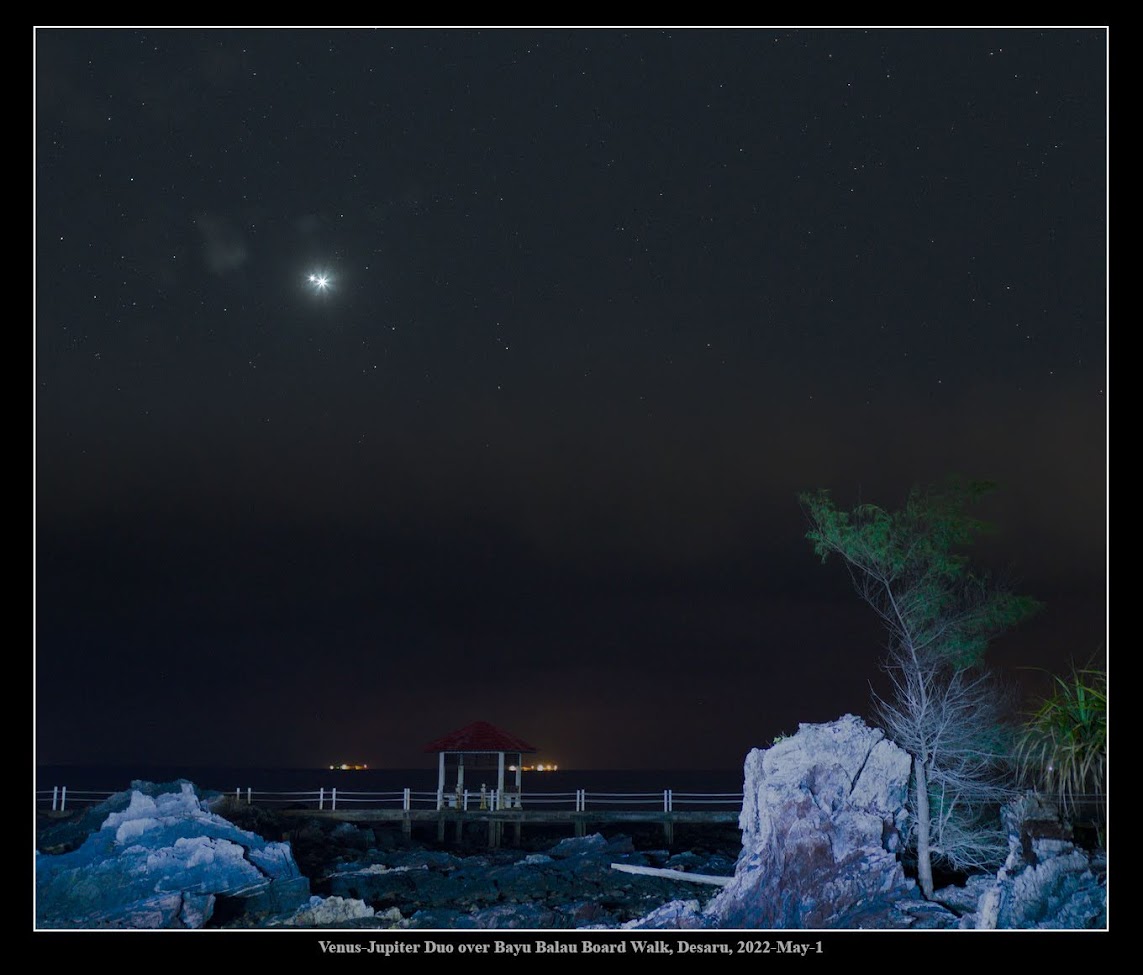 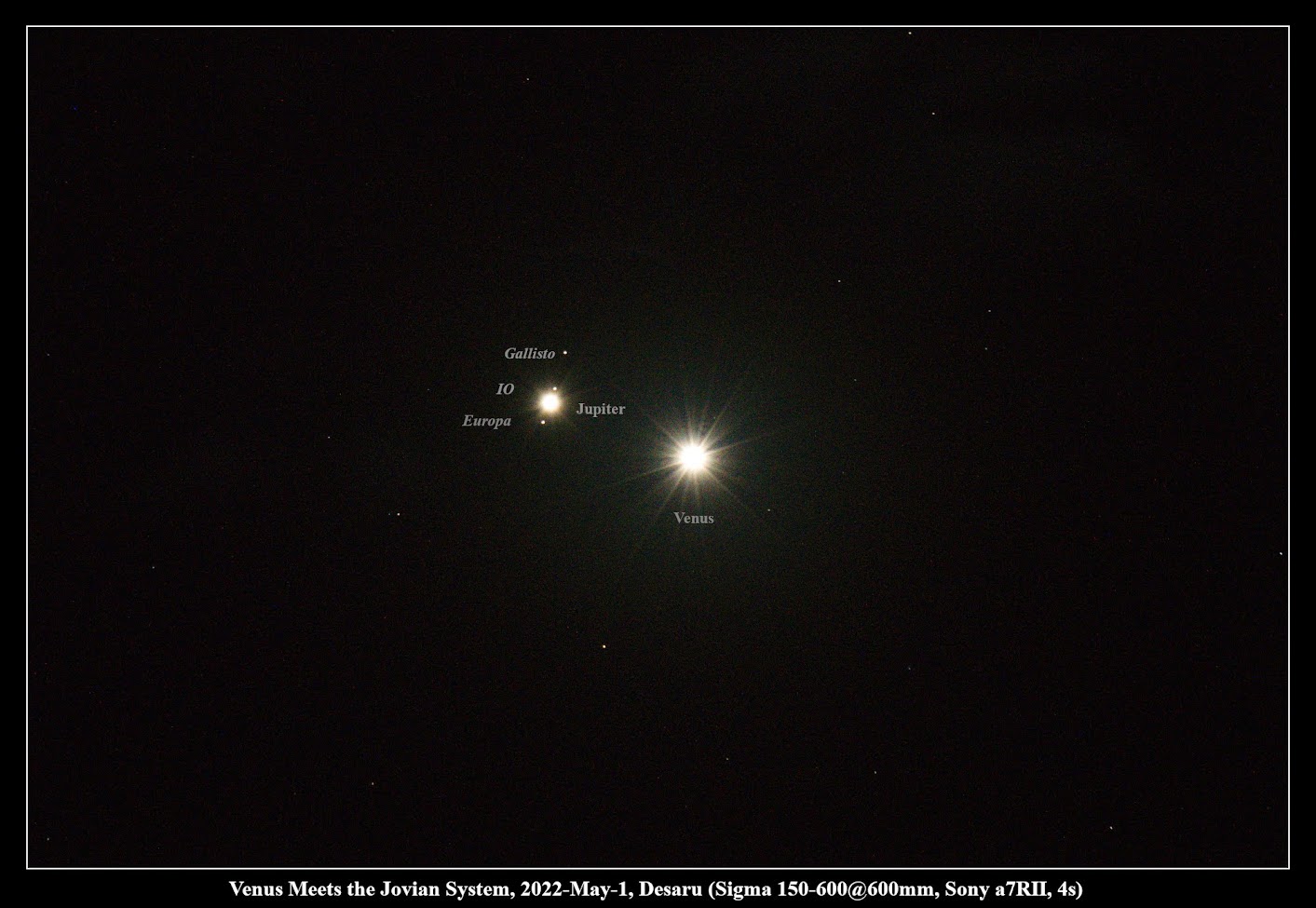 The full frame (reduced to 4K resolution) looks fabulous on a 4K display. 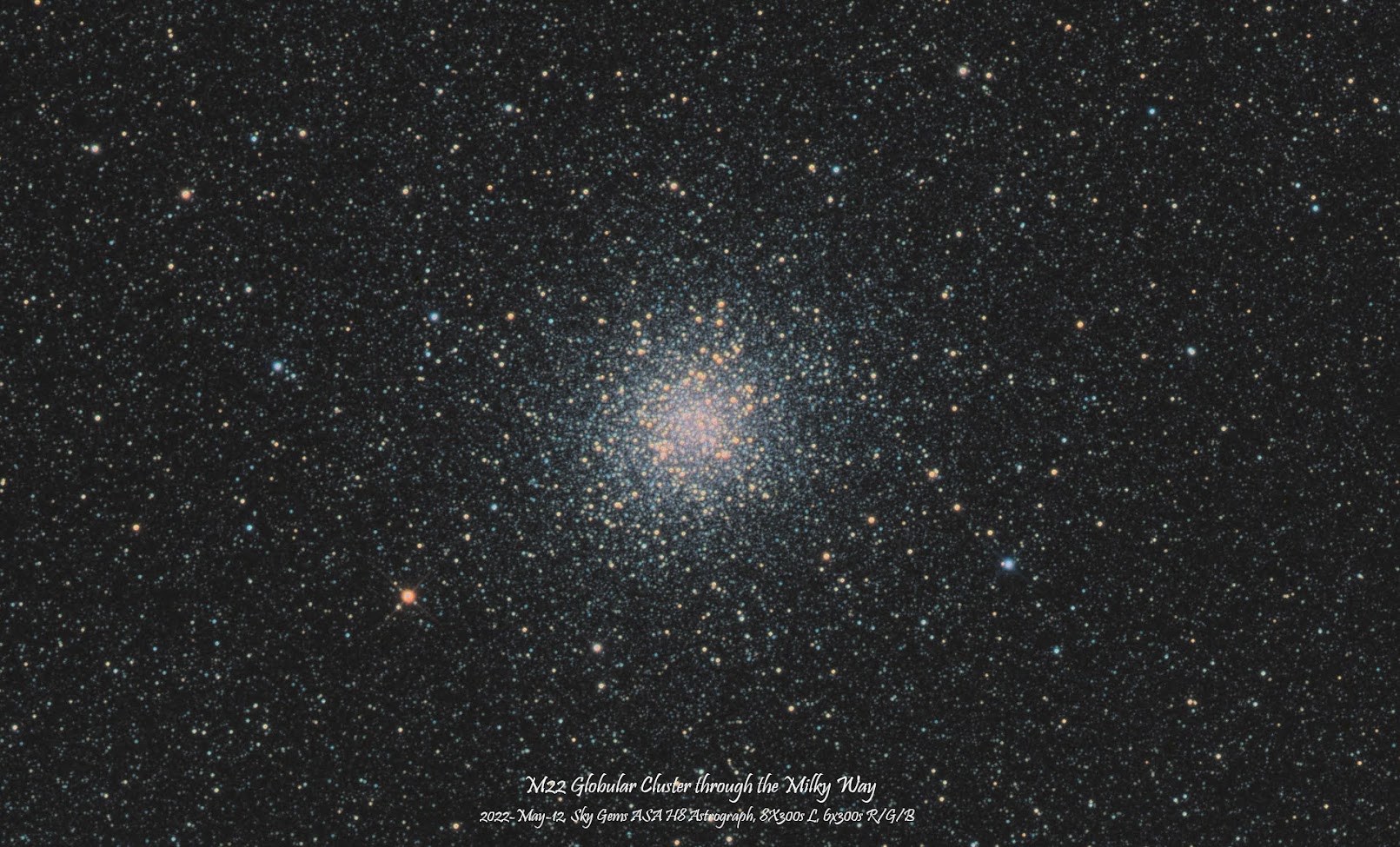 The first image was created as a result of some mysterious mistake in the RawTherapee program that saw the curve profile skewed. But I like the effect. 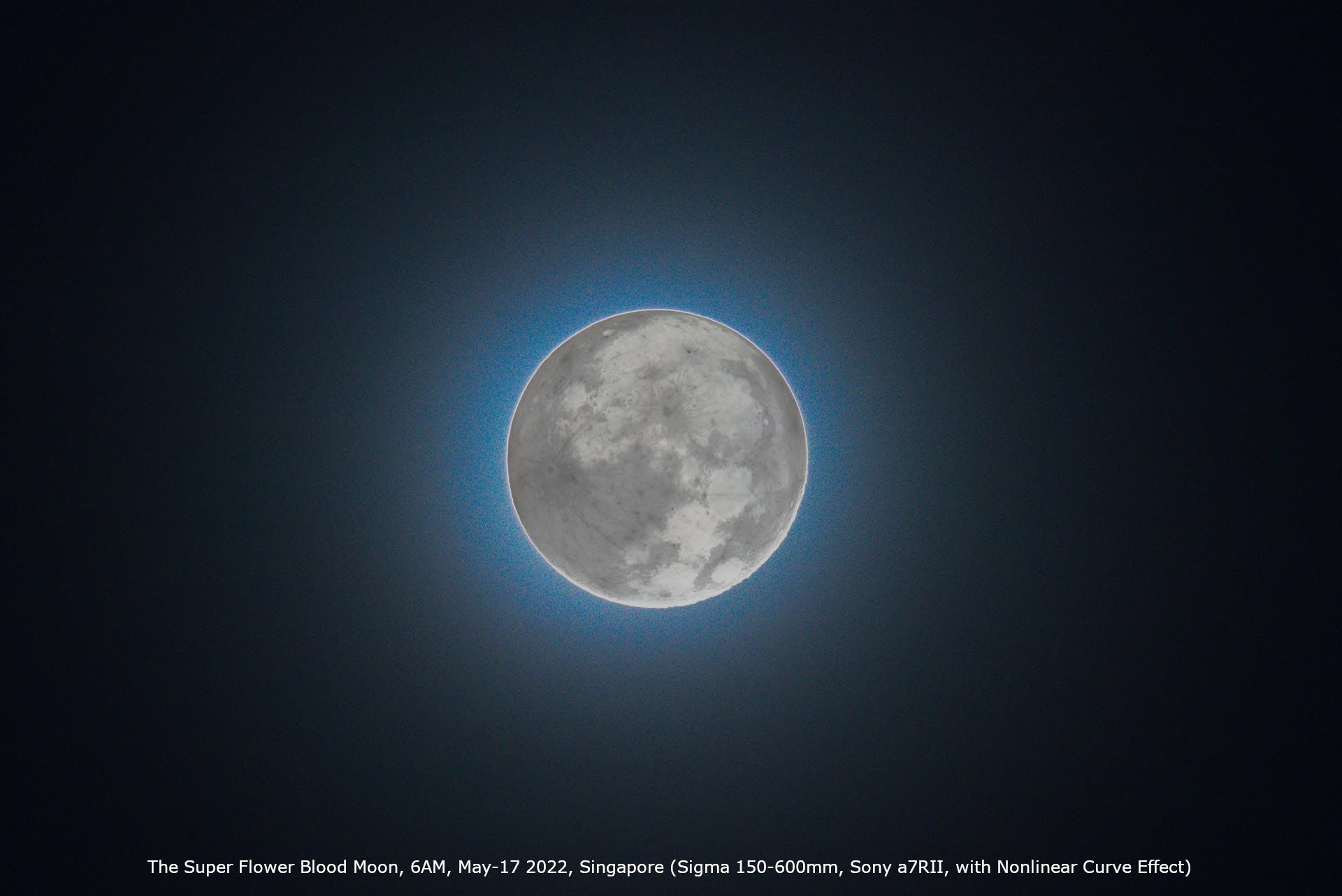 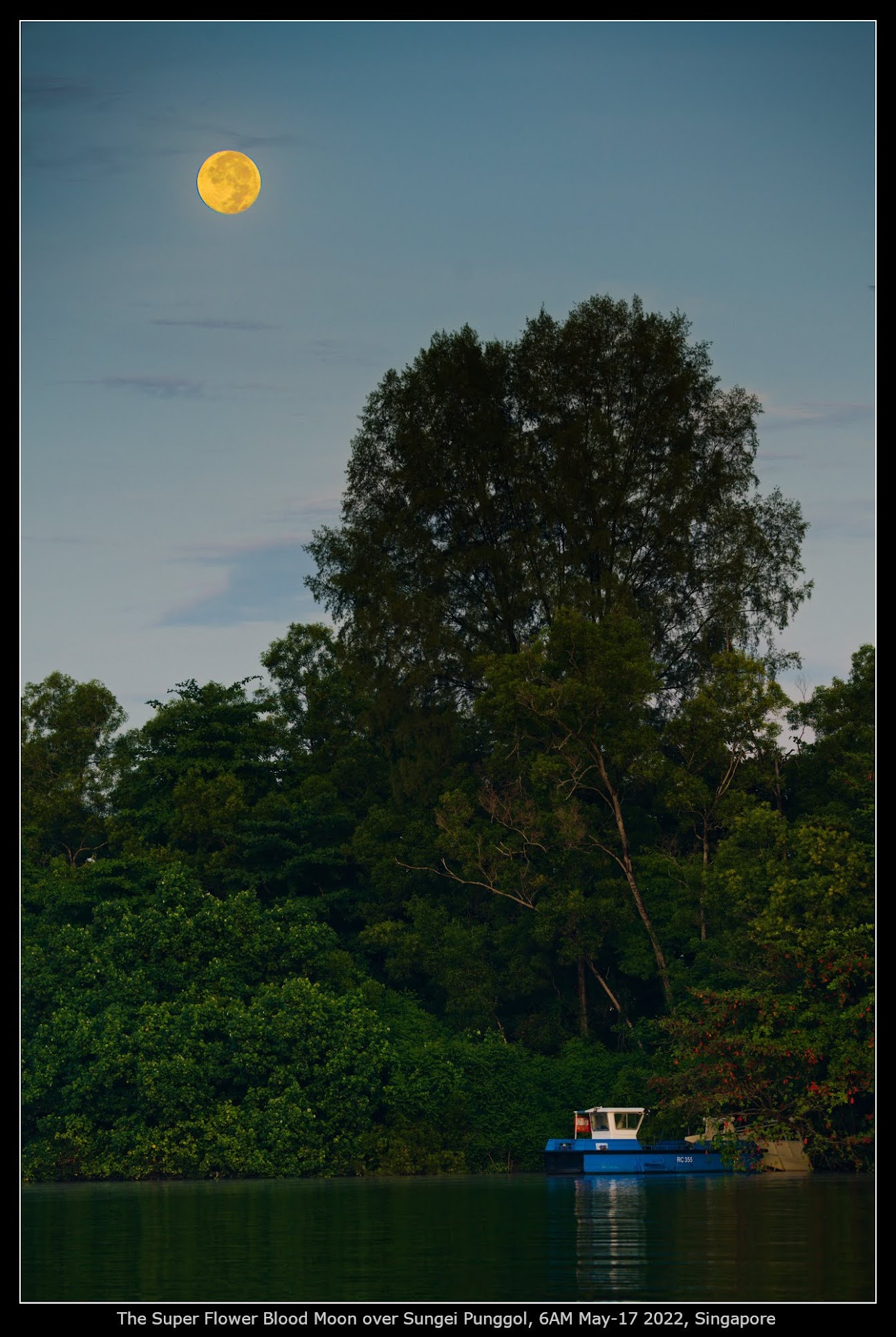 Another night drive into Johor's east coast region. Weather forcast looked beautiful but the actual thing was different. Due to multiple situations (including traffic congestion in the late afternoon at causeway and in Johor), I could not reach the destination in day light and could not give a good scout. Nevertheless, Tengaroh is not bad a dark site (feels like higher Bortle 3).

But I got a few hours of decent clear skies before the moon rose to flood the eastern sky close to 12AM. I carried my astrocam ASI2600MC and tracker, and my mirrorless cam and another tripod.

So far I have managed to process the data out of ASI2600MC.

I did not carry a telescope. The longest reach is my 135mm. So I hooked up the lens+cam, did polar alignment using ASIAir Pro's new feature and could get tack sharp pinpoint stars in every 60s sub.

So it turned out to be a fun time hunting galaxies near the end of the galaxy season.

Outcome 1: the pinhwheel galaxy. First time shooting it -- never thought it would be done with a little lens! 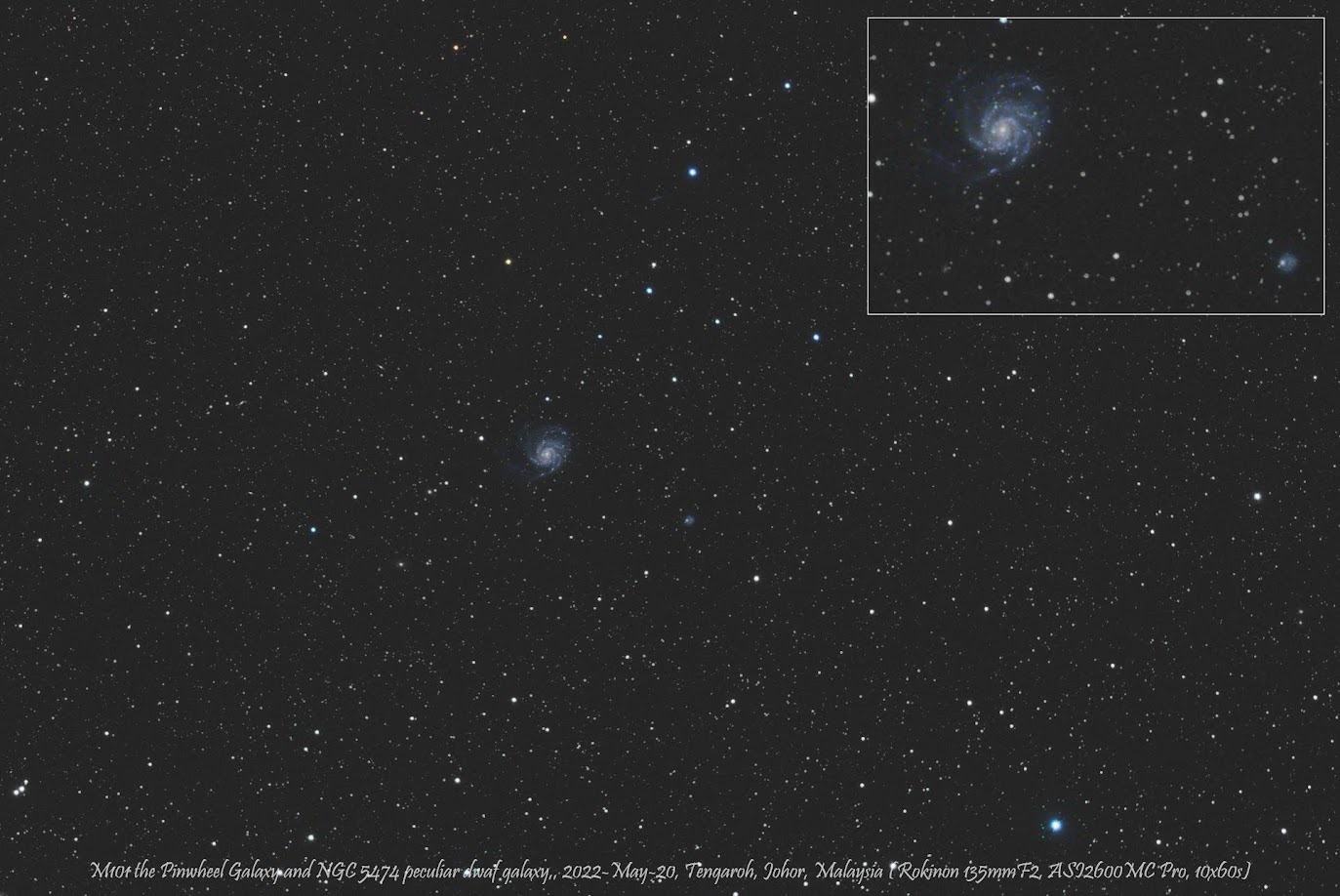 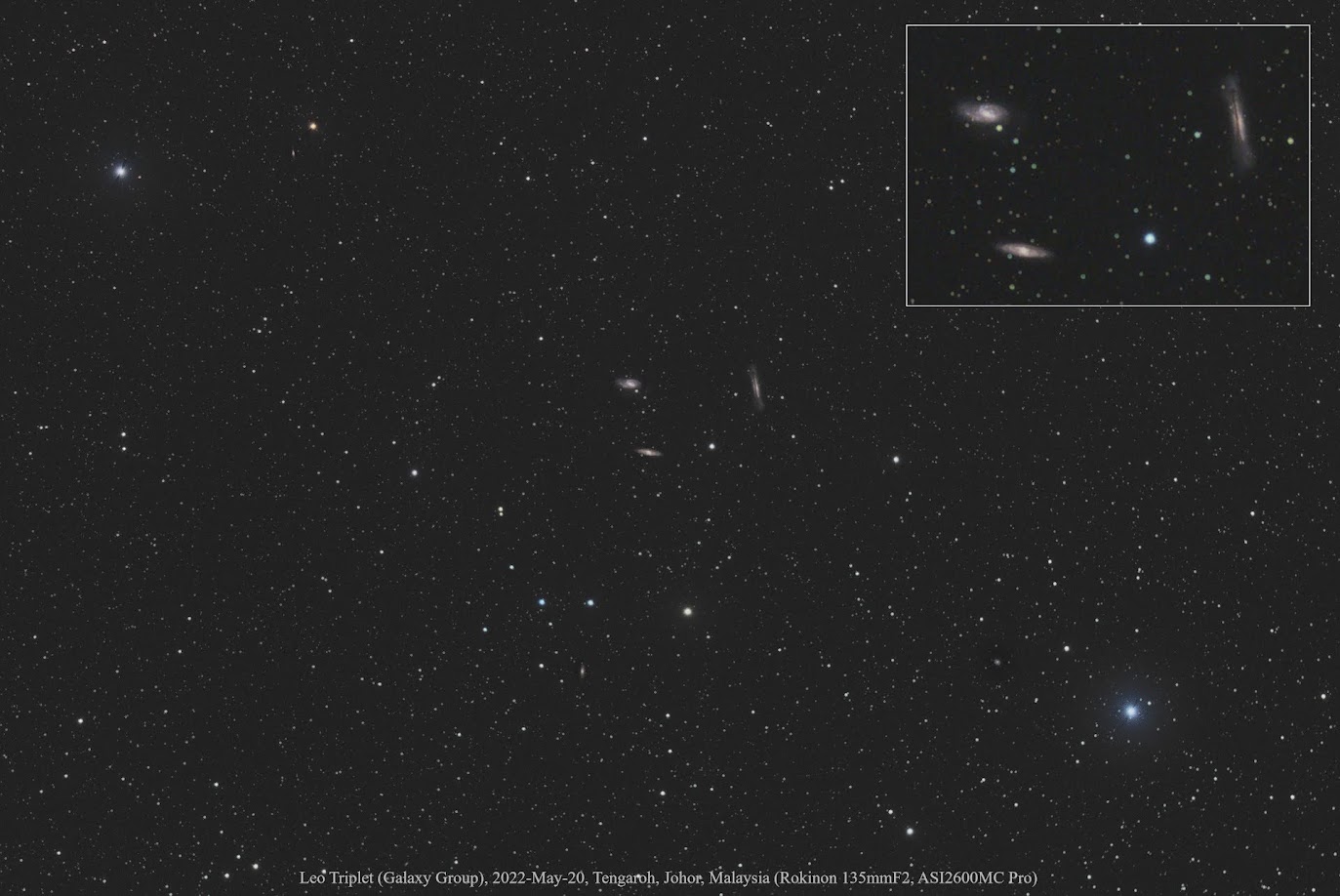 This picture gives a rather wide view of the majority of member galaxies of the cluster. 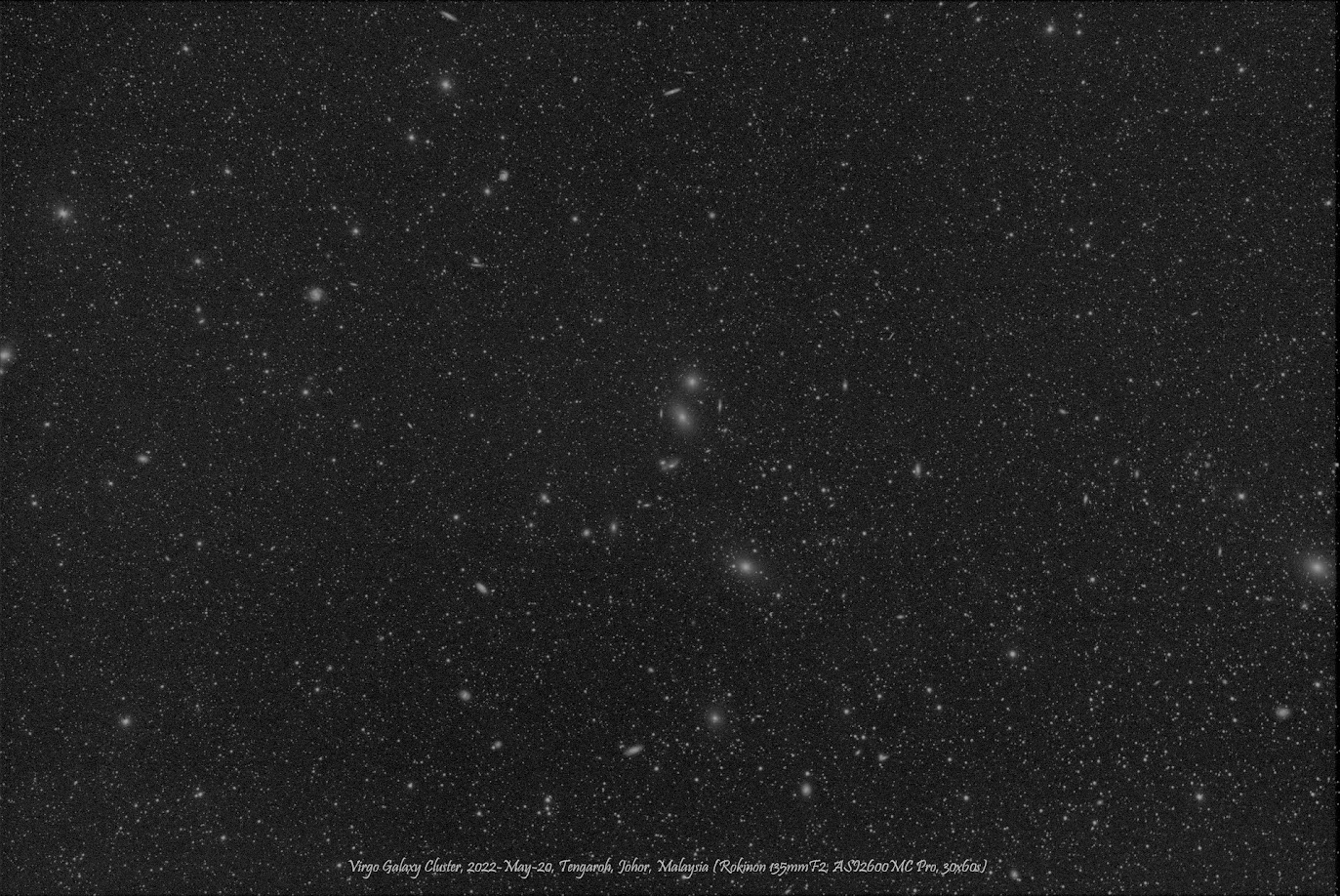 And here is the close-up of the major ones. 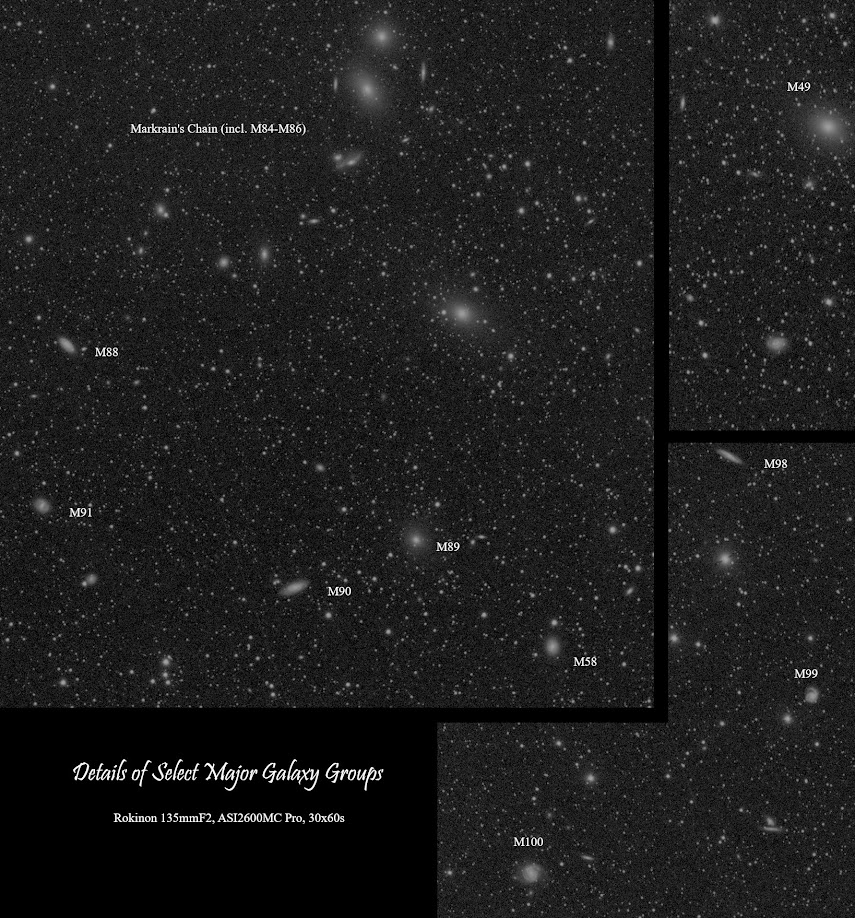 Out 4: I wanted to shoot some deep-south Spring objects. Oh the annoying clouds to the south! So I had to turn my attention to Antares-M4. But it was too late to accumulate sizable collection of subs -- 8 or 9 subs in the moon had already begun to destroy the darkness.

With only 10 subs (60s each), I am still happy to see the Ophiuchus clouds in color -- for the first time in my imaging. 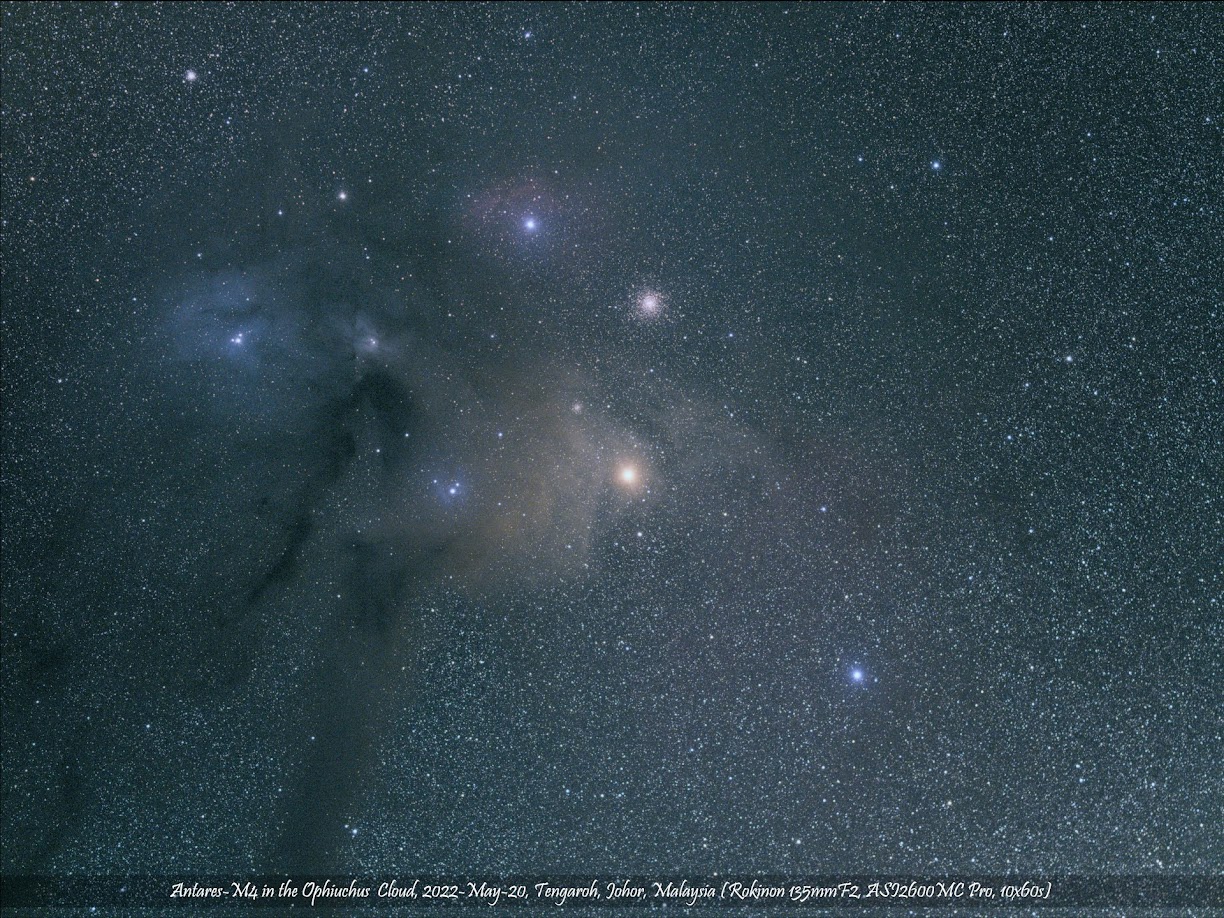