CCD vs Film? Lots of time vs no patience? Alright, this is your place to discuss all the astrophotography what's and what's not. You can discuss about techniques, accessories, cameras, whatever....just make sure you also post some nice photos here too!
Post Reply
2 posts • Page 1 of 1

First half was devoted to globular clusters. But I had some problem with APT failing to recognise the camera. After much frustraction and precious times wasted, I found out that it was nothing but only one of the two USB3 ports on my laptop could be used by APT for correct recognition of the cam. How weird is this! Unfortunately by then the clouds started to eat up much of the clear skies, and before long the battery pack depleted. Had to pack up and return home with unfinished jobs(targets). Only for M12 I had captured some sub-exposures.

When I returned to the site around 3AM, I was blessed with clear skies. I quickly set up the system and started capturing some major, remarkable targets.

M22 is one of the brightest and showed up well in sub-exposures. 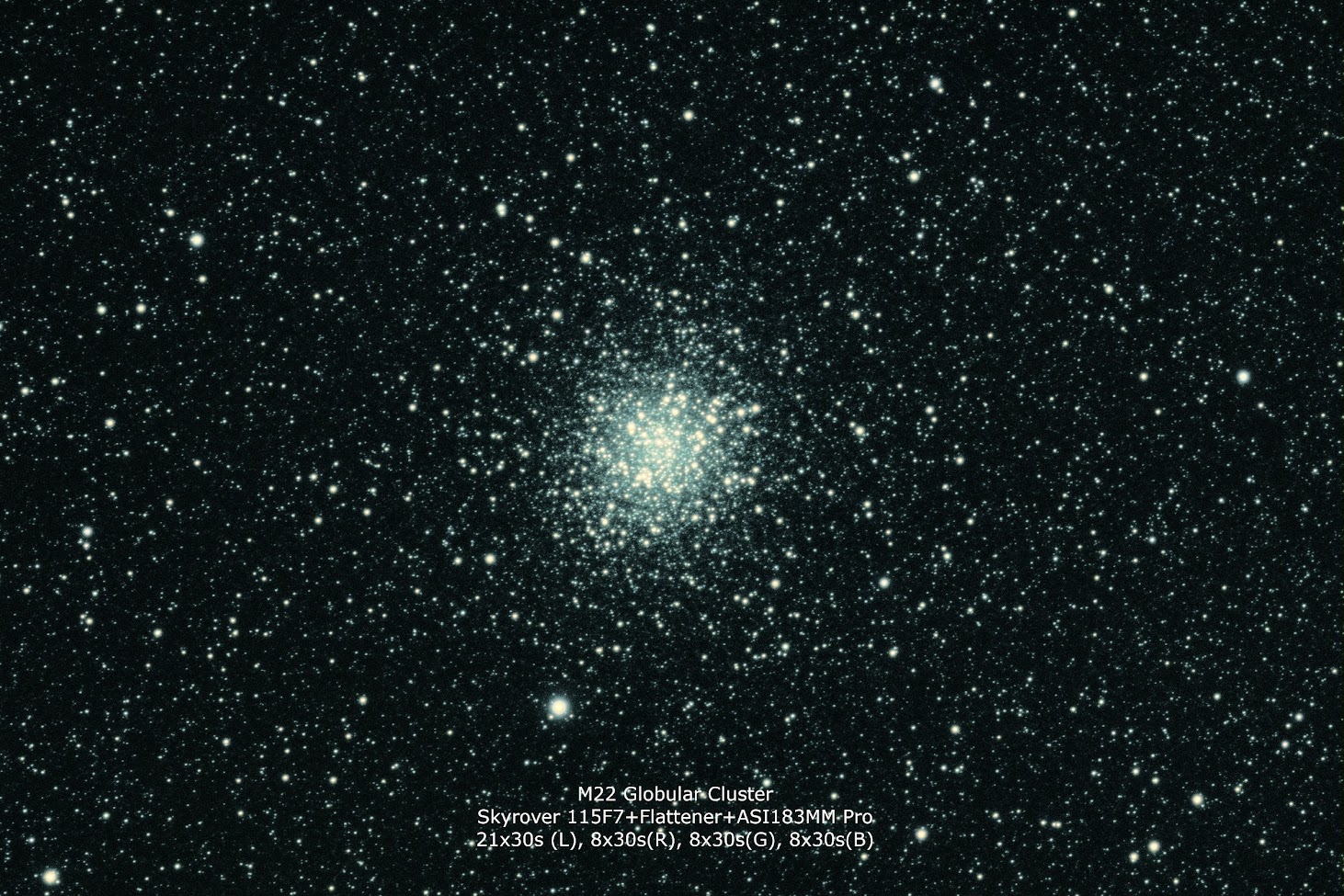 The next target was NGC7331 group and the nearby Stephan's quintlet. It turned out that, although the objects were captured as faint blobs, my system is not up to task of making out any definitive details of the galaxy colliding in the quintlet -- especially with such limited amount of exposure and the heavy light pollution.

The last target was NGC253. The sculptor galaxy. A bright grand design with details showing up even in short sub-exposures. Behind the image were two instances of the telescope hitting the tripod legs. The long tube (adding the length of the imaging gear) makes it difficult to slew t oposition when the target is near zenith. Will appreciate it if anyone can educate me how to get around it -- I understand this is a small alt-alz area that the tube could not reach -- the question is thus really about how to navitage around such area when you command the mount to slew to other positions.

G and B subexposures were taken under astronomical twilights. Anyway, this is already the best galaxy photo I have ever taken.

Thanks for reading!
Top

The 2 nights have been relatively clear except for the passing clouds. You can try Neowise next

The Boldly Go Where No Meade Has Gone Before
Captain, RSS Enterprise NCC1701R
United Federation of the Planets
Top
Post Reply
2 posts • Page 1 of 1