CCD vs Film? Lots of time vs no patience? Alright, this is your place to discuss all the astrophotography what's and what's not. You can discuss about techniques, accessories, cameras, whatever....just make sure you also post some nice photos here too!
Post Reply
5 posts • Page 1 of 1

My attempt at another region of the milky way after some encouraging results from M22 and M25 with only about 4mins of integration time. The Lagoon and Trifid Nebulae frames up very nicely with a 135mm focal length. I aimed for about an hour of integration time hoping to bring out the nebulosity of both nebulae. Hints of both nebulae can be seen on a single 15sec sub. Managed to get it done before the bright moon appeared.

The Lagoon Nebula (M8) is an emission nebula in the constellation Sagittarius. Located 5,200 light-years from Earth, M8 is home to its own star cluster: NGC 6530. The massive stars embedded within the nebula give off enormous amounts of ultraviolet radiation, ionizing the gas and causing it to shine.

The Trifid Nebula (M20) is also located in Sagittarius. Its name means 'divided into three lobes'. The object is an unusual combination of an open cluster of stars; an emission nebula (the lower, red portion), a reflection nebula (the upper, blue portion) and a dark nebula (the apparent 'gaps' within the emission nebula that cause the trifurcated appearance.

Side note - Managed to get a shot of andromeda, but post-processing kinda failed miserably. Probably due to it being too low and too much harsh gradients. 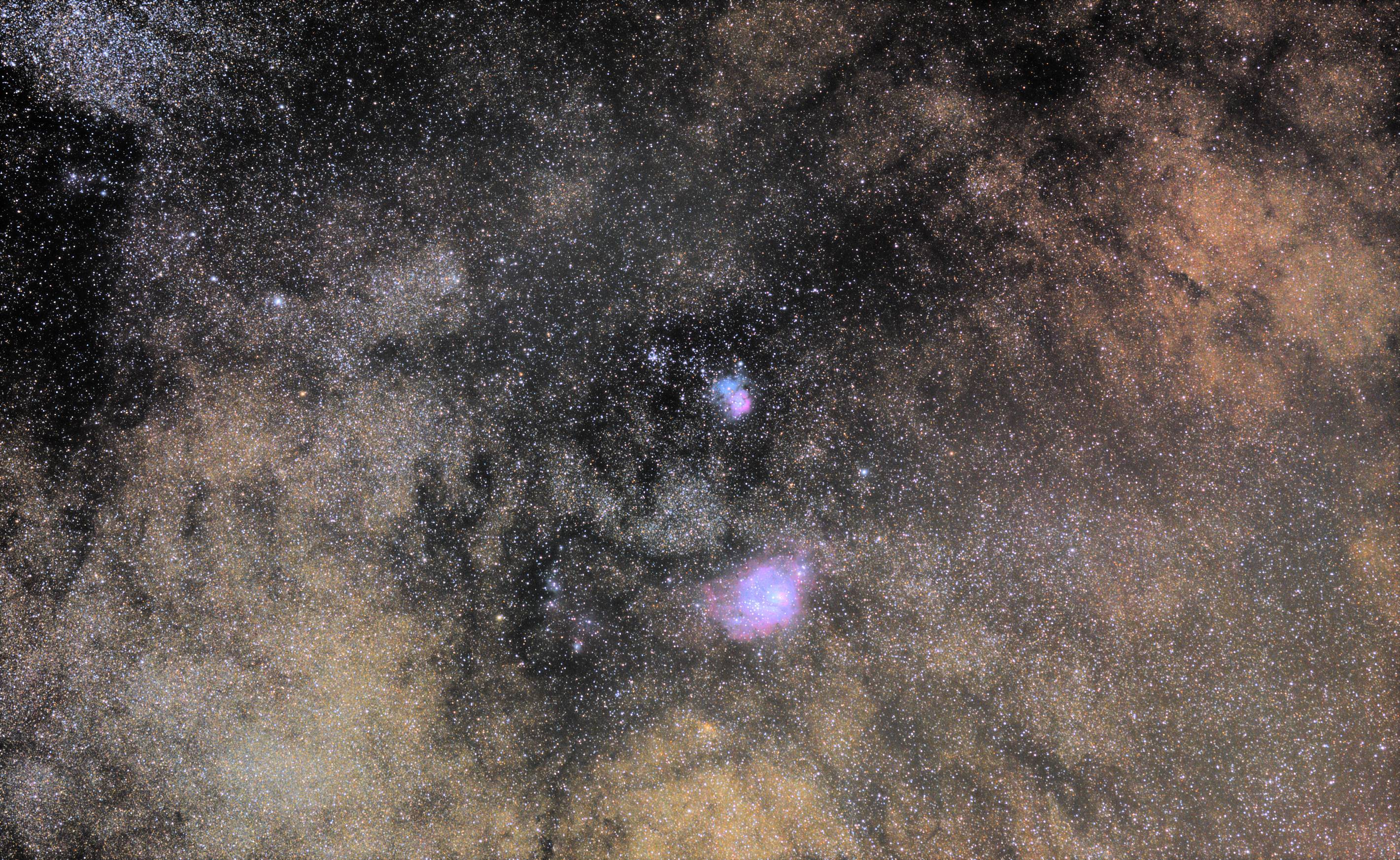 Thanks! I'm very happy with how the image turned out.
My other image of the rho ophiuchi however was a disaster lol
Top

Lots of details.. thanks for sharing