CCD vs Film? Lots of time vs no patience? Alright, this is your place to discuss all the astrophotography what's and what's not. You can discuss about techniques, accessories, cameras, whatever....just make sure you also post some nice photos here too!
Post Reply
78 posts

The primary target was photometry of Mira which is fast approaching the peak brightness. Today's measurement points to m3.286. Will it hit <m3?

At the same time, the Mars is nearby and also approaching the great opposition. Nice moment to frame both beautiful objects. 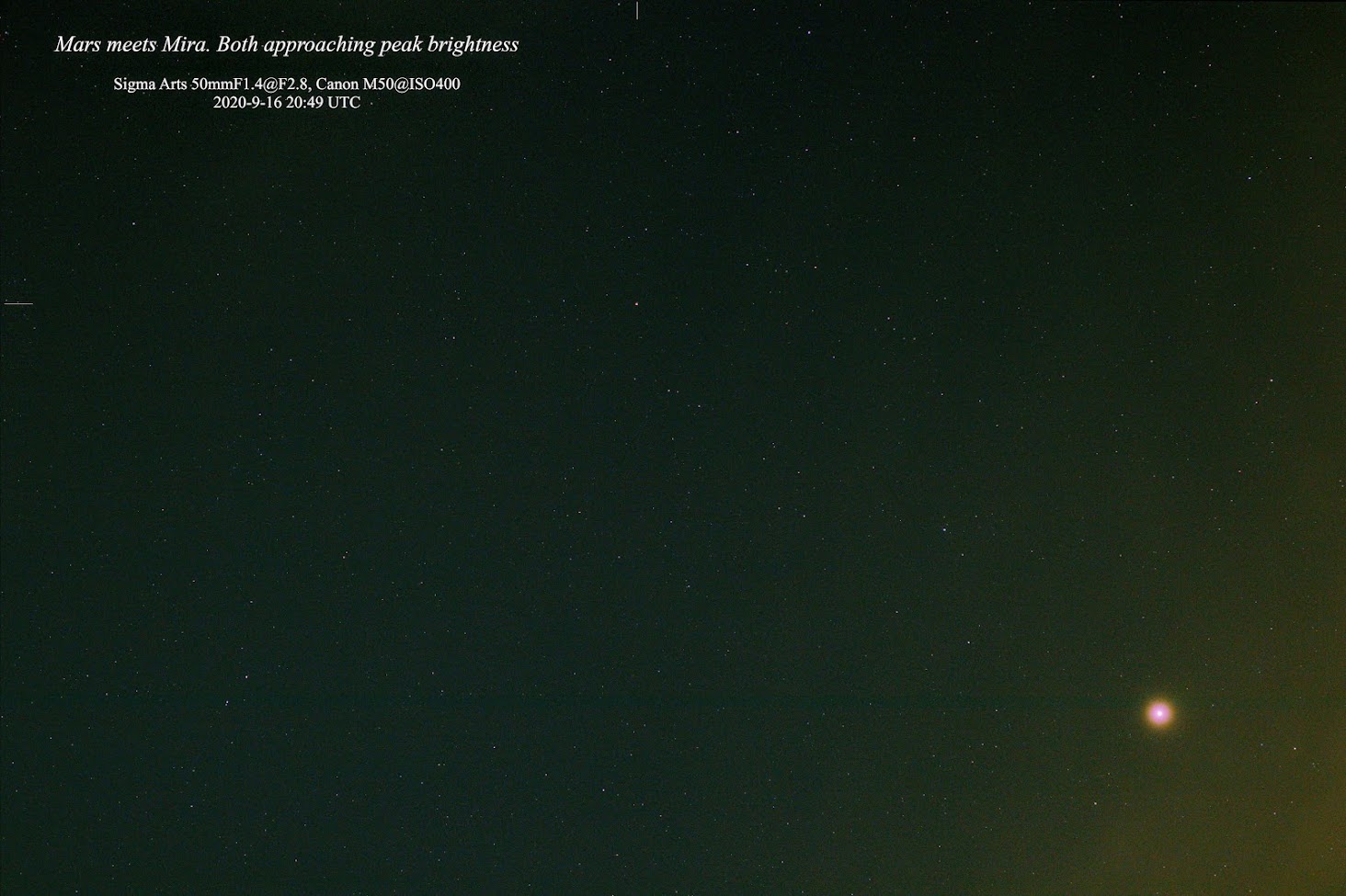 Another coincident scence is in Cancer the crab. Venus just passed the closest conjunction with M44 the Beehive. 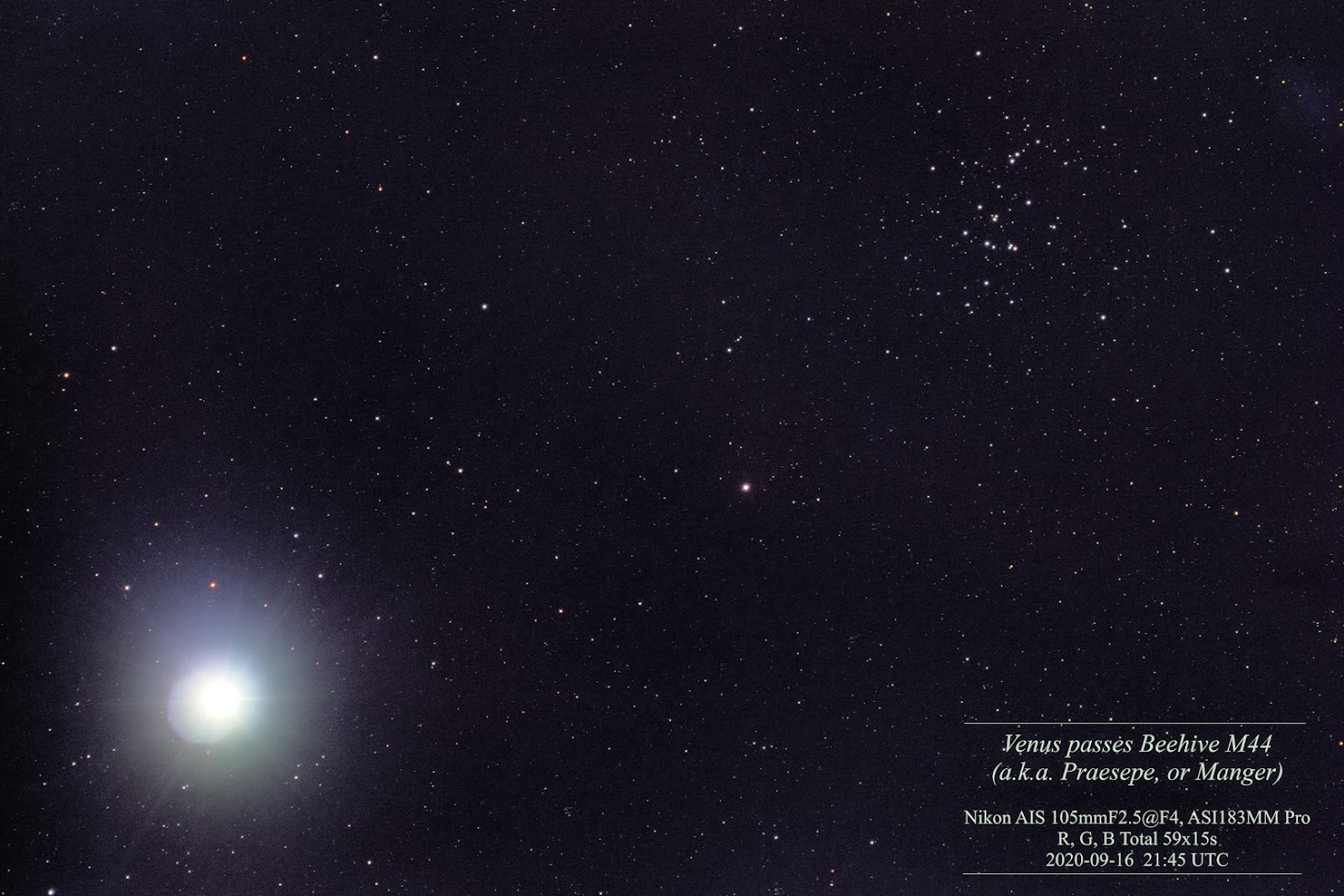 It was also the occasion to test my new toy of Sigma 50mmF1.4 Art lens. 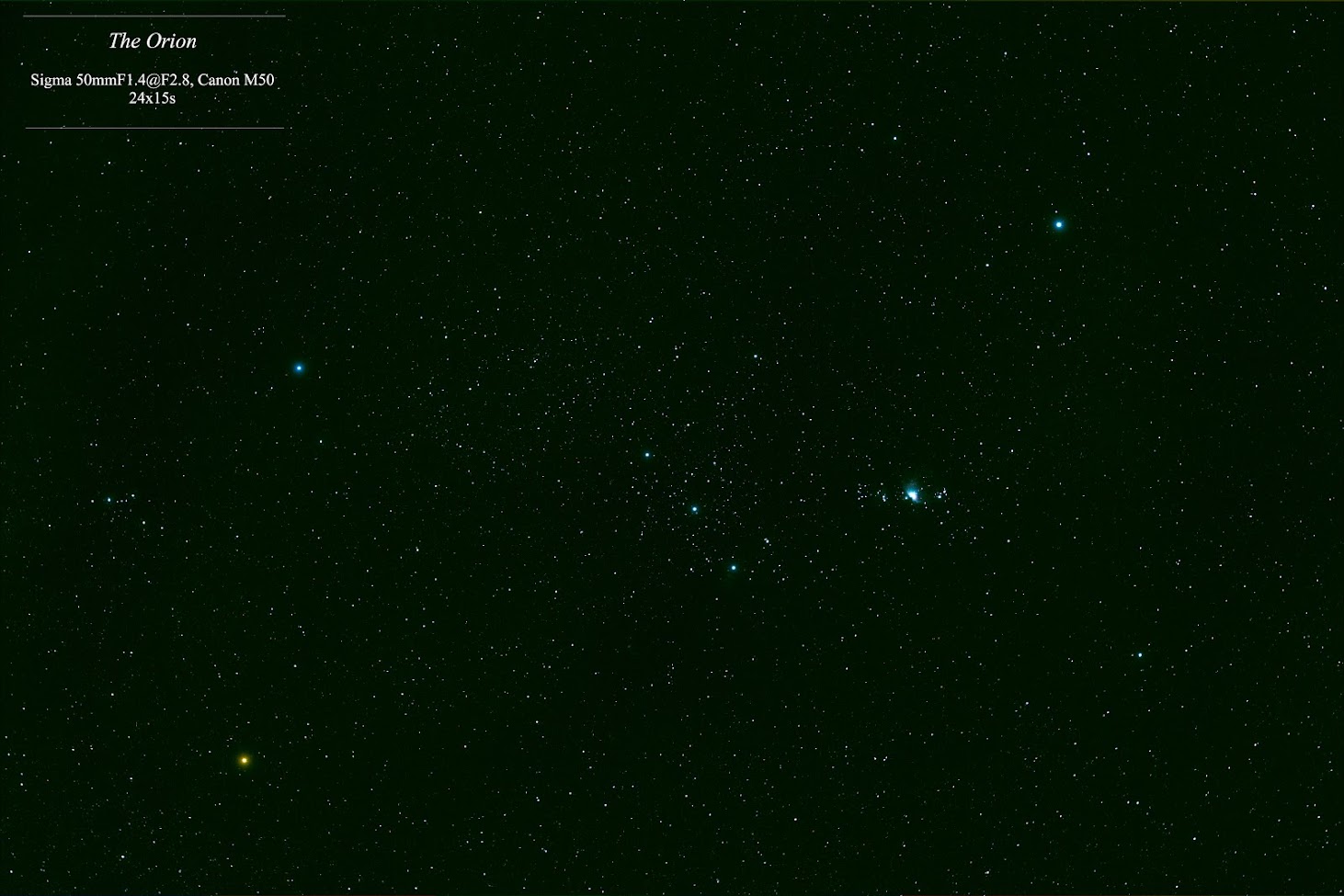 Finally, the Venus was rising up. Let's test the raw images out of my mobilephone. 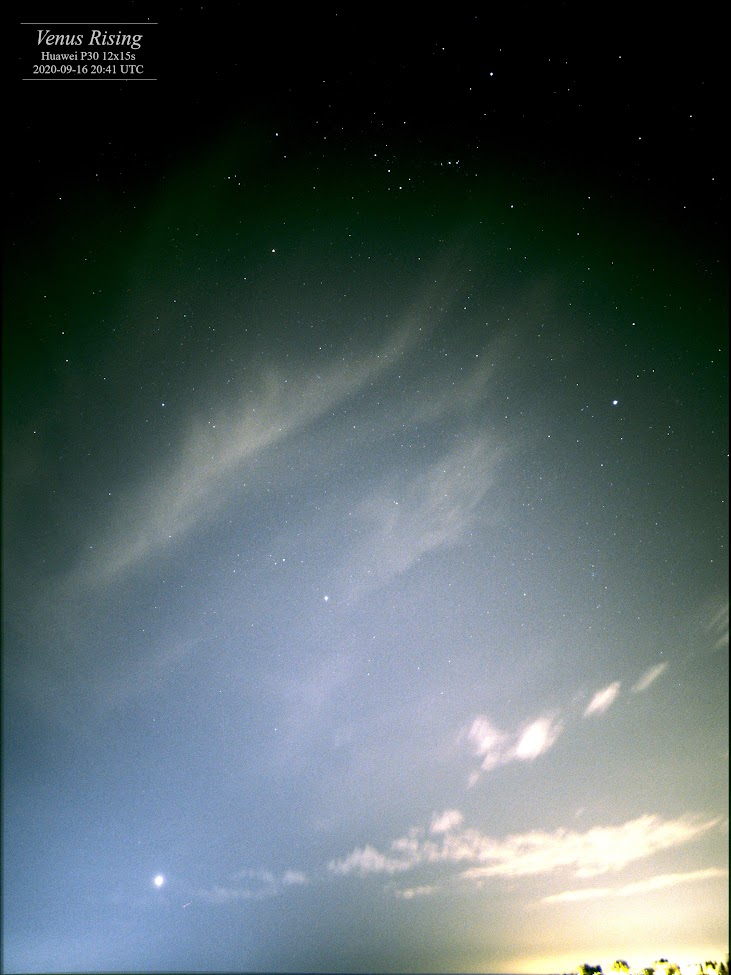 The clouds were very annoying, however. I then chose to shoot the zenith area, with the mobile phone resting still. Back home when I was stacking the photos, I learned one thing: the images could hardly be accurately stacked if not tracked-- apparently the phone camera lens suffers from distorations -- leading to nonlinear shifts of star images.
Top

Adding more data to the orion constellation image from Singapore. Work in progress. 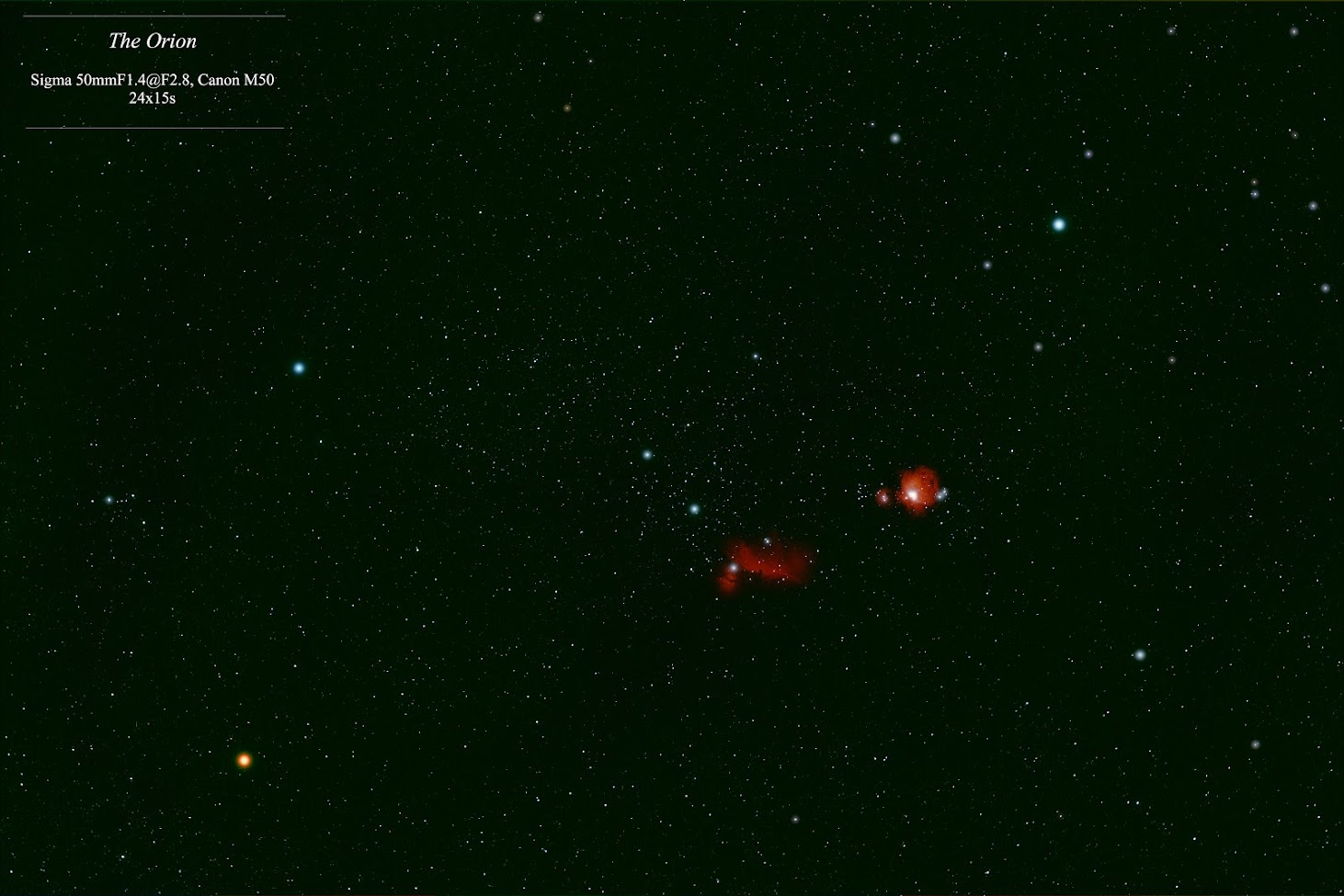 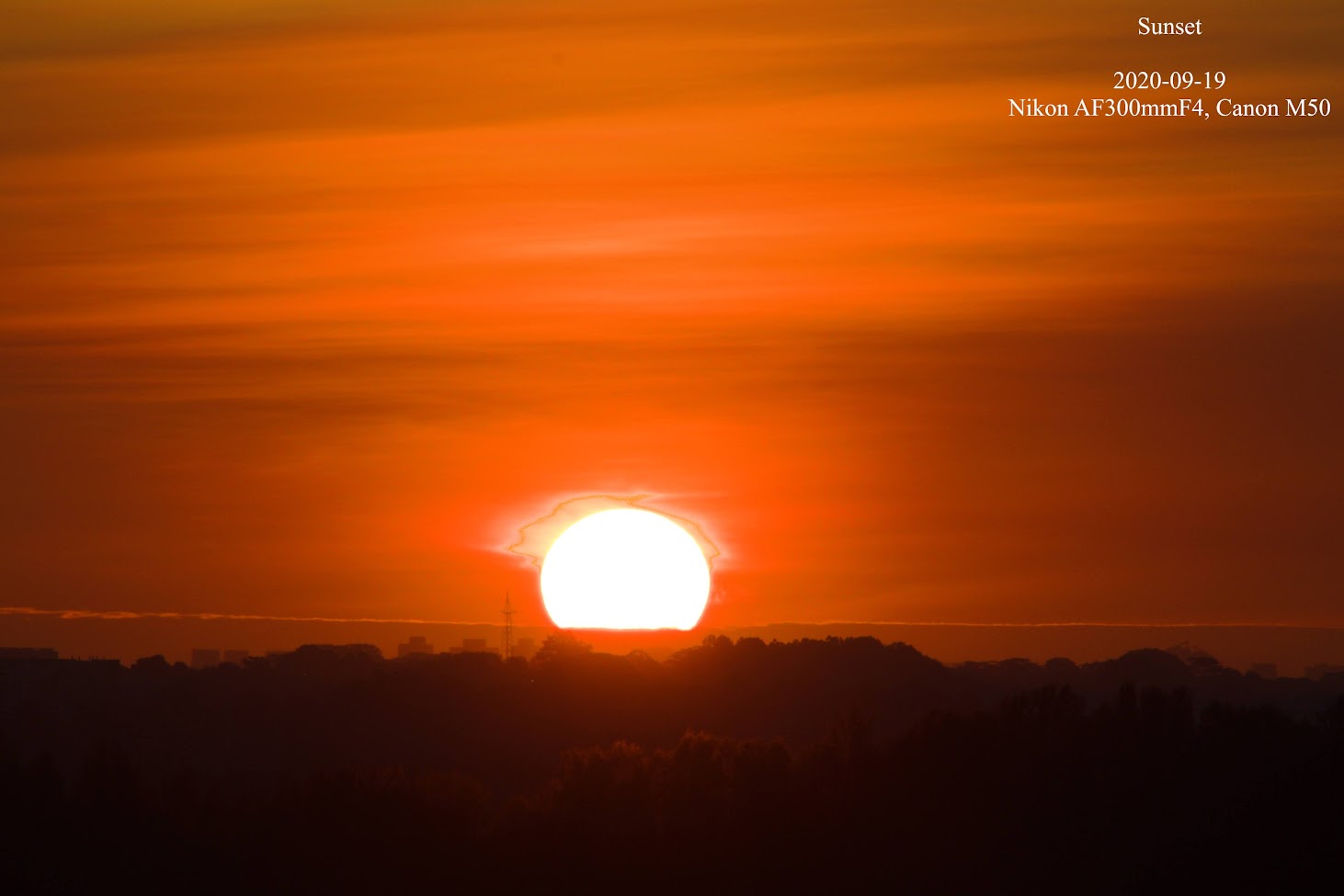 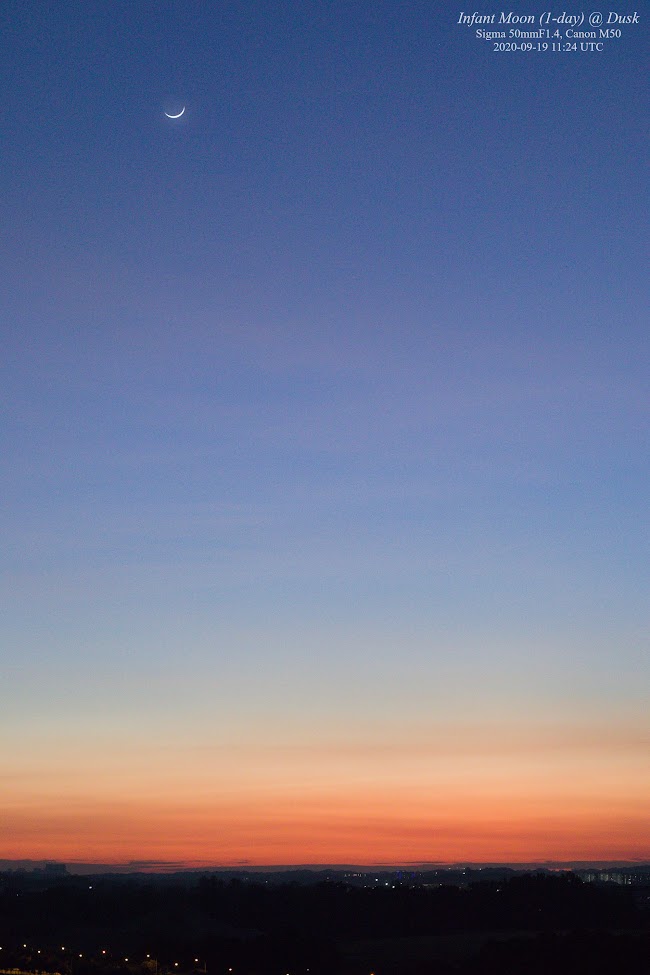 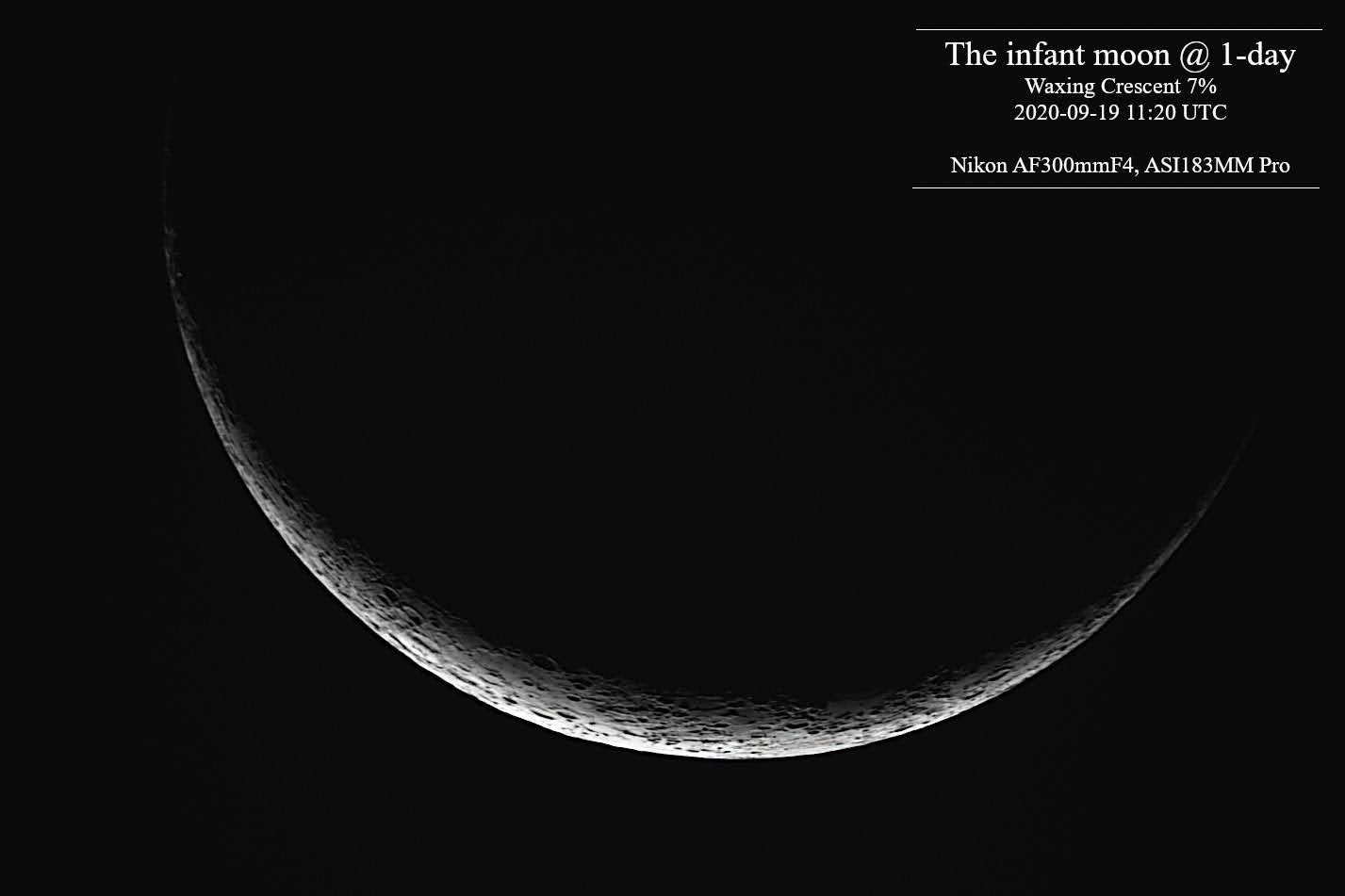 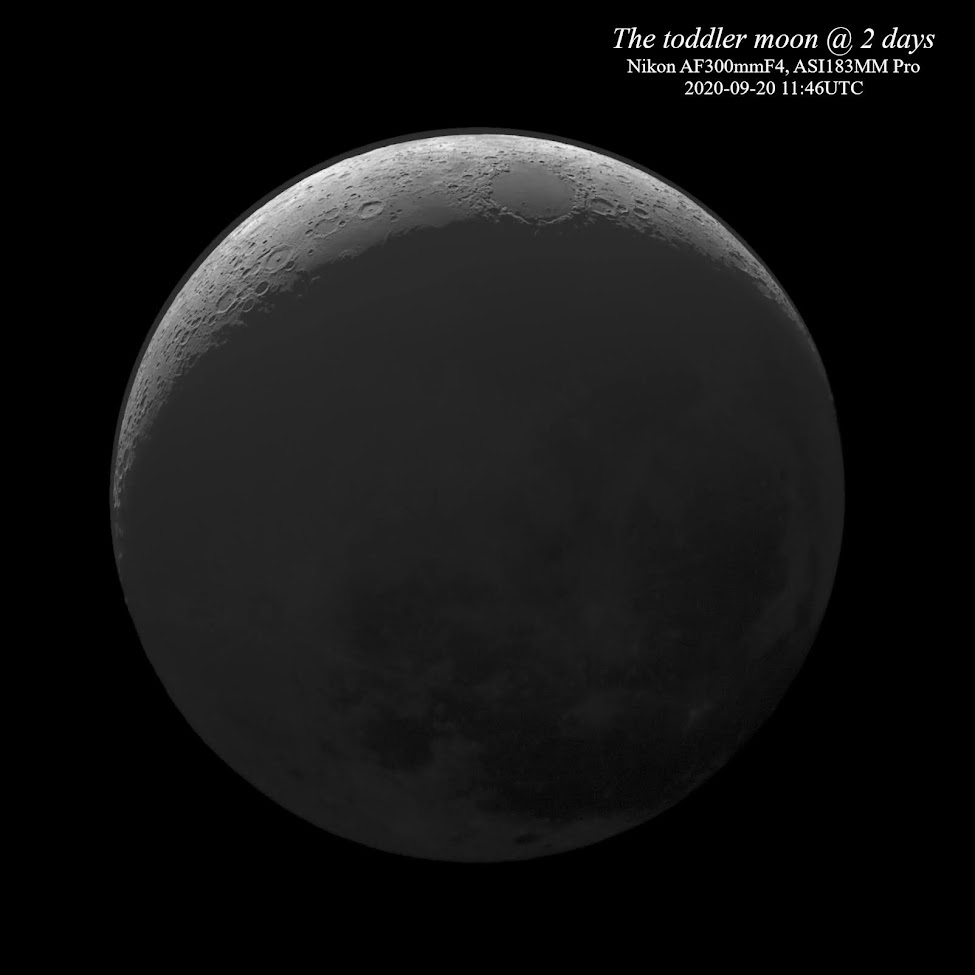 Given the one cloudy night after another, I cannot miss the brief windows of clear skies at dusk. And probably the only object of interest is no other than the moon (and some planet). 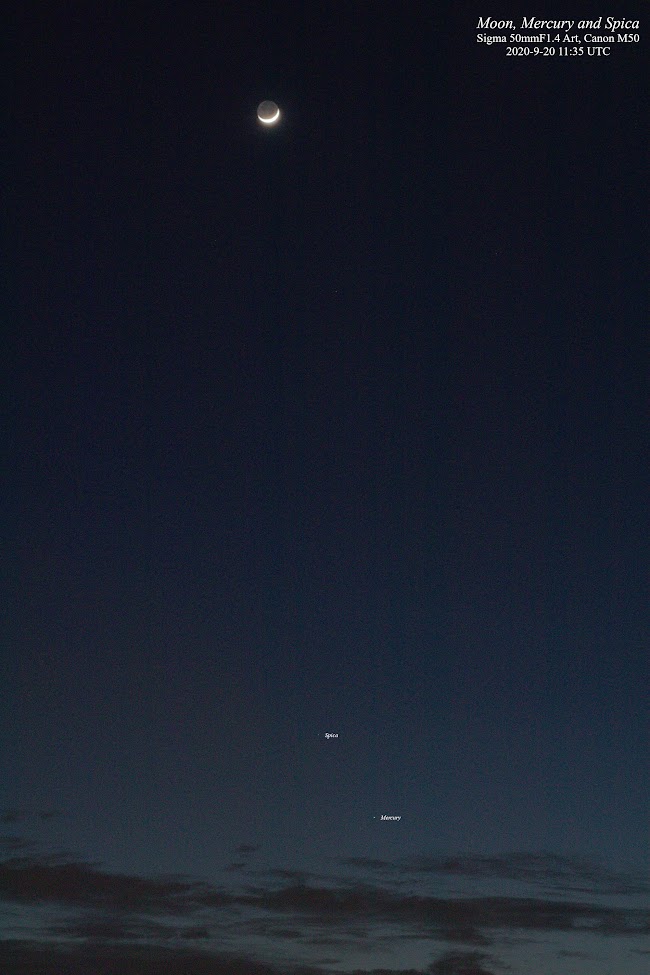 Never give in to the cloudy skies! 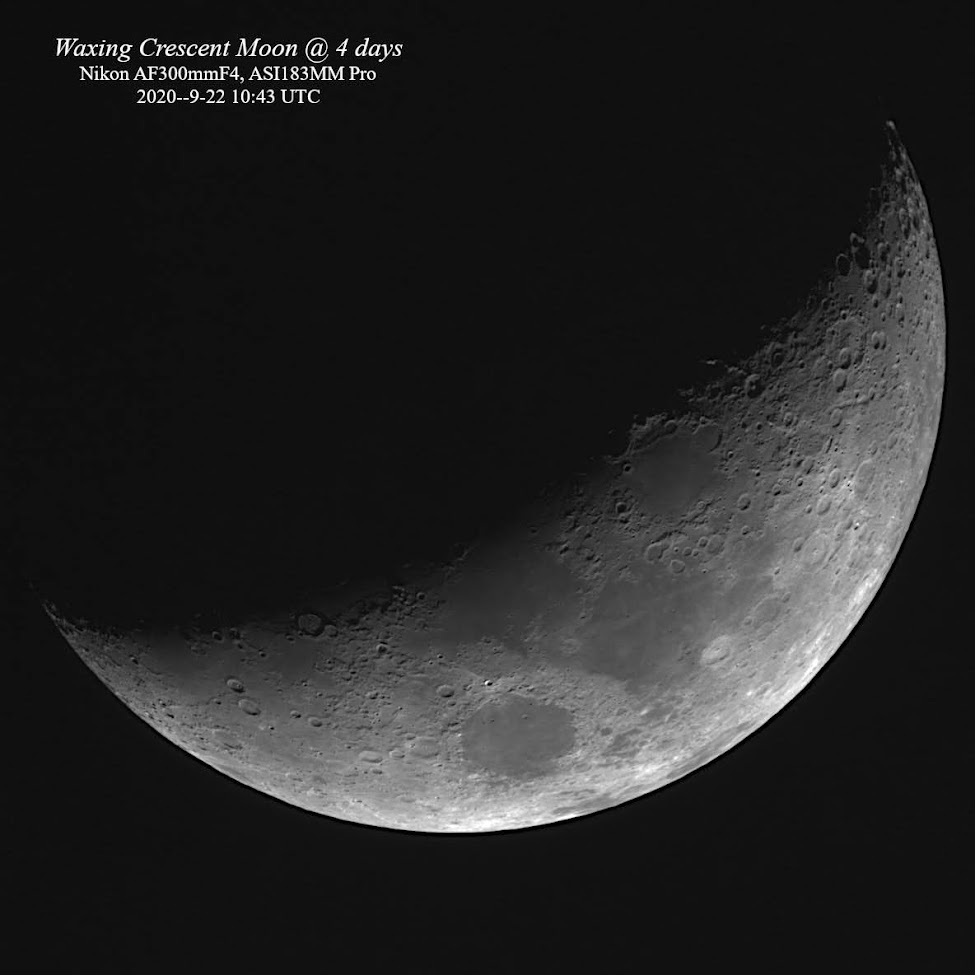 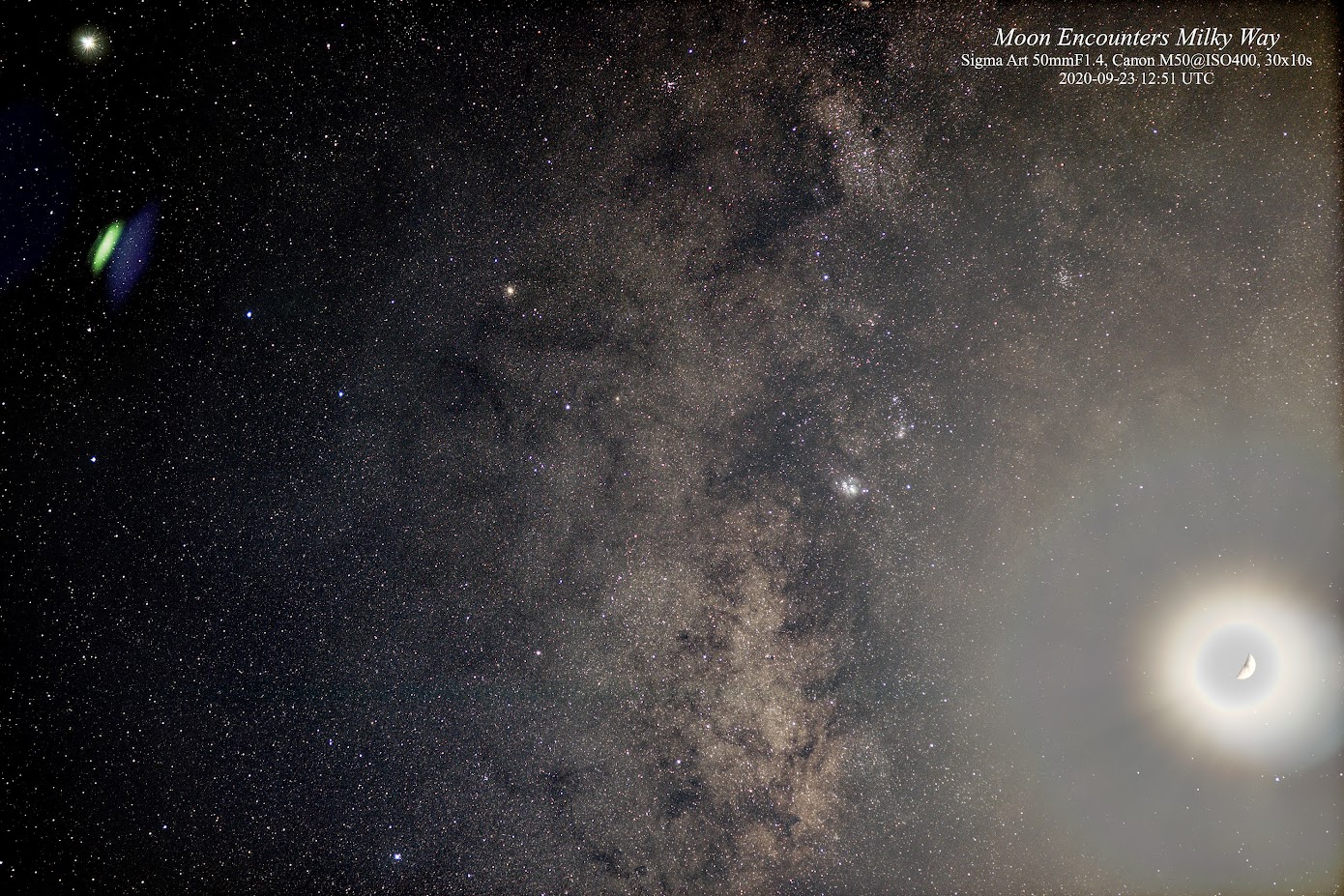 A large of of the image is blown out by the shinning moon. Did a bit postprocessing to bring out some details and superimposed another picture of the moon itself.

Jupiter in the upper left corner. The tea-pot asterism of Sagitarrius is to the lower left. Many interesting galactic gems are present.
Top

The moon, one day older. 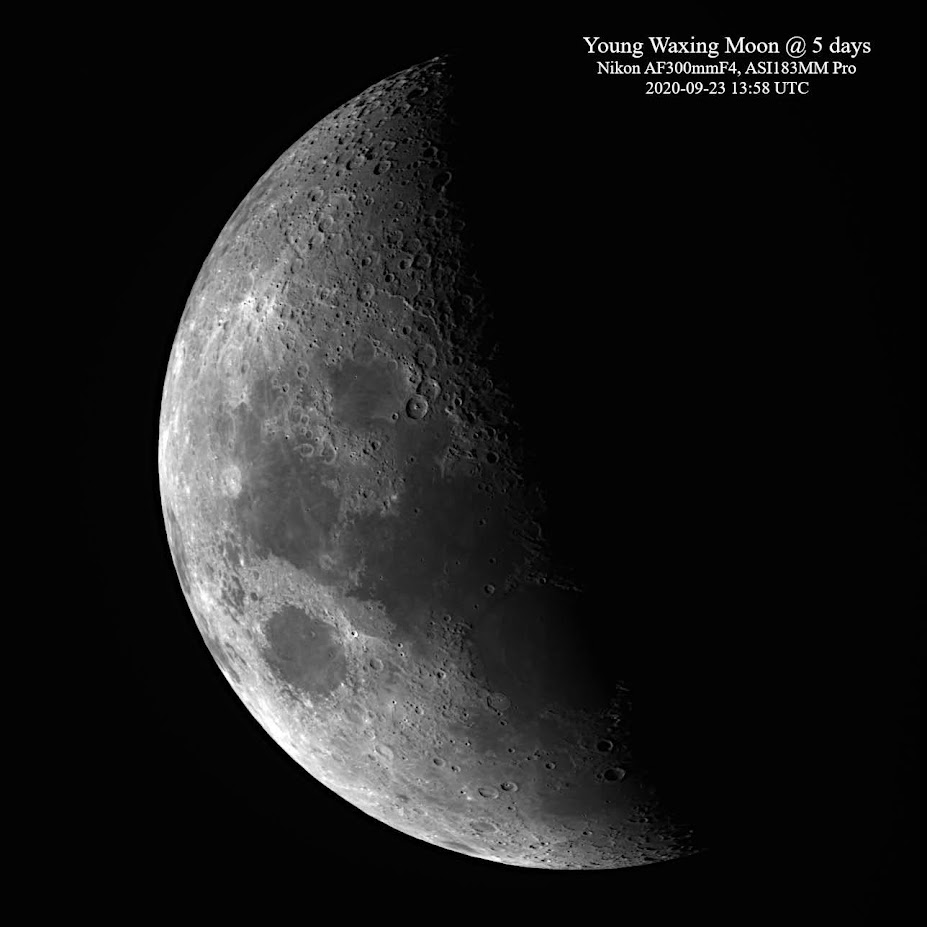 Only two deep sky objects (both are globular clusters) are visible. 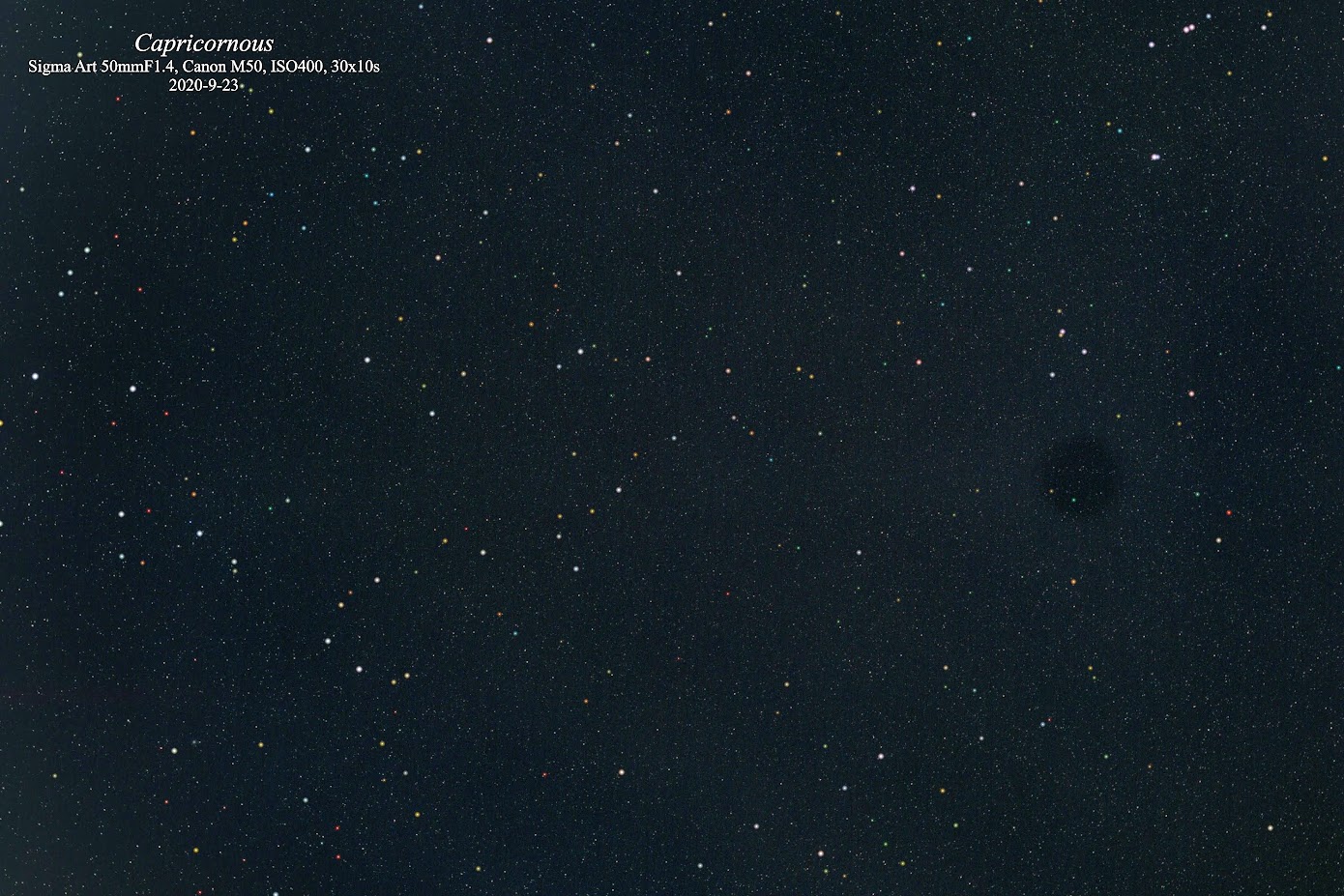