CCD vs Film? Lots of time vs no patience? Alright, this is your place to discuss all the astrophotography what's and what's not. You can discuss about techniques, accessories, cameras, whatever....just make sure you also post some nice photos here too!
Post Reply
3 posts • Page 1 of 1

Another unexpected clear night. Imaged another part of the milky way containing the Eagle and Omega Nebulae. Tried manual dithering in RA and DEC, also tried out new method to take flats. Walking noise not seen now, not sure whether it's due to the dithering or the dense star field.

The Eagle Nebula (right), also known as M16 or the Star Queen Nebula, is a star-forming nebula with a young open star cluster located in Serpens. The name Eagle comes from the nebula’s shape, which is said to resemble an eagle with outstretched wings. M16 is home to several regions of active star formation. These include the famous Pillars of Creation.

Just to the south of the Eagle Nebula is the Omega Nebula (left), also known as M17. The Omega Nebula is one of the brightest star-forming nebulae located in the constellation Sagittarius of the Milky Way. M17 contains an open cluster of 35 hot, young stars which are responsible for the nebula’s glow. The cluster is only 1 million years old, which makes it one of the youngest known clusters in our galaxy. 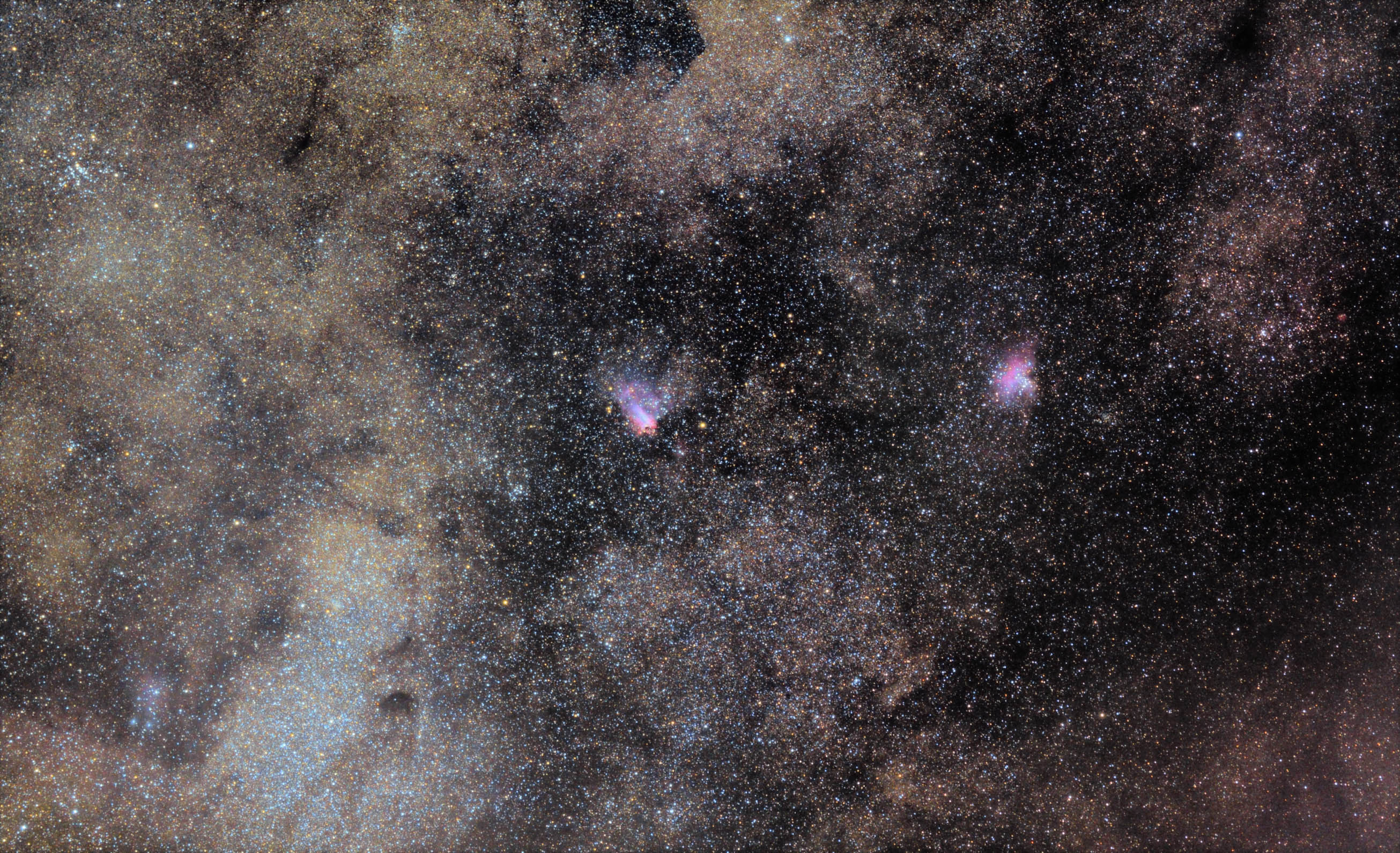 Did you stop down the lens or just use the full aperture?
Top

Did you stop down the lens or just use the full aperture?

Thanks! I used it wide open at F2 to maximise the amount of light collection. I find the star shape pretty good wide open although I have not tried stopping it down. The CA is not very obvious too when wide open and easily removed in post-processing.
Focusing though is kind of tricky, just 1 tiny touch and the thing is out of focus. A bhatinov mask helps alot but there's still a tiny room between sharp and very slight out of focus.
Top
Post Reply
3 posts • Page 1 of 1