Wanna make a scope? Or better still, grind a mirror yourself. Or, you have some good tips in making a really useful accessory? This is the place to show what your hands can do...
Post Reply
4 posts • Page 1 of 1 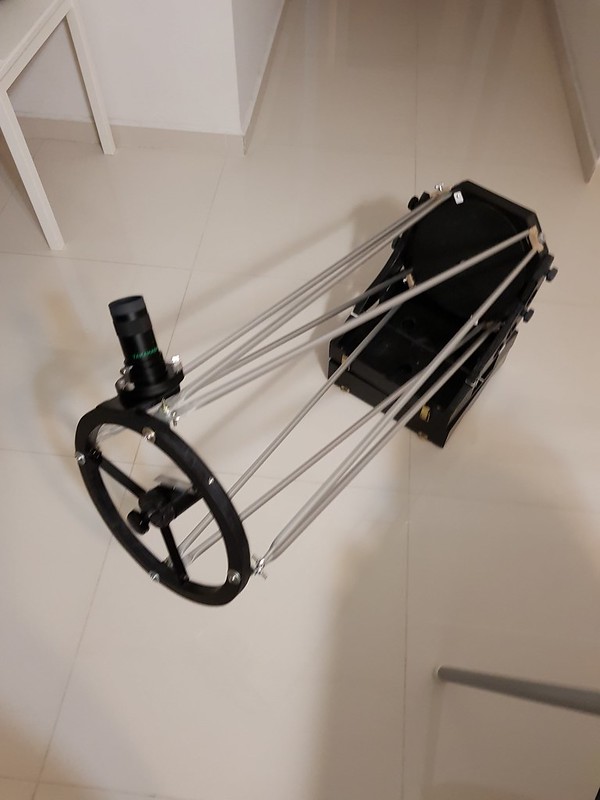 Only a few things remain to be done, such as touching up the paint, covering the poles with heat-shrink, and painting the truss clamps. Total cost of materials for build = 150 bucks. Mirrors = 500 bucks.
Top

Looks interesting! ...When is first light ?

I did a partial first light Saturday and Sunday nights. Partial, because I had it set up in my living room and just looked at a single region through the window, just to check focus and collimation. I've to say it went better than I had expected. I used a collimation cap to get rough collimation, and pointed the scope at some stars in the north. Surprisingly, despite being F4, the coma was not objectionable. I was able to use a Tak 30mm LE, as well as a Baader 8-24mm MKIII. The former was light enough that I could use two bungee cords barely stretched at Zenith. The latter was very heavy, and I needed to pre-load the bungee cords by running them along a slightly longer path. After this small adjustment, I was able to point at all directions easily. The movement of the scope was surprisingly smooth, and small adjustments to center objects were possible.

Overall, I'm very happy with it. Now, I'm looking to put in some permanent studs onto which the cords can be hooked, and which can serve as feet for the box when standing. I'm also toying with the idea of splitting the truss tubes in two, so that it's a bit easier to carry. However, I'm worried about the rigidity after cutting, so holding off for now.
Top

I finished up the scope in mid March. Brought it to Sentosa in end March during our family staycation, and was able to deploy it in about 15 mins. Pack-up is about 10mins. 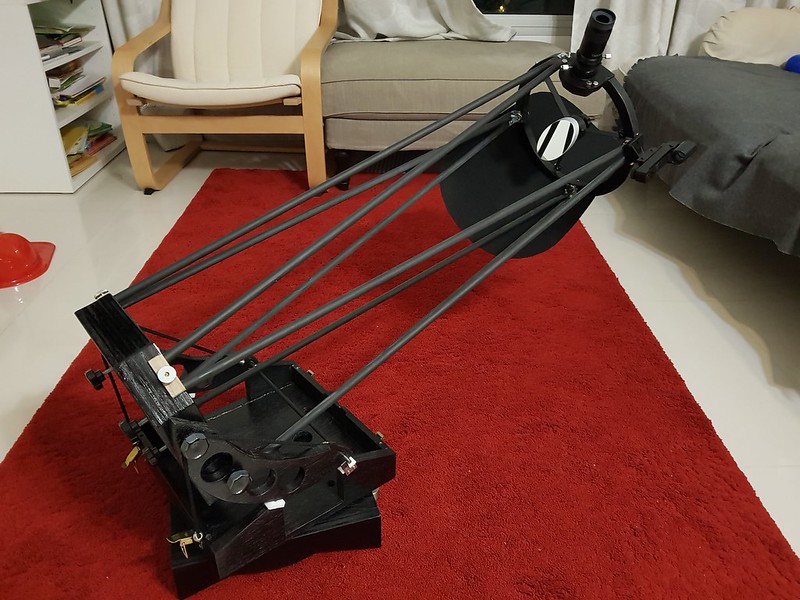 Here it is packed up: 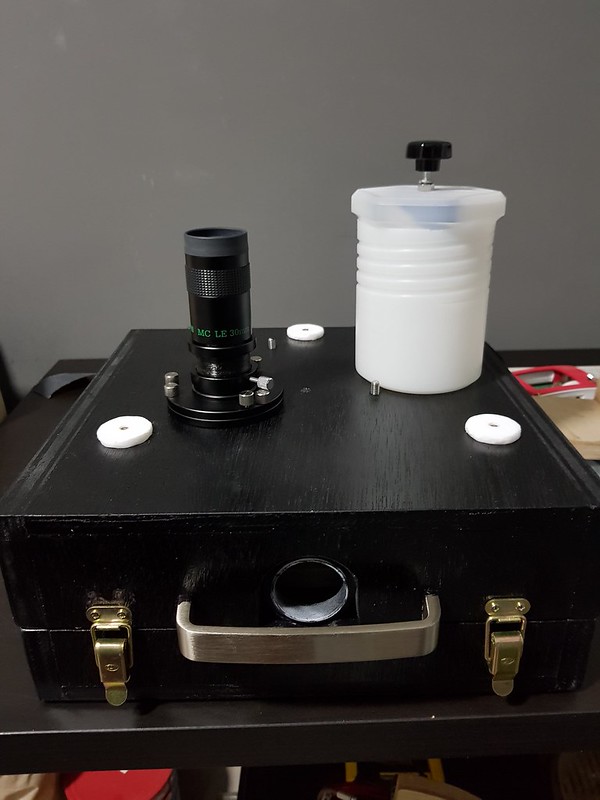