.
A recollection of my visit to the Gunma Astronomical Observatory (GAO), 150km north of Tokyo.
24-25 December 2016
http://www.astron.pref.gunma.jp/e/ 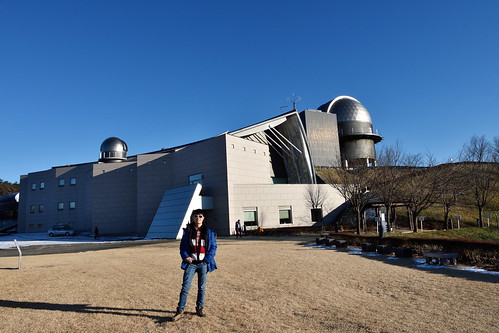 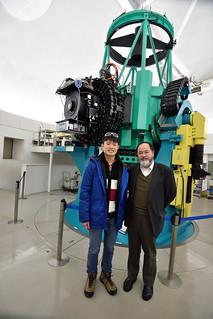 This observatory is situated in the Japanese alps north of Tokyo. First off, the skies in Japan were very much clearer than what I am used to seeing in Singapore with fantastic transparency. There seemed to be a small amount of light pollution even at the observatory, either that or it was skyglow. Not sure, perhaps I am too used to seeing the orange glow of Singapore's light pollution. However, the stars shone brilliantly and Orion almost literally popped from the sky! 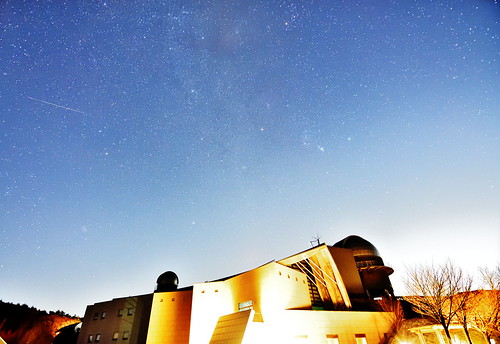 GAO, Orion, and a shooting star

I visited the observatory over two days, once at night for the stargazing session and the next day to check out the outdoor exhibits. Due to the fact that the observatory was really dark, I did not fully appreciate the size of the telescope until I saw it in daylight. There are three main domes in GAO, one housing the 150cm, the 50cm and finally a smaller array of solar telescopes.

Two observatory domes were open during the night stargazing session; the 150cm telescope as well as one housing a smaller 50cm telescope. Both domes were comfortably connected via a nice warm corridor, a real plus point during winter! Some interesting posters on the observatory are placed along the way, although most of the information is in Japanese (which unfortunately I do not understand). 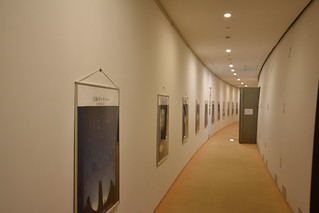 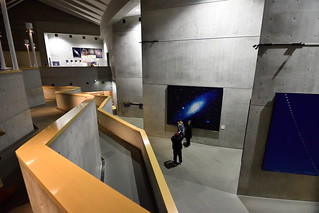 Now to the observatories. The 50cm telescope hoped around from object to object, showing several open clusters and other target visible in the winter night sky. Unfortunately the scope was slightly out of focus and it seem like the focal point was too far in front of the eyepiece. Focus was achieved by a ring behind the eyepiece which was connected to a long extended arm from the telescope, much like a gigantic star diagonal. I was puzzled as to why it would be like that and tried to articulate my concern to the person handling the telescope but due to the language barrier, I was unable to get my message across. Or perhaps his eyesight was slightly different to mine. Nonetheless, still an interesting experience in the smaller dome where the telescope was controlled from a computer in an adjacent room. 50cm is by no means small and I could only imagine what its views would have been like under those pristine winter skies! I have to admit it got rather chilly in that dome whenever a breeze moved through the doors. 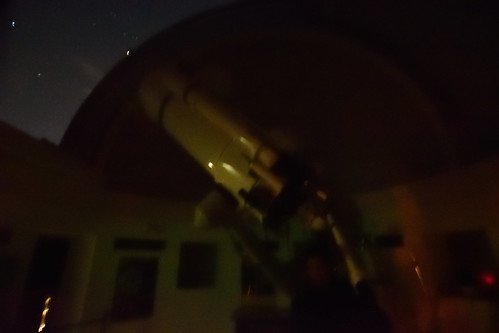 The 150cm telescope had only 3 objects on schedule for viewing through the night with the giant pointed at each target for an hour – Uranus, the star TX Piscium and the great Orion nebula. Disappointingly, the telescope reveal no detail on Uranus, although it was seen as a clearly defined blue disk. TX Piscium was very deep red and while shining at around magnitude 5, seemed pretty bright bright in the telescope, much like Antares through a small scope at high magnification. It seems to be an object of interest to professional astronomers – I read up a little later on after hearing the explanation of the resident researcher who was mending the telescope at that time. This star is a variable carbon star which gives rise to its redder tint and the researcher at that telescope help a diffraction grating up to the eyepiece for us to view the star’s spectrum. I thought it was really cool as it was the first time seeing the live spectrum of the star, and with sharp eyes you could pick up the absorption lines too. 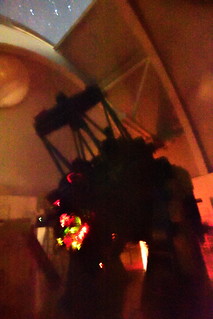 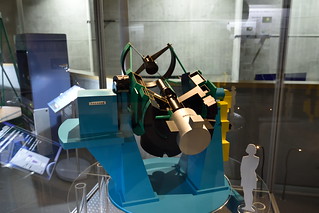 So dark... the dim red lights didn't help at all!

Finally, the telescope panned to the great Orion nebula. I have had the chance to view this nebula through many telescopes over the years, from my C8 in Mersing, a C14 in Western Australia and an 18 inch dobsonian at an Astro BnB in southern Queensland. Well since 150cm works out to about 60 inches, I had expected the image to be 3 times better than through the 18 inch dobsonian. Nope, it was only marginally better. In fact I could not even pick up any colour through the telescope, although the amount of detail visible was incredible, exactly like a glowing image from a CCD. The magnification used was also rather high, probably about 100x so the entire trapezium region was crystal clear.

Comparing the views of Orion nebula through the 3 telescopes mentioned, particularly for bright objects, there seems point of diminishing returns. I guess large apertures would be very good for the faint fuzzies but till I get a large dob for myself…

Apart from the telescopes, the observatory house several interesting exhibits which made for a nice trip back the next day. The researcher there who was operating the 150cm telescope the night before recognised us and kindly guided us around. Revisiting the beast in daylight reveal an impressive piece of equipment. Huge coolers for the CCDs as well as a monstrously sized field rotator which our guide said was a real headache to install. 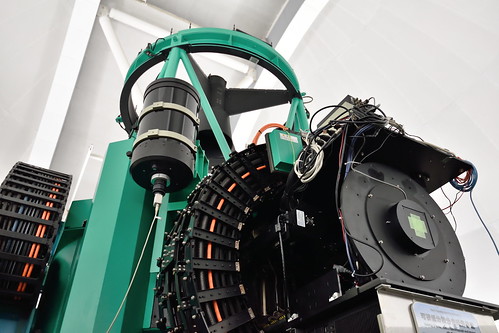 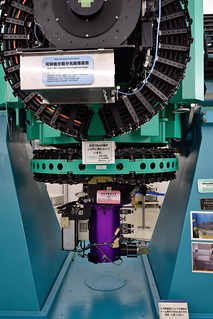 So much for us amateurs struggling with cable management – this is the real deal!

Outside stood a plethora of sundials for every time of the year and a full sized replica of the Stonehenge. One of them of course, telling the exact time that day. 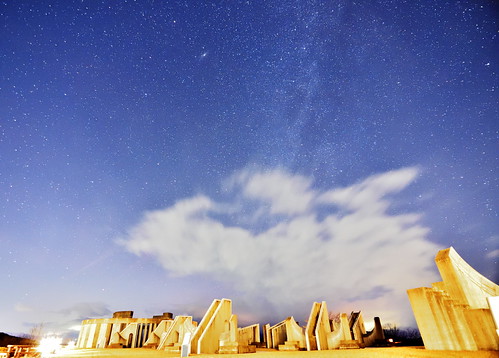 I was very intrigued by the live projection of the sun as it was accompanied by its spectrum. The absorption lines were very clearly visible and it is really nice to be able to see both the full image and the spectrum simultaneously. Unfortunately the sun was spotless at that time (at least based on the projected image). There were several other small stations describing other aspects of astronomy and the work done at GAO but they were all understandably and unfortunately in Japanese. 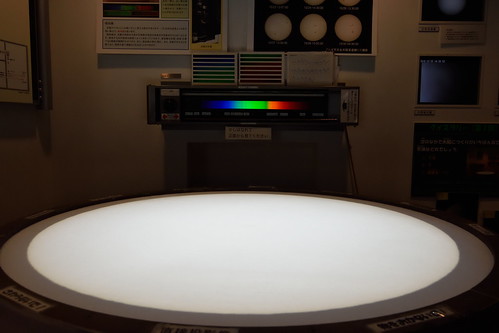 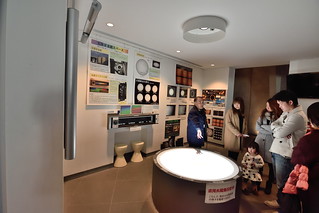 The only downside at GAO was the main carpark was a fair climb from the observatory itself, but they used the long flight of steps to set up a scaled version of the solar system. For sure it was much better knowing we had climbed past Uranus than that we were only halfway. Nonetheless, my mum could not really handle the climb and they were more than happy to pick us up at the lower gate.

All in all, GAO is a really nice place to visit for any astronomy or science enthusiast. The idea of being able to get close and even look through a 150cm telescope used by professionals is in itself thrilling. If you've read my diary entry to this point, you should add it to your astro bucket list!

PS: Another place worthy of a visit would be Miraikan, National Museum of Emerging Science and Innovation in Tokyo.

Scroll on for more pictures!
Or see them here https://flic.kr/s/aHskSL84pK 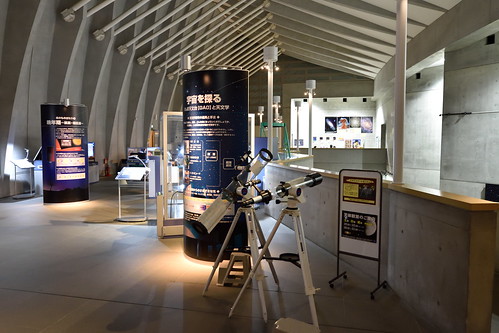 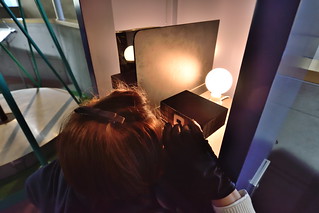 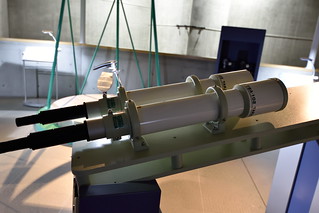 Here showing the spectral lines of different bulbs.
And the other pic demonstrating the effect of aperture size... Being Japan, using Takahashis of course! 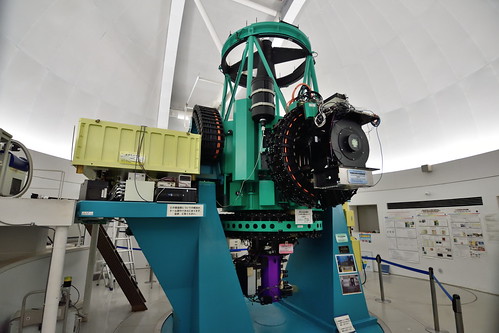 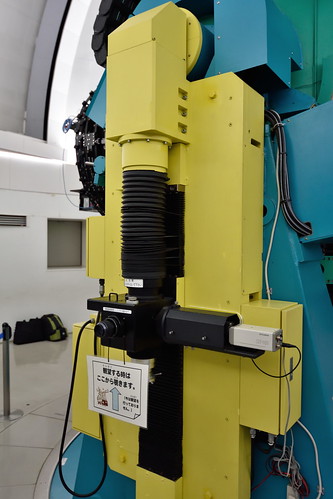 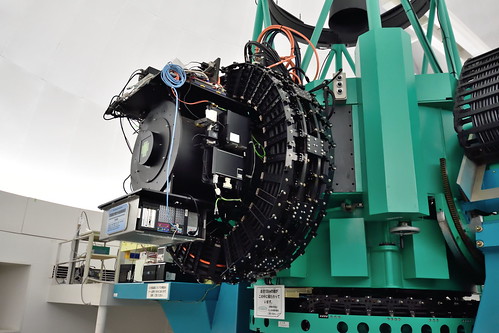 And the field rotator... 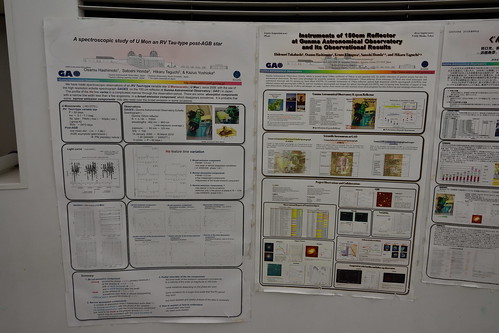 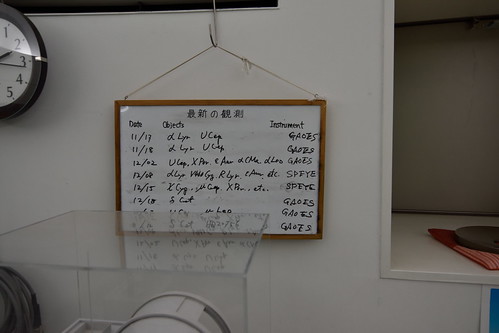 Nice report and pics! The ep assembly of the big 60inch sure looks different

Cool trip! Is the observatory opened for everyone? I mean - do you have to pay to enter?
To want to, is to be able to.
Top

ljung.j wrote:Cool trip! Is the observatory opened for everyone? I mean - do you have to pay to enter?

Yes the amazing part is that it is opened to public. If memory serves me well, they charge an entrance fee of 300yen, though I think it's more than worth the money! I've added their website to my post in case anyone in the future has thoughts of visiting this place.
>>> Follow me on Instagram @cosmic_palette <<<
https://www.instagram.com/cosmic_palette/
Top

Indeed! They stick very strongly to their principle of sharing professional science with the layman.
>>> Follow me on Instagram @cosmic_palette <<<
https://www.instagram.com/cosmic_palette/
Top
Post Reply
5 posts • Page 1 of 1