Alright, this is for sharing of your observation experience. Or, if you are arranging gatherings, star-gazing expeditions or just want some company to go observing together, you can shout it out here.
Post Reply
95 posts

Hi Alfred
Nice photos..... That fat tail of 2790 on your photo most probably is that filament I saw on 11 dec. Thanks for sharing the photos. The
http://www.chia-astroblog.blogspot.com
Top

Today sun
540nm......spotless sun.
Cak sun....... Both east and west of sun's southern belt showed up with bright regions.
Nothing show up on the northern belt.
In Ha 5A........2790 region going to the other side of the sun. A wall type prominence seen with 3 gas sprites throwing gas into the prominence wall. Interesting structure.
At 2792 region, a prominence that look like the flame of a candle evolved.
Both regions have filaments attached.
http://www.chia-astroblog.blogspot.com
Top

Today sun
At 540nm....... Spotless even though spaceweather indicates 2 sunspot.
At Cak...... 2 bright spot visible just rotated into view.
At Ha, double stacked....... At location on southern belt just rotated into view, 2 bright spot visible with good showing of a twister type prominence at edge. In front of 2790 is a series of filaments., and interestingly on top of one of those 2 bright spot, a filament. The region rotating out of view is also very slightly brighter.All in all, the southern belt seem to be BOILING with activities.
Another 2 small prominence are visible in the north edge of the sun.
http://www.chia-astroblog.blogspot.com
Top

Today
At 540nm...... Able to see only sunspot 2792,2793 as 2 tiny tiny spot on the sun. Its so small that initially its not visible., only upon putting another filter to decrease the intensity of the image was that 2 tiny dot visible..... Really tiny.
At Ha 0.5A bandwidth....... Only sunspot 2792,2793 show up as bright regions. However, several prominences show up, both in southern belt edge and northern belt edges. No filaments seem.
No time for Cak as it rain after that.
http://www.chia-astroblog.blogspot.com
Top

Thanks for a concise report.

Yesterday, the seeing condition was too poor for high-resolution imaging. The lack of large sunspots was the other reason I didn't get to observe the Sun. I am looking forward to seeing the active region that will probably be visible in 2-3 days time as shown in the image below from https://stereo.gsfc.nasa.gov/ 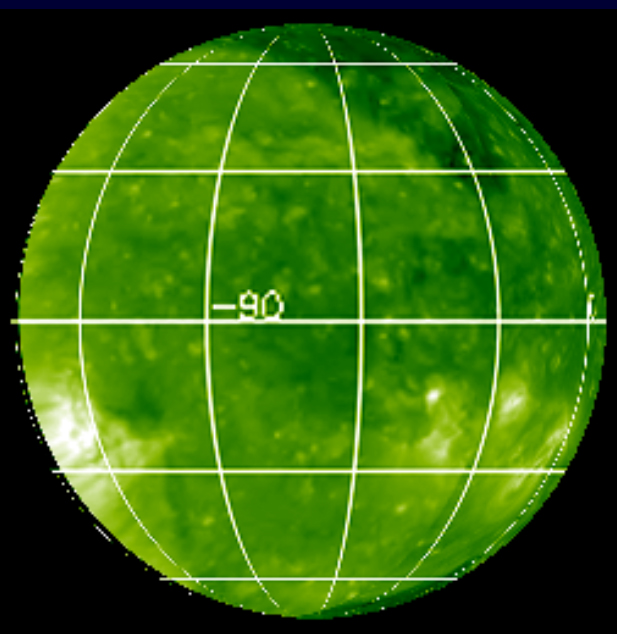 The marked -90 is the eastern limb.

Hi All interested in the sun
Thanks Alfred for the info and looking forward to it.
Today good clear sky from 9am to 12noon.
At 540nm..... Fail to see any spot even after applying the dim filter trick.
At Ha 0.5A bandwidth....... Previous 2793 location and a adjacent region show up as '' several bright cracks ''., in front and towards the south were several filaments indicating a boiling sun again in the southern belt.
The northern belt in contrast were inactive. However at the pole there's a bright dot.
At Cak..... All those bright region repeat itself., except without any filaments.
A point to note:photos were taken, and I notice that unlike the case of Ha 0.7A, I just can't manage to remove the newton rings in my afocal photos.
http://www.chia-astroblog.blogspot.com
Top

Today 22 Dec 2020.....10:30 to 12:30 sun
At 540nm...... Sunspot 2794 show up as a umbra with 2 superimpose dot, one big one small and surrounded by a penumbra.... Clearly a sign of activities to come.
At Cak...... Interesting region of activities with the edge shinning brightly at 2 locations. If I guess, some kimd of flare is going on. One of the dot even swell above the sun's edge. In factit become a PROMINENCE IN CAK..... the first I photograph in this cycle. Soon, in about 10 mins it subsided.
2793's bright region is still visible.
In Ha 0.5A bandwidth...... As for the southern belt, same 2 regions as described for Cak.
However, activities in the northern belt show up not as bright region but as small prominence at the edge and as filaments in belt. This clearly shows that activities are going up in the northern belt.
Last edited by superiorstream on Thu Dec 24, 2020 2:15 am, edited 1 time in total.
http://www.chia-astroblog.blogspot.com
Top

Mr Chia and all who observe/image the Sun.

This was from 22 Dec, 08:55am, looking at Sunspot AR12794 in Calcium-K wavelength from extreme violet light emitted by ionised hydrogen in the lower chromosphere: 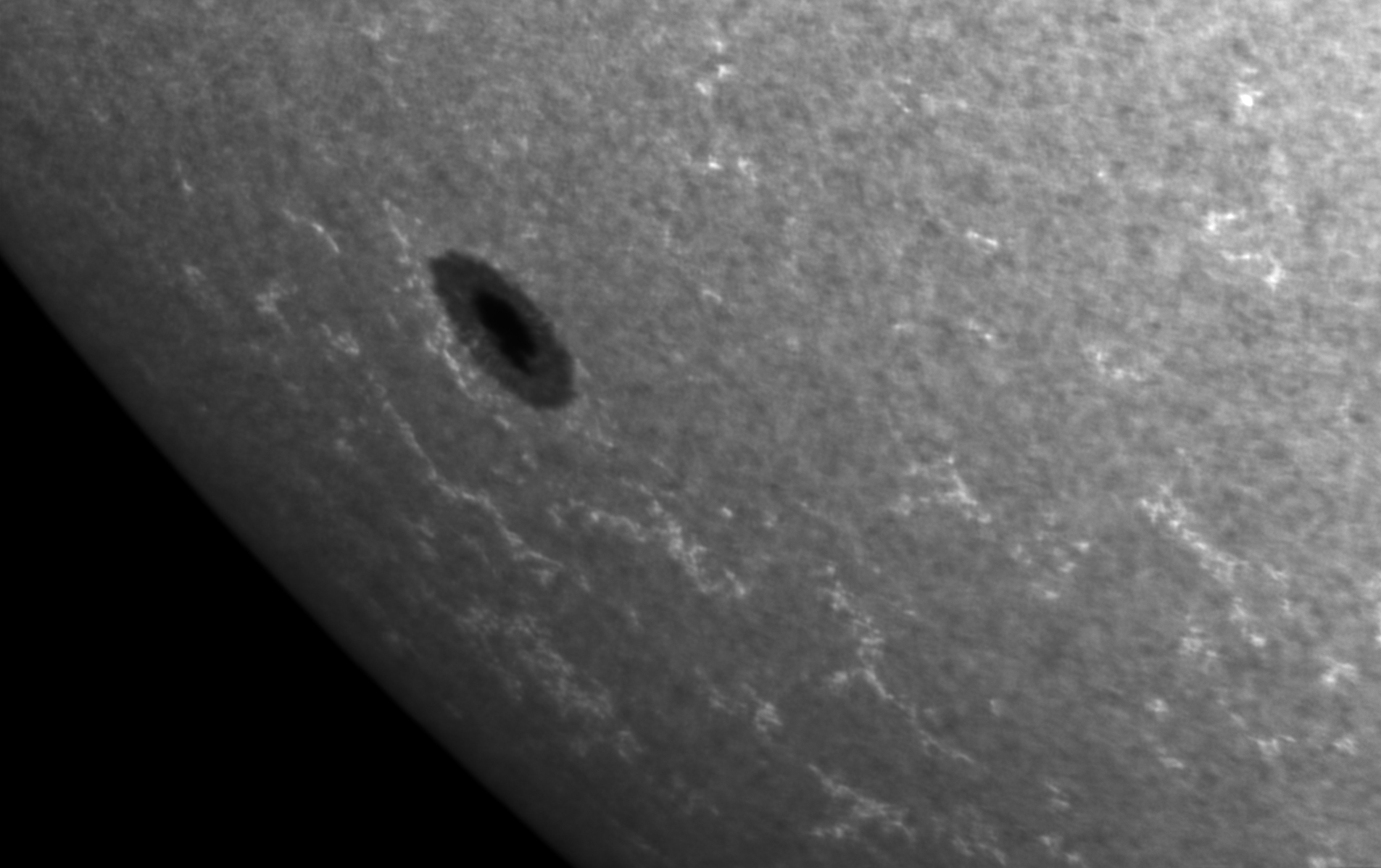 This sunspot looks quite dormant. Will it remain quiet or start to get busy? Watch and learn 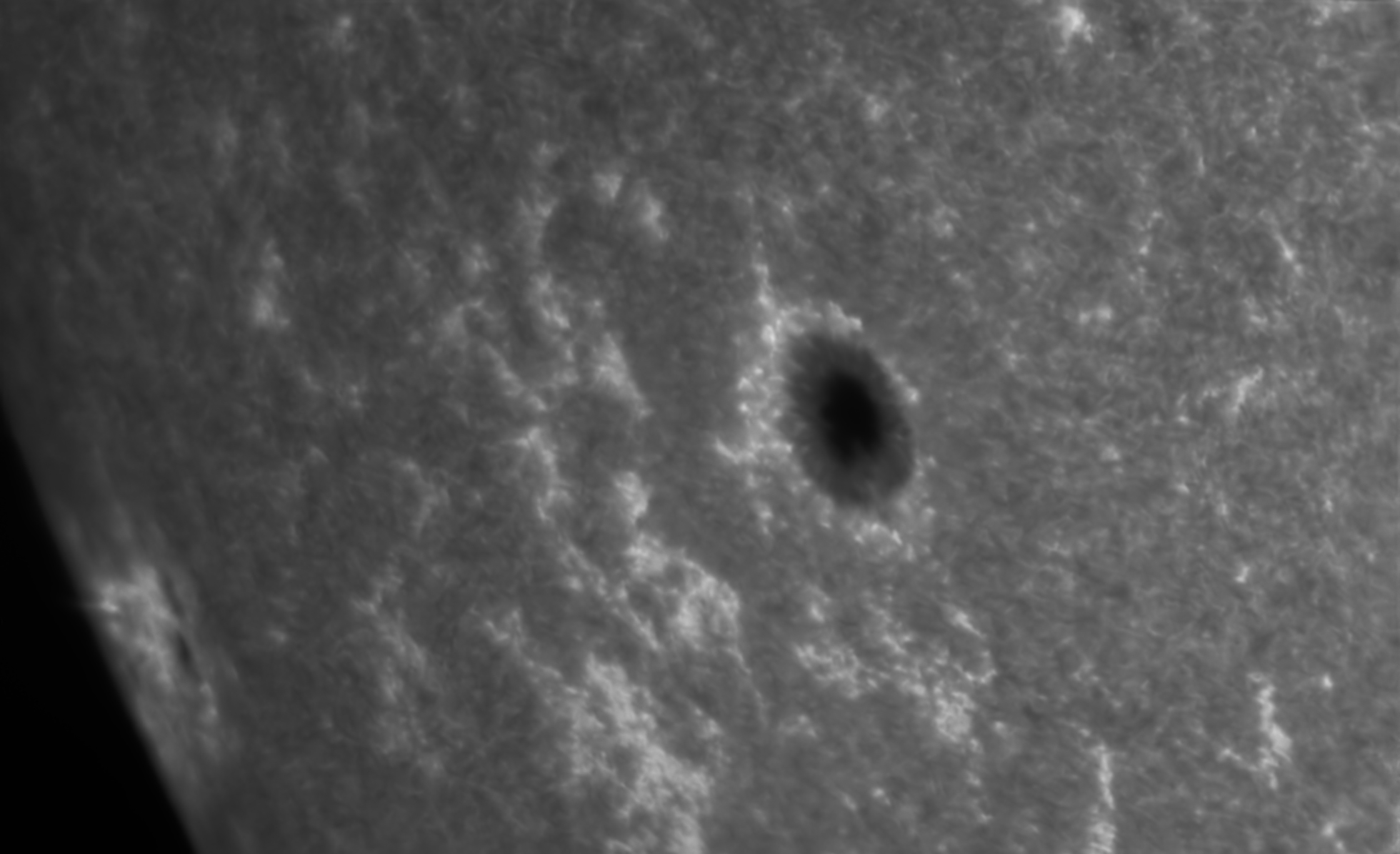 Hi Alfred and all solar observer
Today 23 Dec 2020 sun 4 to 6pm sun.....
At 540nm...... Still fail to see the emerging sunspot. Only 2794 seen with umbra as a big dark comma surrounded by a lighter penumbra
In Cak..... 2 regions glowing with crack like structure..... One at 2793 region, rotating out of view and another at 2794. The one at 2794 has 2 brighter patch., one of which is responsible for yesterday's Cak prominence.
In Ha 0.5A bandwidth..... Two patch like filaments in the northern belt. As for the southern belt, same as the Cak view except that both regions displayed a good show of several filaments, clearly indicates that that belt is still boiling., but note that there is a width gap of inactive region between the two. Also its observed that the 2 bright patch in cak associated with 2794., glow more brightly in Ha too.
Alfred photo is a very good close up of 2794. It's also interesting that in the 2nd photo, the new sunspot shows up. Will be looking for that tomorrow, weather permitting. Thanks for sharing the photos.
http://www.chia-astroblog.blogspot.com
Top
Post Reply
95 posts