CCD vs Film? Lots of time vs no patience? Alright, this is your place to discuss all the astrophotography what's and what's not. You can discuss about techniques, accessories, cameras, whatever....just make sure you also post some nice photos here too!
Post Reply
195 posts

The currently brightest comet C/2020 R4 was passing the Whale Galaxy Group field in the constellation of Canes Venatici. The encounter happened at around 2AM UTC -- Singapore's day time. No choice but to schedule a remote telescope task on SkyGems for the time -- but from that remote observatory location the comet would come close to the galaxy and fit into the same camera view just before it goes below the telescope horizon.

In the end, the task could not complete -- barely three subexposures were taken -- none with color filters, before the telescope ran into its horizon. And the three frames were 5mins each with a luminance filter -- comet trailing was quite significant due to its quick motion within the 5mins.


Anyway, this was the only chance to frame the comet and another interesting object into the same view. Better than nothing. 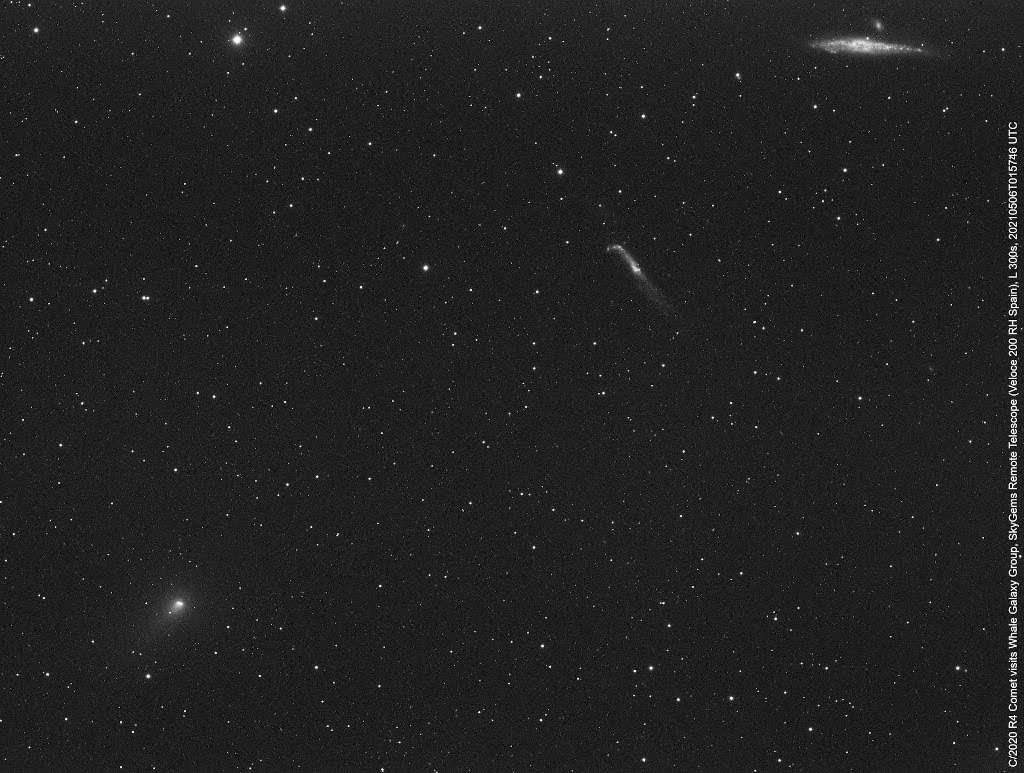 The most important cosmology astrophoto ever taken, by Edwin Hubble. .... and my discovery of something.

It is always in the original negative plate format -- black-white turns white-black. So I was just curious how it would look like in true black-white.

After the invert, it looks like a better picture of the galaxy, and this particular variable star -- the Cepheid that changed the mankind's understanding of the universe, became easier to pick up visually.


But I picked up something else... Did you also notice the images of those stars (mostly foreground stars -- those in our own galaxy)? They appear coma-alike -- meaning the telescope suffers a great deal of aberration!

Ahhh! The great picture by the great telescope (I think the then world' largest, 100-in reflector) by the great astronomer also suffers optical aberration!

Hmm. Now the average astrophotographers are far pickier than the great Edwin Hubble. 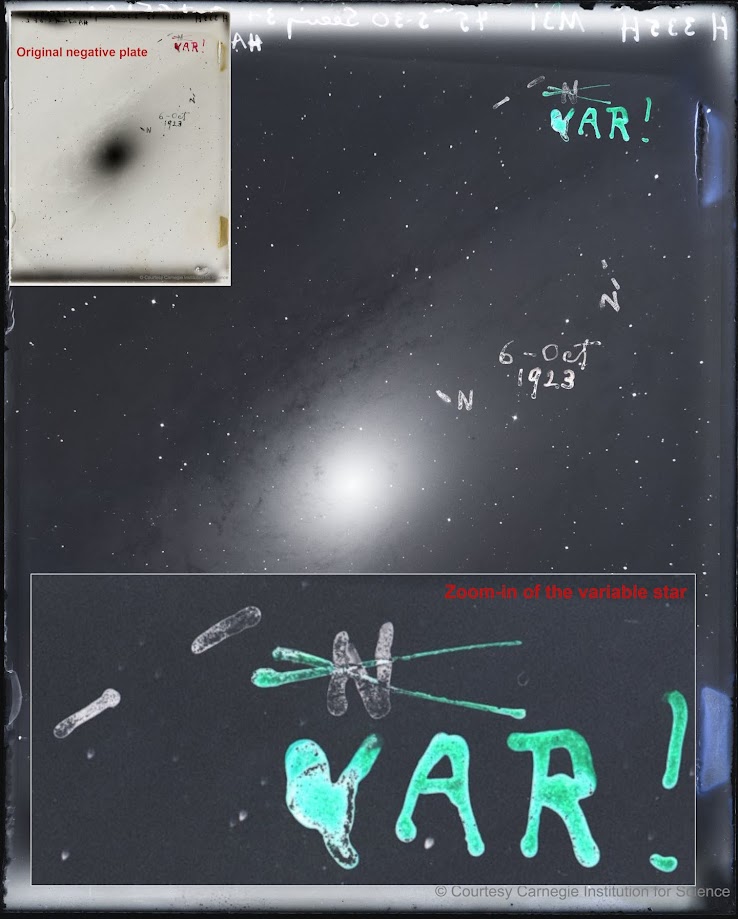 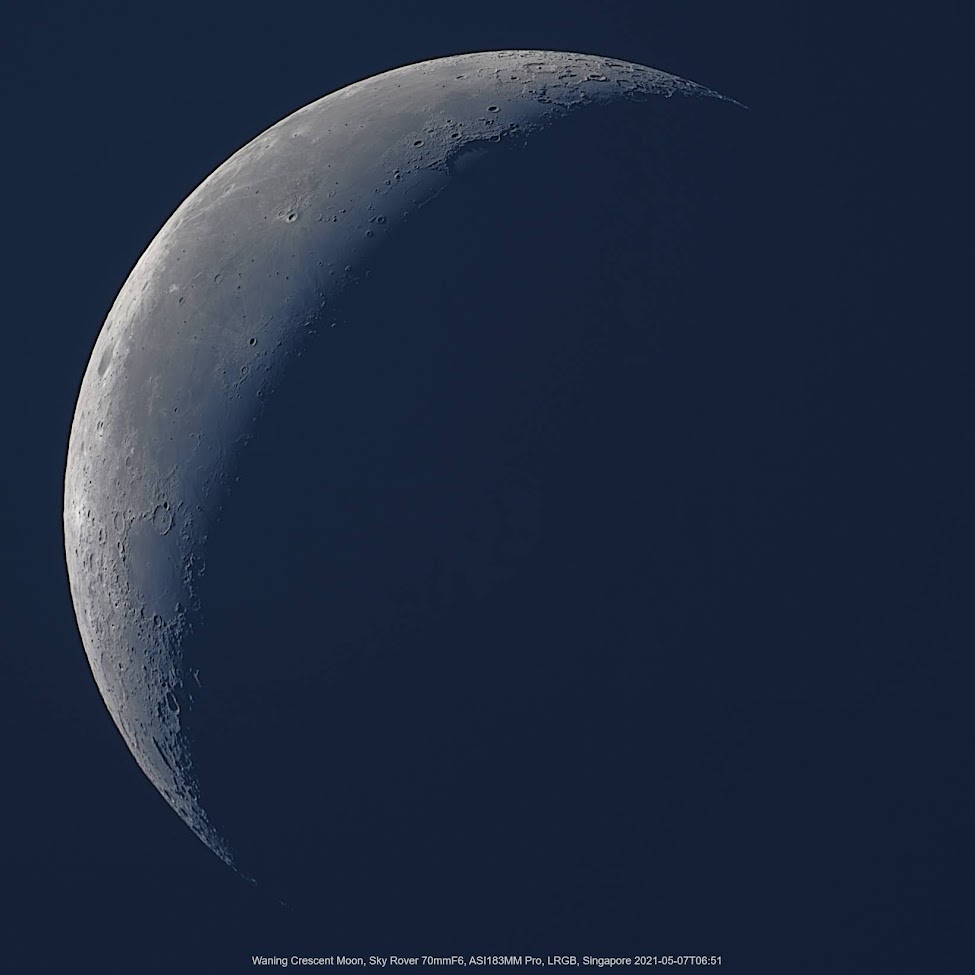 Bad weathers since Mercury had returned to the western dusk/night sky. Today it finally showed up through the gaps of clouds. 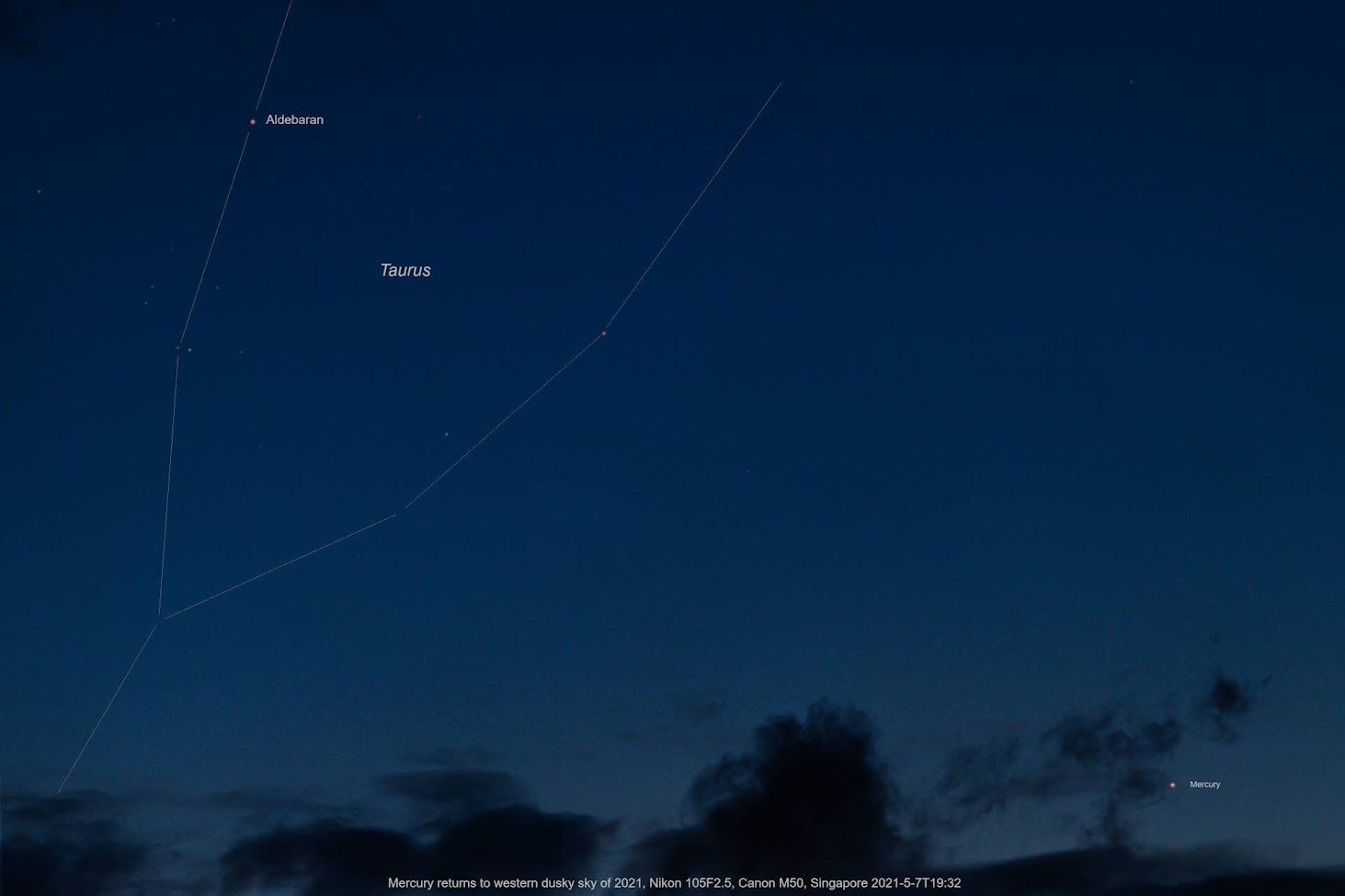 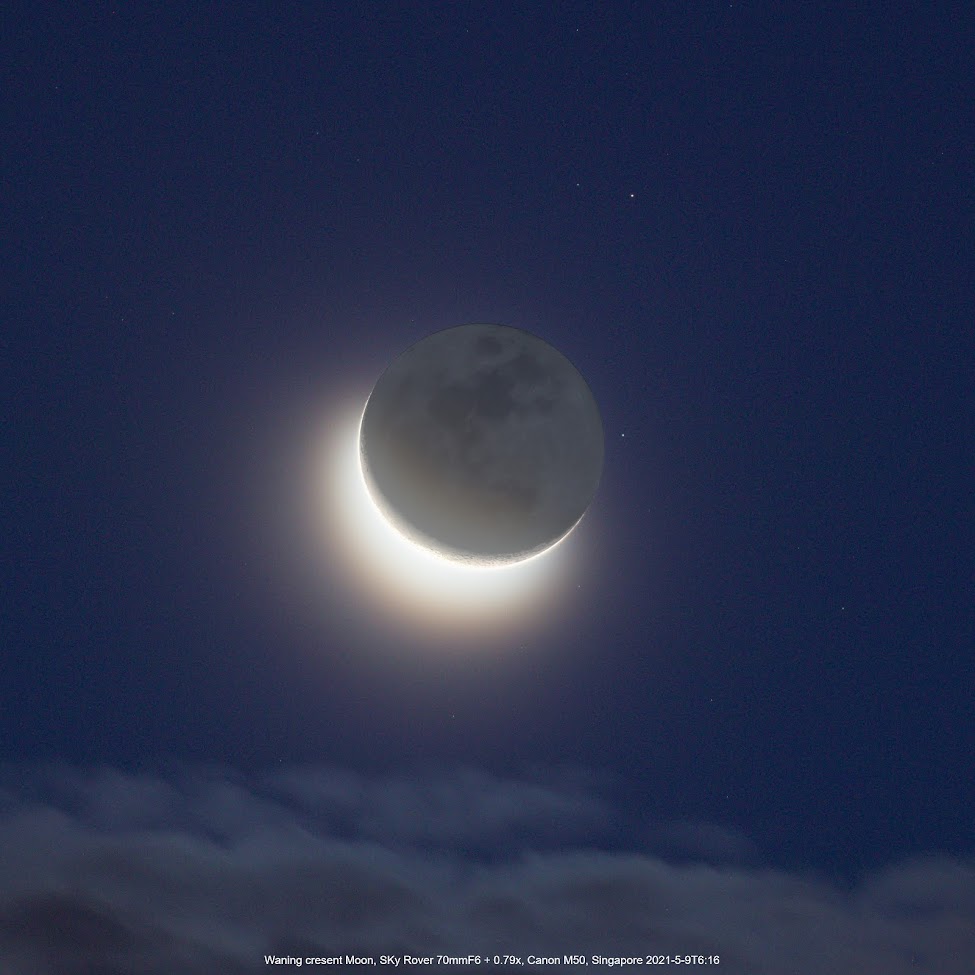 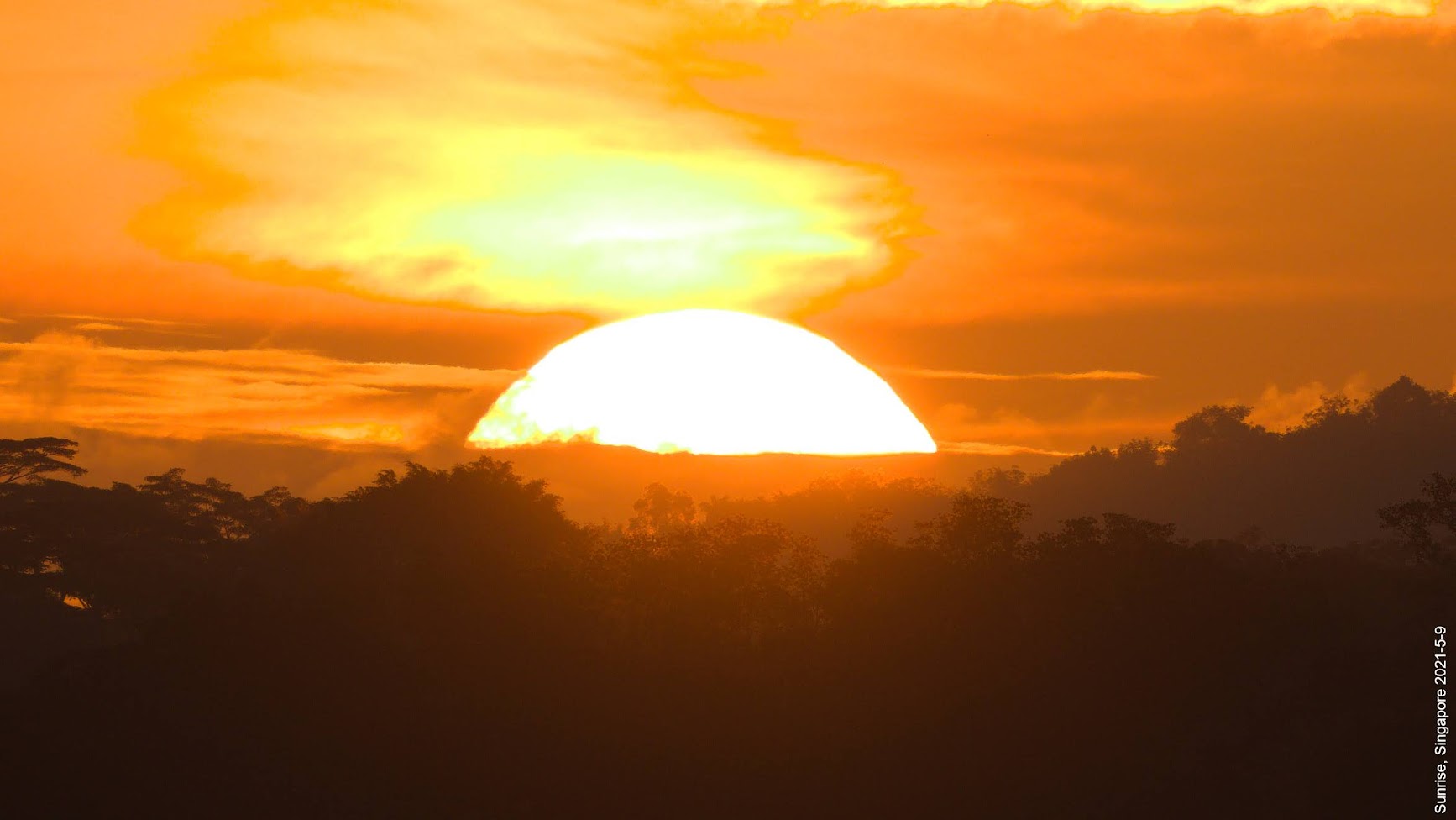 Thank you for the nice words!

This is my favorite hobby. No matter how many disadvantages here in Singapore.
Top

Given the semi-major axis is 2.643 for Eunomia and Pi for Hygiea, the ratio between the orbital periods is 1.296.

Measuring the two lines (arcs) of motion, the ratio between the lengths is measured at 1.301.

The error is merely 0.35%. This is partially because of the approximates here and there in this examination -- for example, the motion in the few days cannot be used to represent the (relative) orbital period due to the motion of the observer and the eccentricity of the orbit.

But it is a fun exercise anyway. 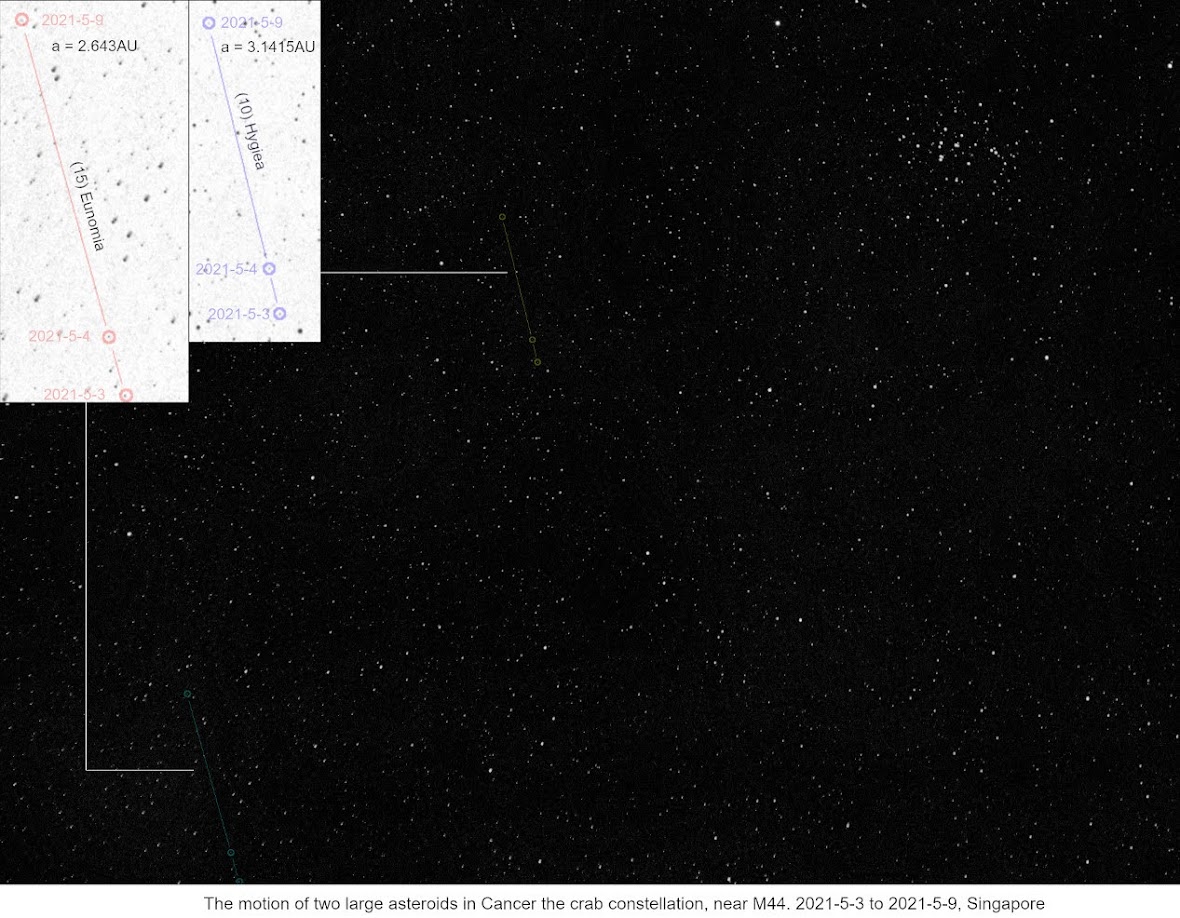 Now the question is this: when do you think Eunomia will catch up with Hygiea (same RA)? Don't use any tools. Just guess!
Top
Post Reply
195 posts